I have a tattoo of a butter label on my forearm. Yes, you read that right. I’m a baker. It makes sense to me. All of my tattoos are baking themed. My right arm will eventually be a sleeve dedicated to baked-goods. (Much to my father’s chagrin.) 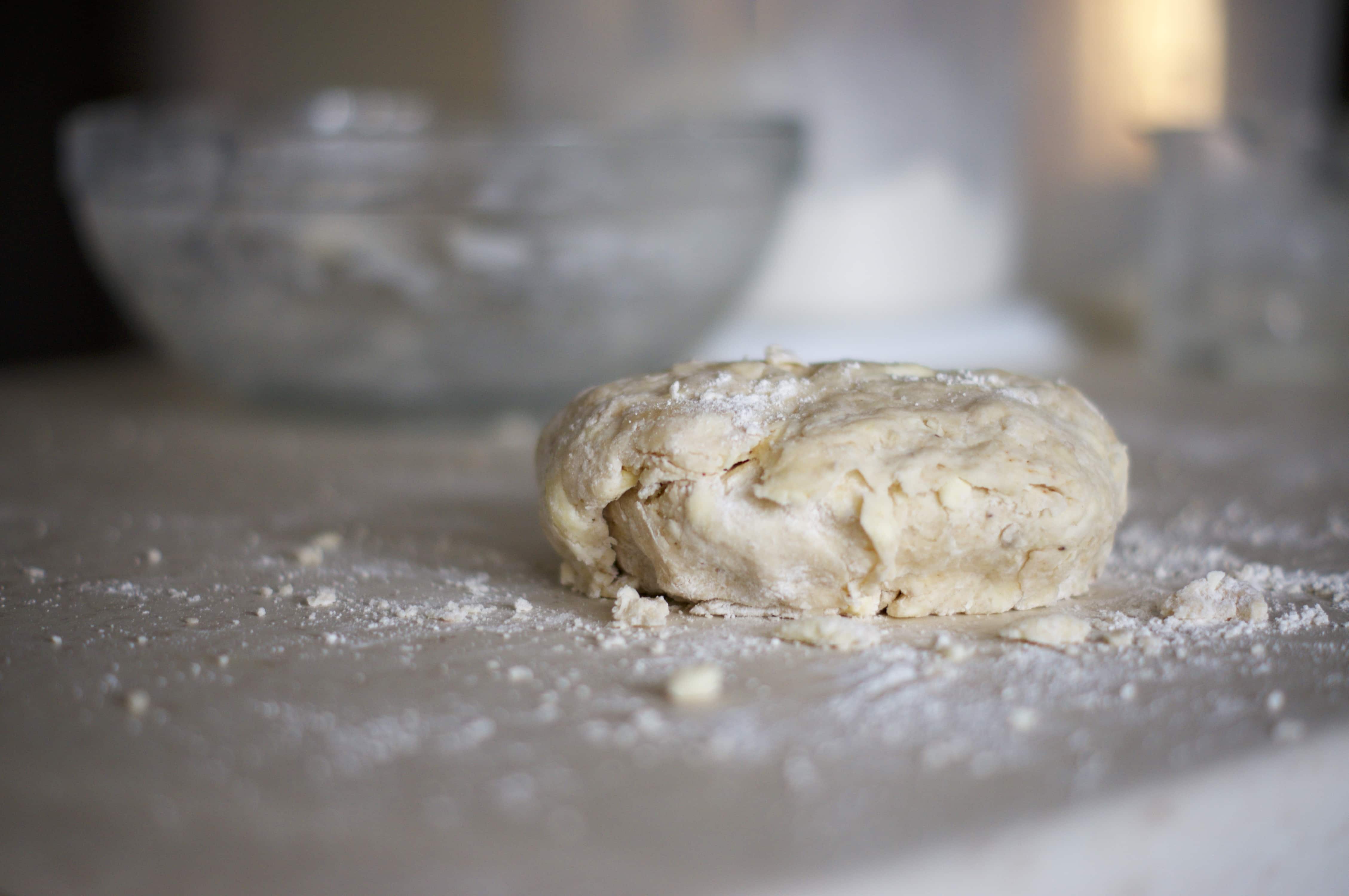 Right off the bat though, most people don’t get it. They think it’s a joke, or fake, or a stamp (Idk why tho…). Once I convince them it’s real and explain that I’m a baker the next words out of their mouths are usually, “What’s your favorite thing to bake?” 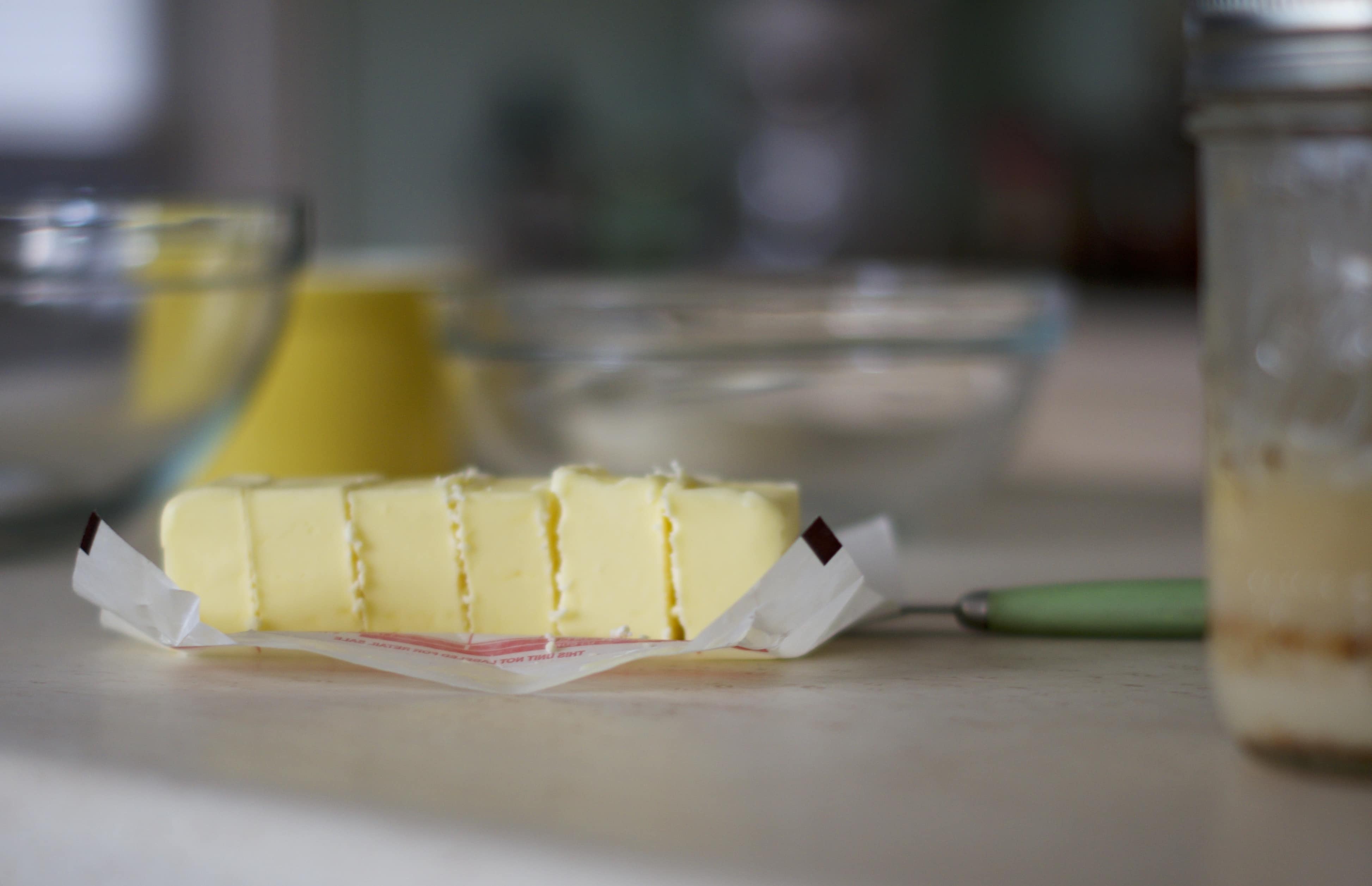 And it’s largely because of this piecrust. After years of testing and trying (and failing), I’ve finally gotten the ratios down and the method perfected. I’ve added a secret Southern ingredient that makes all the difference, too. 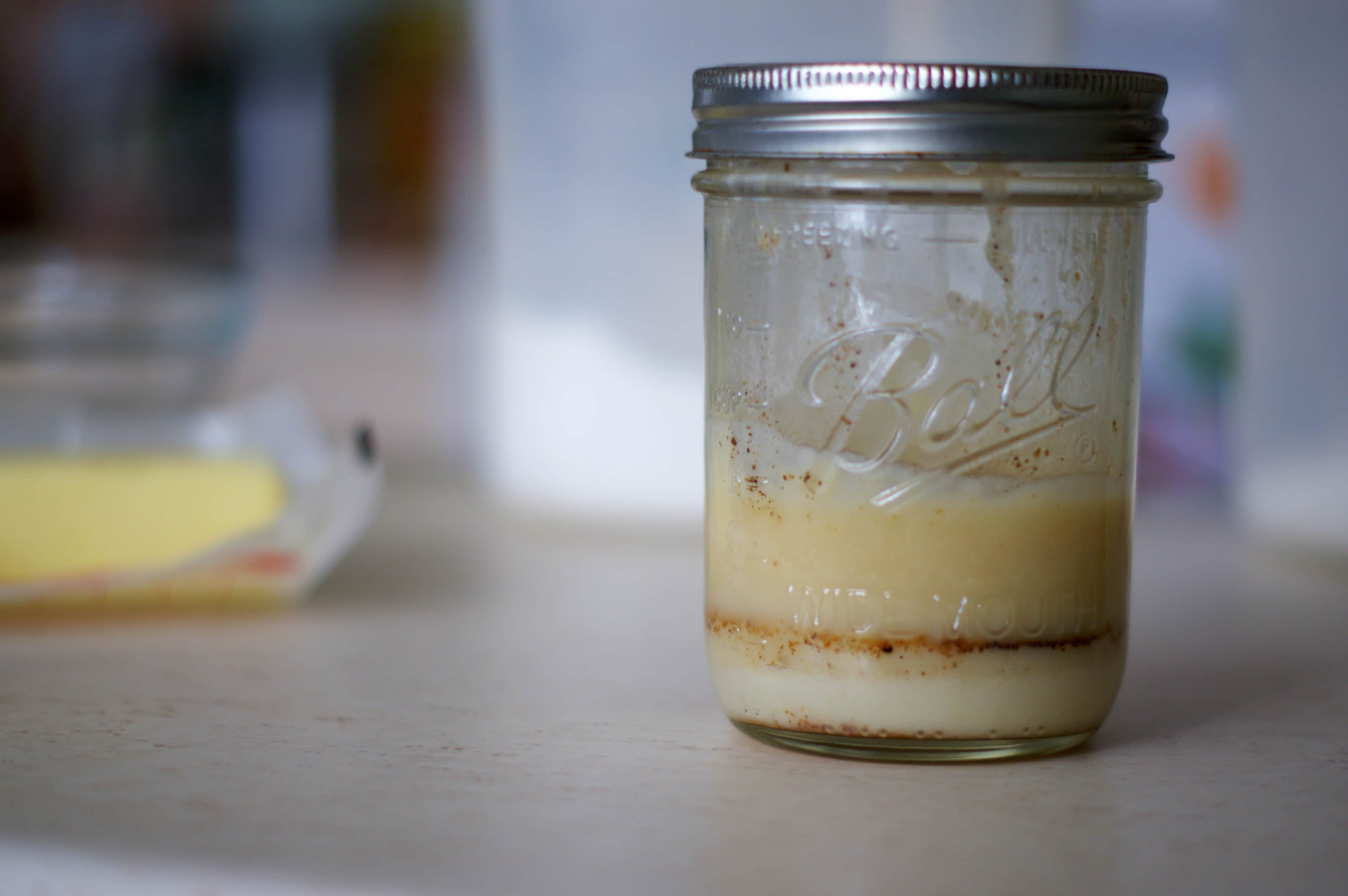 Bacon fat. Yes, you read that right, too. Ba.con.fat. Bacon is bountiful here. It’s in mac ‘n’ cheese, on top of doughnuts; it’s even the namesake of one of my favorite restaurants. It’s also a staple in my fridge. I always have a jar of drippings ready to cook with. And now, bake with. 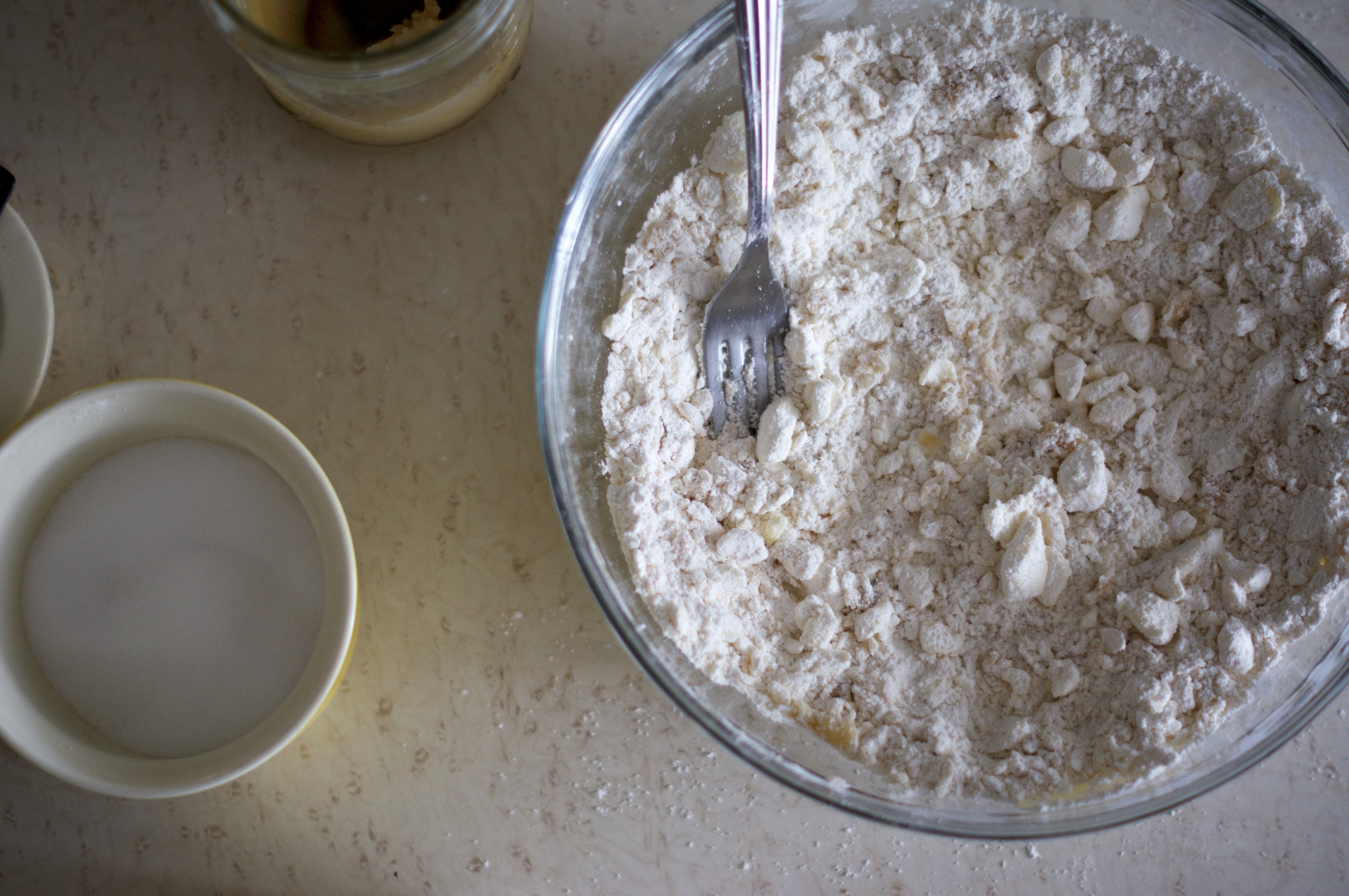 The bacon fat adds just enough of a salty, rich quality that adds depth to this perfectly flaky crust. Everything is better with bacon. Including pie. And I’m sharing it with you. Just in time for Thanksgiving! 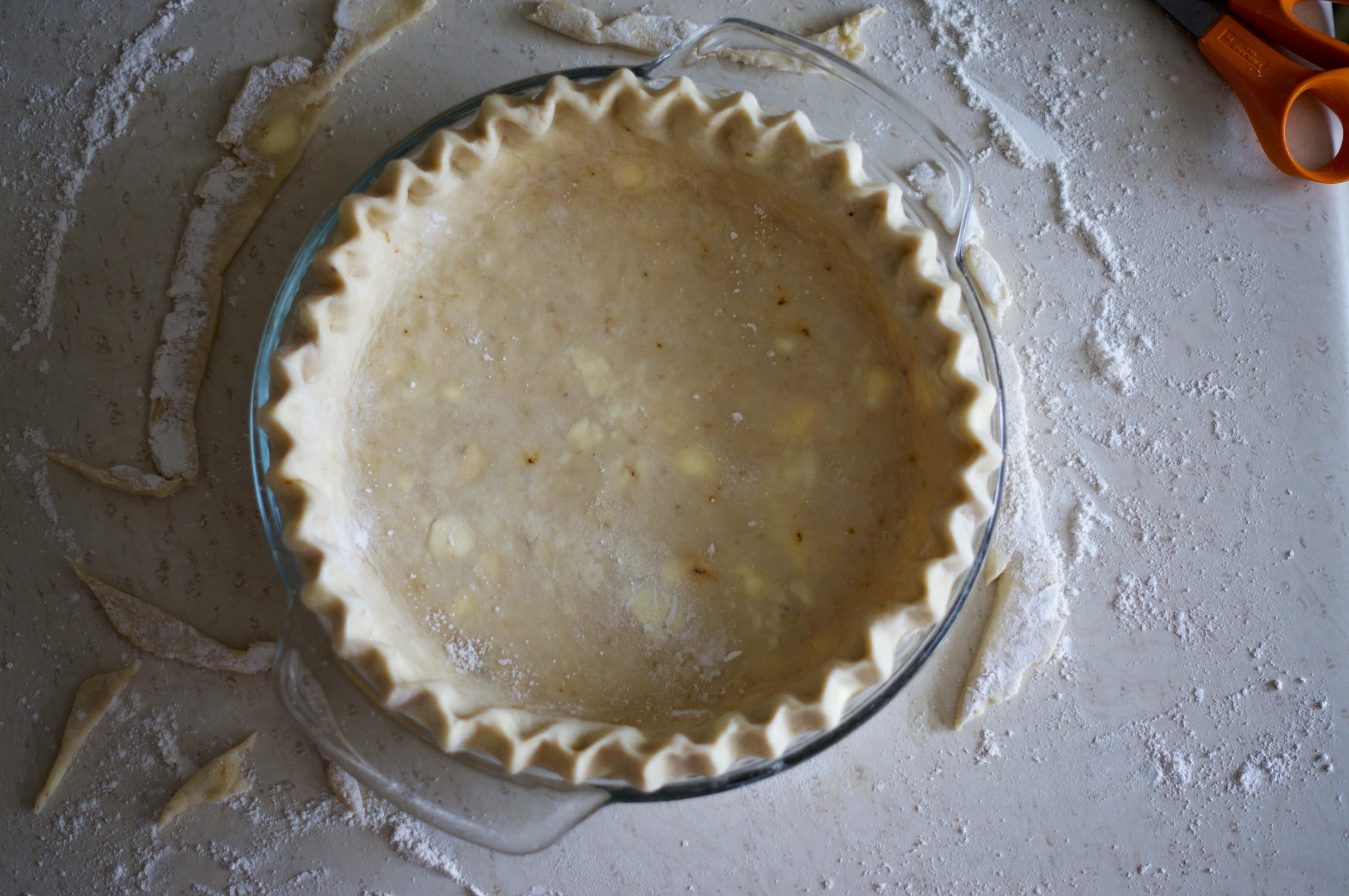 Whisk together flour, sugar, and salt. Using a fork cut in the butter and bacon fat until there are no pieces bigger than peas in the dry ingredients. (I’ve tried a pastry blender, my KitchenAid, and a food processor to cut in butter, but, The Fork rules all.) Add water, one tablespoon at a time, until dough just begins to come together. Turn out onto work surface and gather into loose disk. Wrap in plastic wrap and allow to rest in fridge for at least one hour, or overnight.

When ready to roll, generously sprinkle flour on work surface and over the disk of dough. Gently stretch the dough, maintaining a circular shape all the while, until the dough is roughly ¼ inch thick. Transfer to pie plate. Trim edges and roll under to create an even edge. If you’d like you can crimp the edges, press with a fork, braid, or leave them plain and “homespun” – it’s up to you! Dock the crust and place back in freezer until ready to bake. 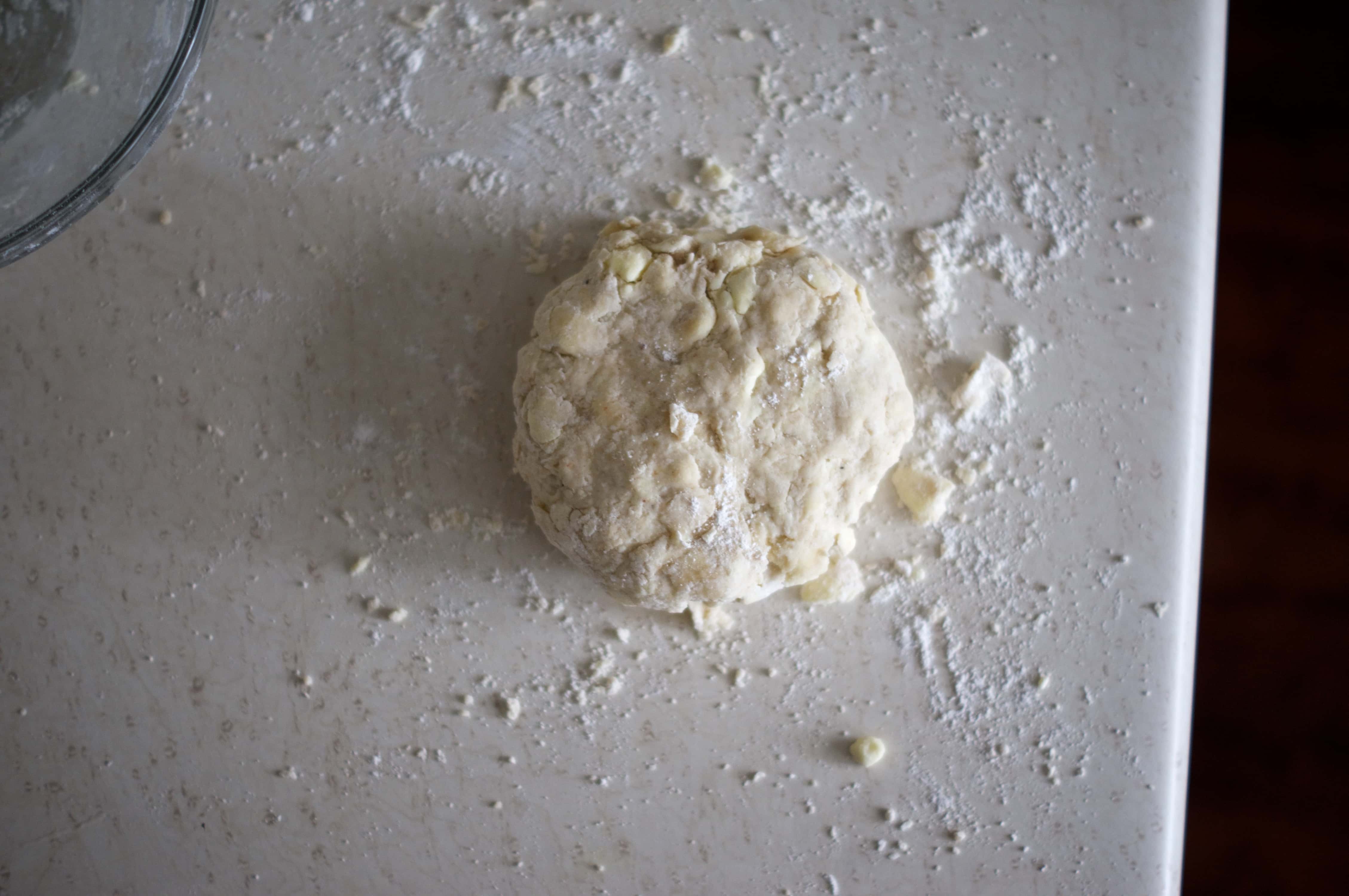 Stay tuned for tomorrow when I show you what to put in this bacon-y bad boy!