Home » How-To » How To: Season a Cast Iron Skillet

You ever just date someone who is so wrong for you? From the get go? There are signs it’s not going to work, obvious reasons they’re not the one, red flags popping up left and right.

I’ve ignored those sings and reasons before. Breezed right on by those red flags. It’s almost a right of passage – to chase, pursue, and date a dude that isn’t a good choice. Most women I know have done it. And are better for it. Because what doesn’t kill us makes us stronger. 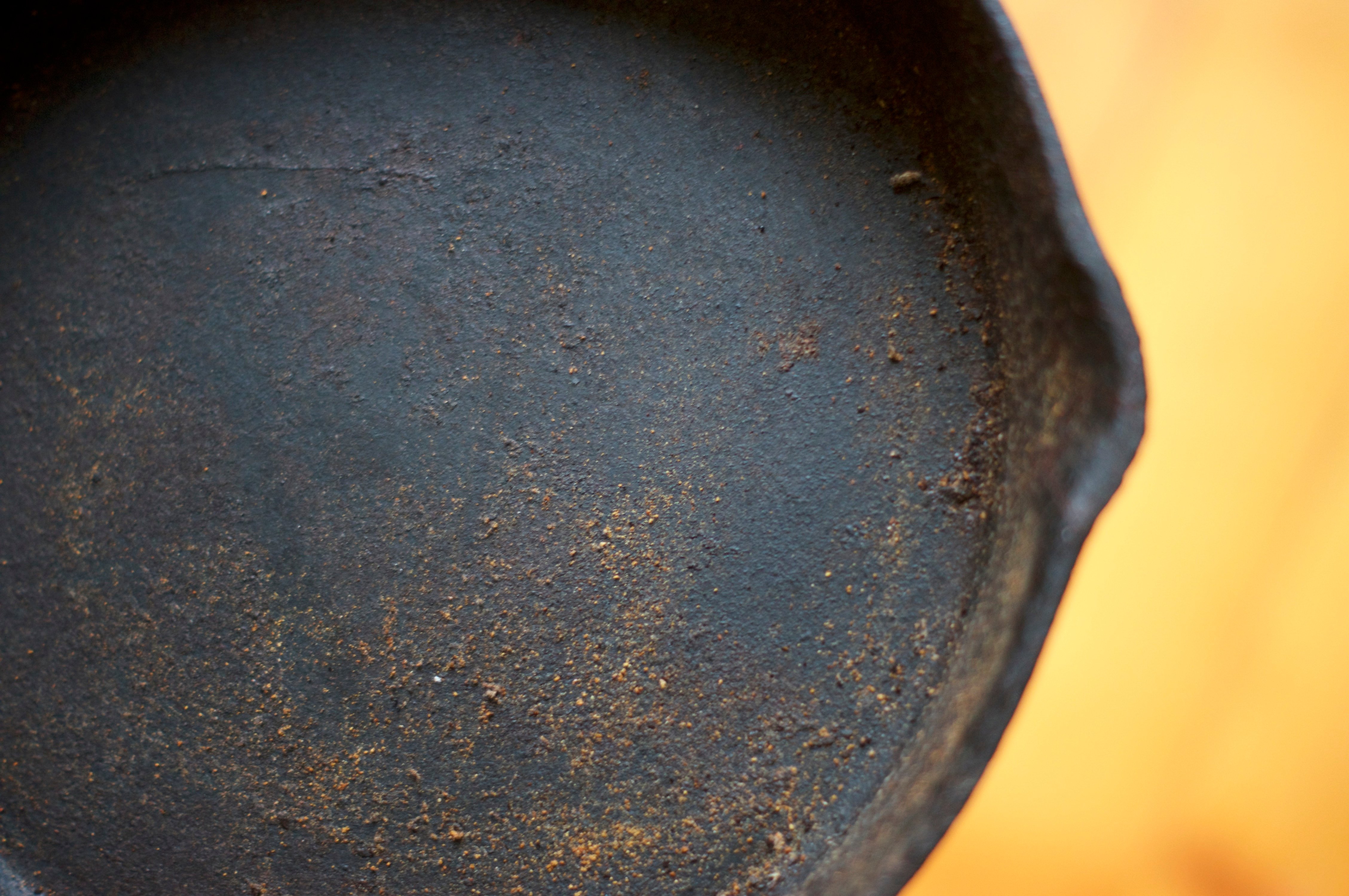 My Cast Iron Skillet, before

One dude in particular made me so strong that by now I should be able to lift a Buick over my head. Game playing, antagonizing, ignoring, disrespecting. The whole nine yards. But I was young, I thought I could get him to change.

I was an idiot.

The final nail in the coffin was when I saw how he treated his grandmother’s cast iron skillet. If he was disrespectful to me then what he did to this poor pan was unconscionable.

We had cooked burgers over a fire in the backyard (because A: his kitchen was disgusting beyond belief and B: he wasn’t sensible enough to own a working grill) and afterwards he left the pan outside. For three days. While it rained.

When I finally saw the atrocities that were being perpetrated I rescued the pan and brought it inside. Where he proceeded to put it in a sink full of soapy water. We stopped seeing each other before I ever found out the fate of the pan.

I actually did cry when my cast iron pan was put into the dishwasher last year. After I’d spent three days seasoning it. 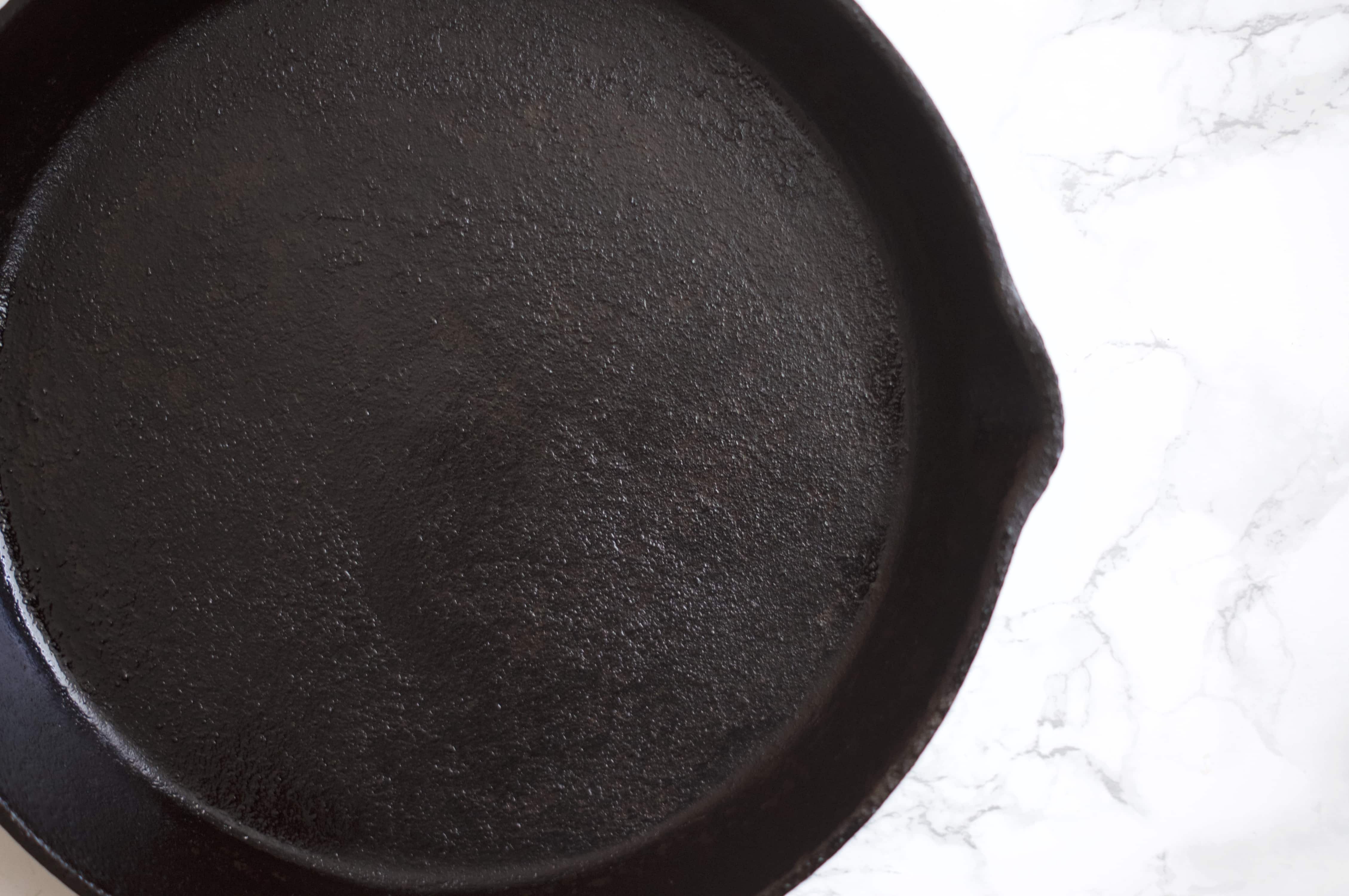 My Cast Iron Skillet, after reseasoning

Not wanting anyone else to be in such a dire situation – I figured a little lesson may be in order! And then a batch of cornbread.

How To: Season a Cast Iron Pan

If the pan is rusted and in serious disrepair scrub with hot soapy water and a tough scrub brush to remove all leftover bits and pieces. Rinse thoroughly and dry immediately with paper towel.

Rub a small amount of canola/vegetable oil or melted shortening over the entire surface of the pan, top and bottom.

Place upside down on middle rack of oven, with tinfoil lining the bottom rack to catch any drips of oil.

Heat for one hour before turning off oven and allowing pan to cool to room temperature. *I like to do this at night before bed so the pan can sit in the oven all night.

Repeat one or two more times, if desired.

After using the skillet to cook or bake, wipe out while still warm to remove any leftover food before rubbing with a small amount of oil.