See. Told you. You were gonna like what I did with the bacon.

I put it on a breakfast sandwich. Made out of a biscuit. Filled with blue cheese.

There’s also a fried egg and greens dressed in a mustard vinaigrette. 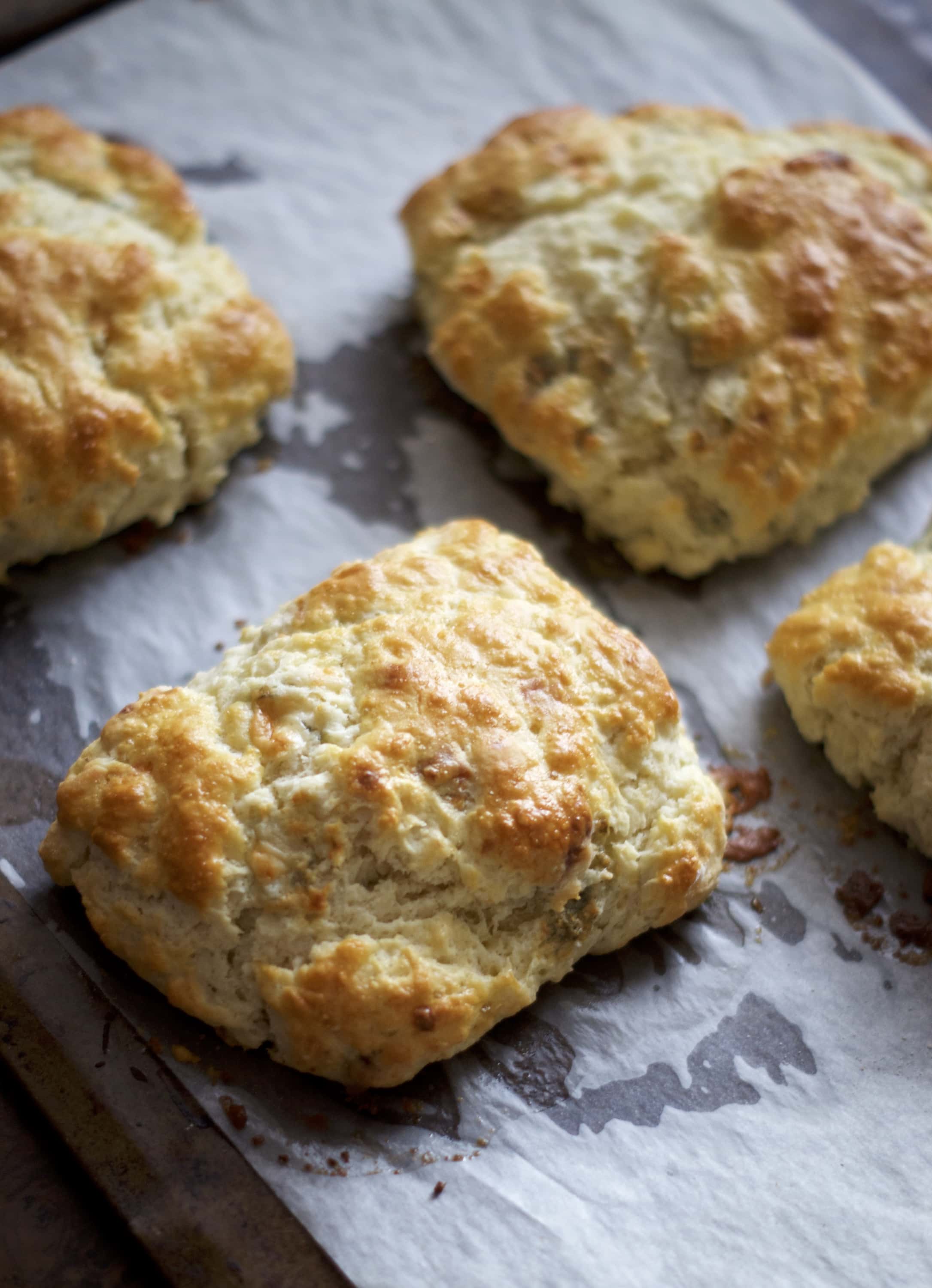 My love affair with breakfast biscuit sammies started when I worked at a local bakery. We had a scone (which was really more like a drop biscuit, tbh) filled with greens and cheese that was the perfect beginning and end to a breakfast sandwich. I didn’t think it could get better. 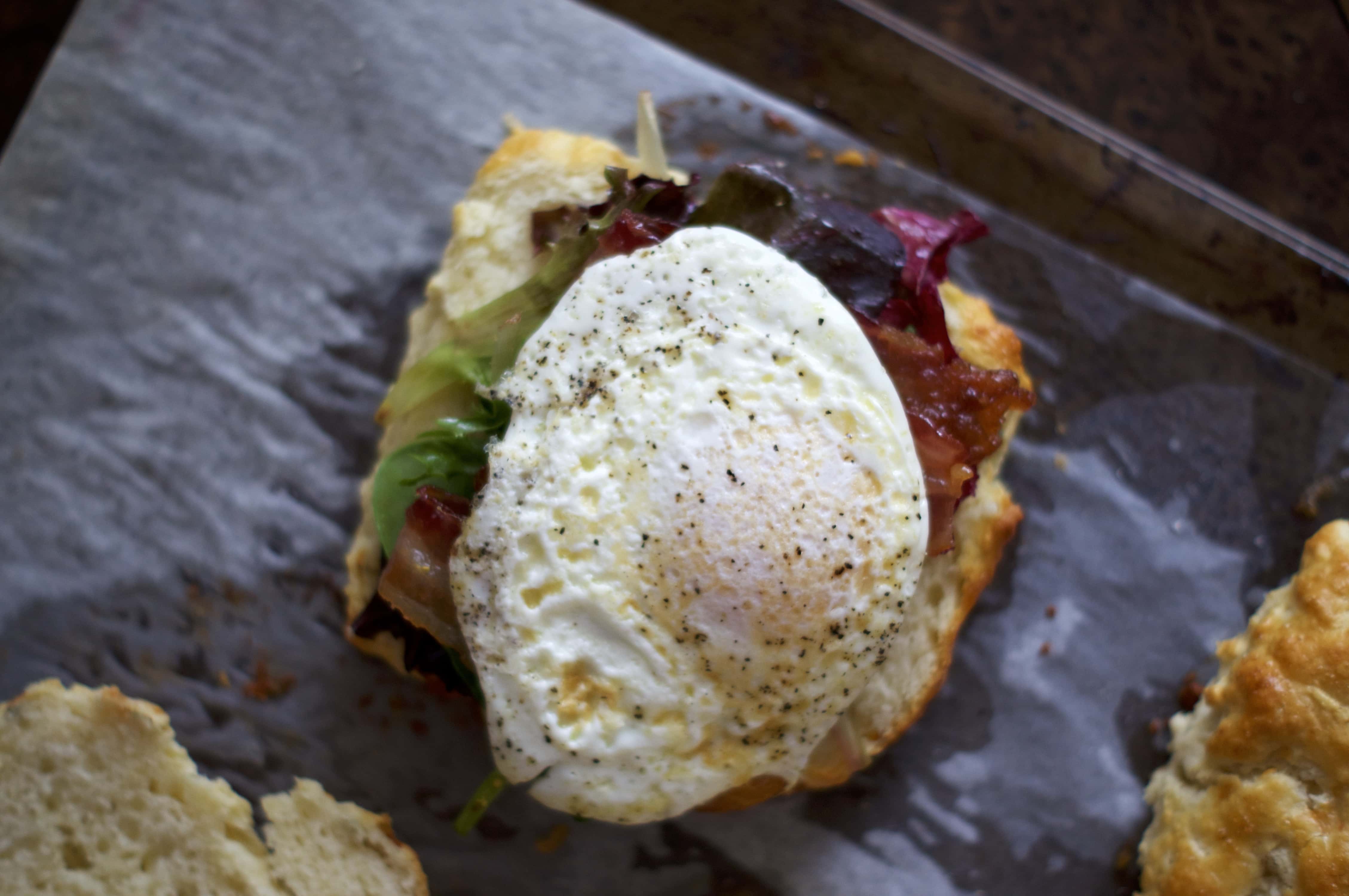 And then I made better.

Blue cheese is one of my favorite cheeses. It’s creamy and tangy and just…ugh. There’s a cheese store in Amish country back home that has the BEST blue cheese. Like, award winning. Blue ribbon blue cheese. That would be good in these. Or even gorgonzola. 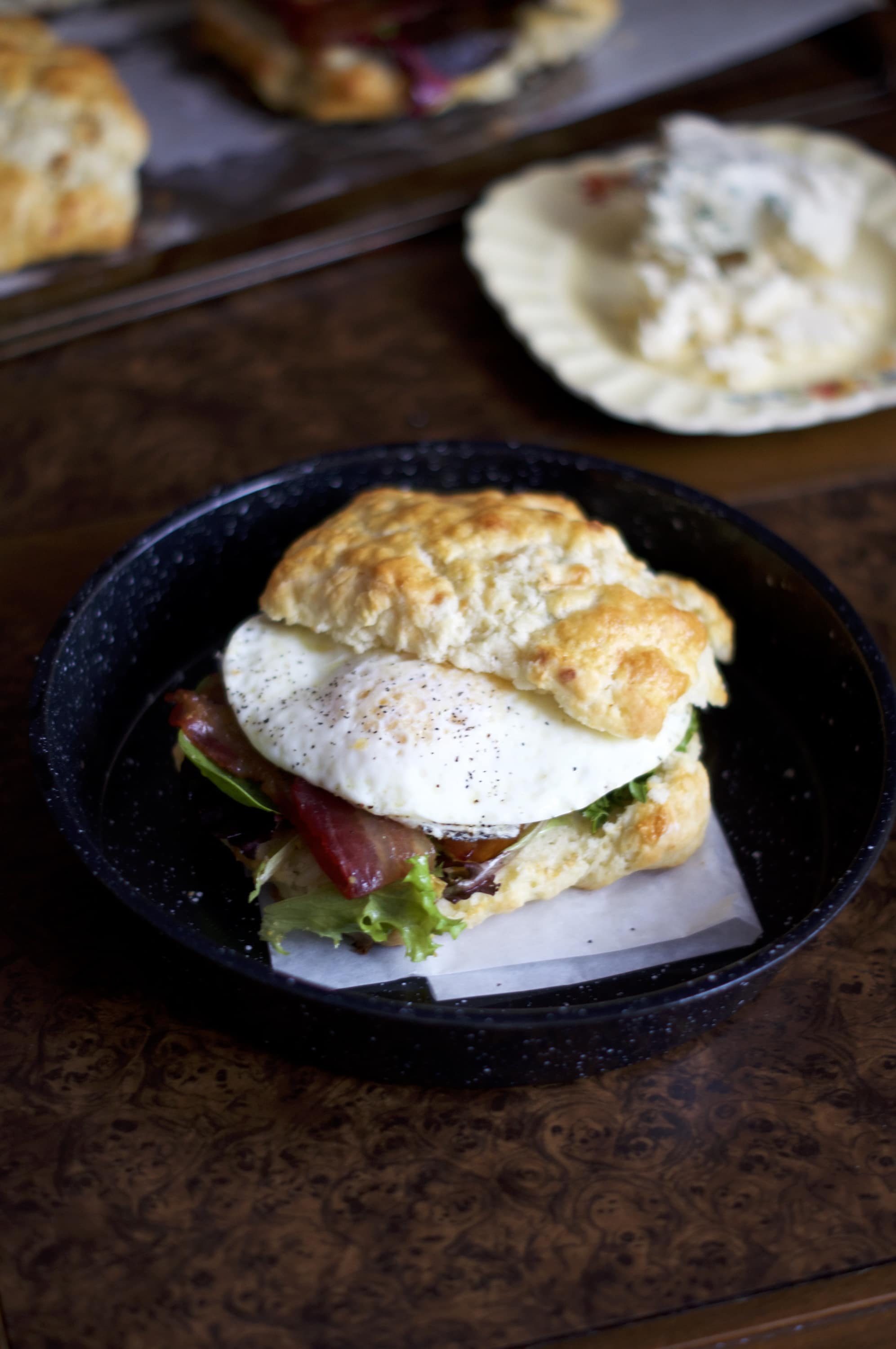 This was my first time trying my hand at a homemade vinaigrette and boy was it easy! Tangy, with that good mustard spice, it added moisture without being heavy. It was just want the sandwich needed.

And this sandwich is just what breakfast needs.

Preheat oven to 400 degrees. Line a baking sheet with parchment paper and set aside.

Whisk together the flour, baking powder, and salt. Using a pastry blender or fork, cut the butter into the flour mixture until no pieces larger than a pea remain.

In a large measuring cup combine the milk, sour cream, and egg until blended. Pour into flour mixture and stir slightly. Mix in blue cheese and bring dough together until shaggy.

Turn dough out onto lightly flour surface. Pat into a square and fold over four times, patting back into a square each time. Cut dough into four (or six) equal pieces.

Place on prepared rack and brush with egg wash. Bake in preheated for 18 – 20 minutes, or until tops are golden brown and biscuits are cooked through (about 14 minutes for six biscuits).

Remove from oven and allow to cool.

While the biscuits are baking – make the vinaigrette.

Whisk together all ingredients in bowl until emulsified. Pour over greens or store in refrigerator for later use.

Take the cooled biscuits and cut in half. Layer with dressed greens, bacon, and a fried egg. Enjoy! 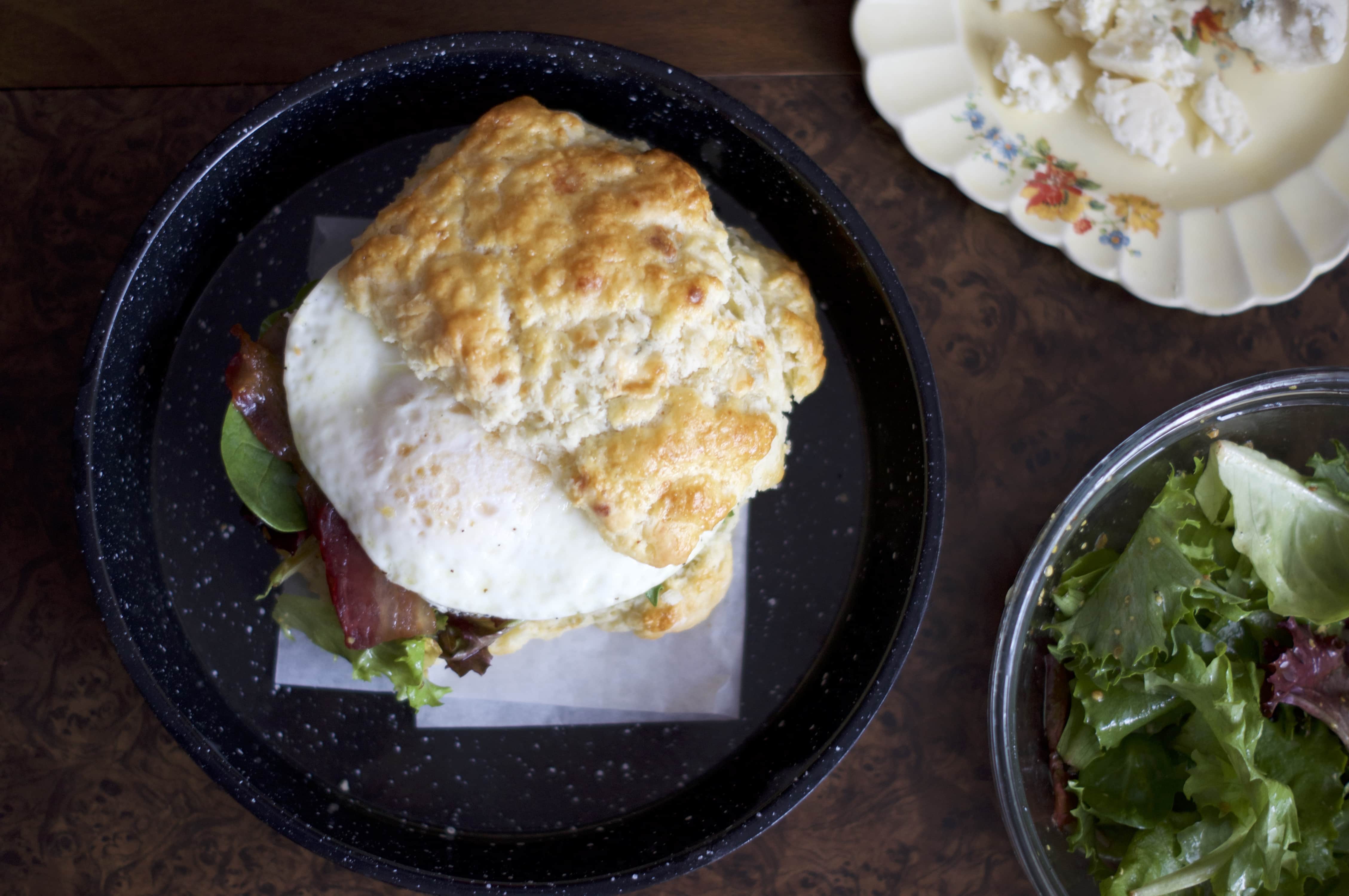