I shouldn’t have done it. 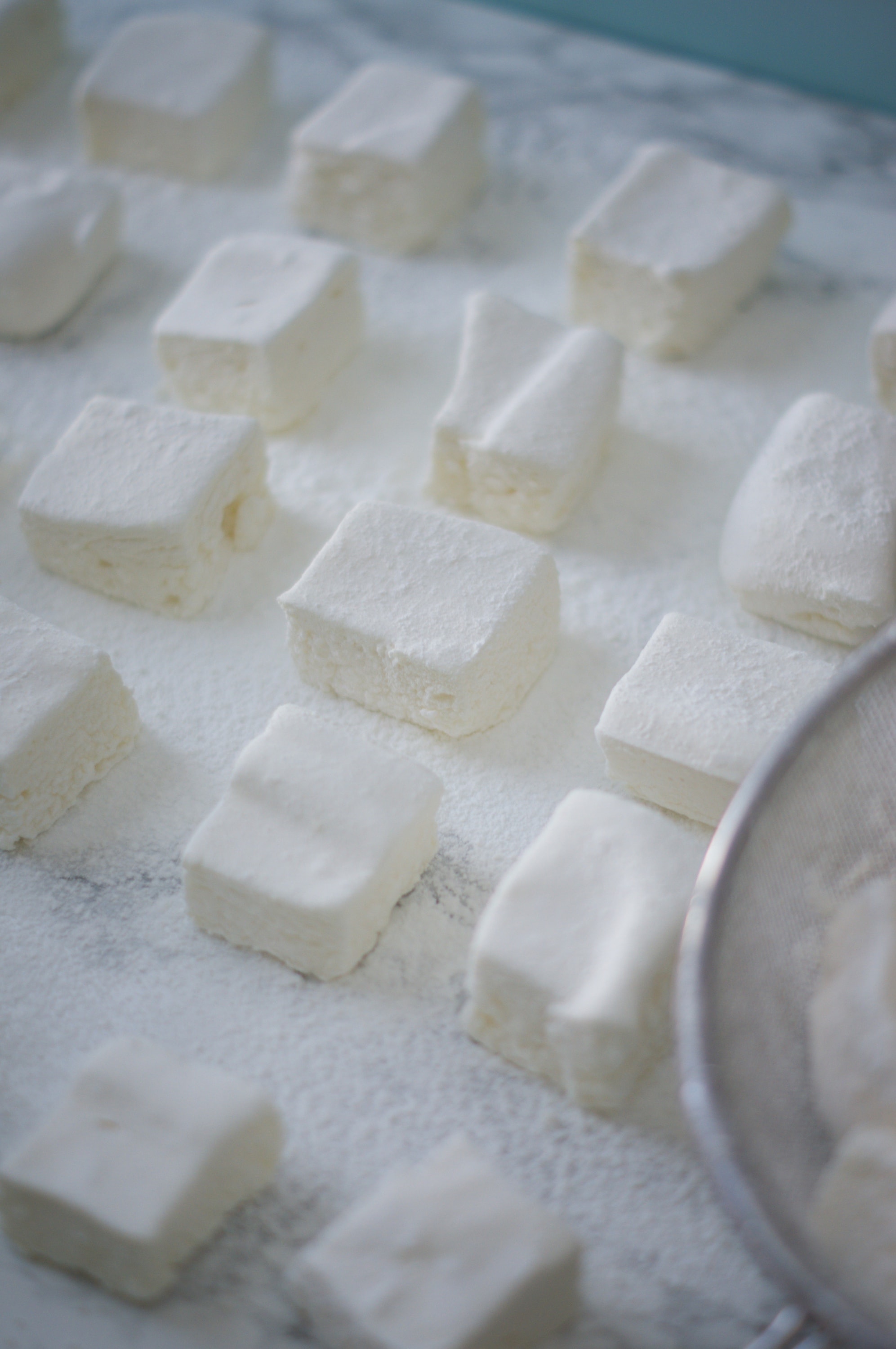 I shouldn’t have opened my big mouth.

Going on about the warm weather, lack of snow. Reveling in my ability to start my car right when I wanted to leave, not a half hour beforehand. Enjoying a longer walk with Edgar, neither of us bundled up. 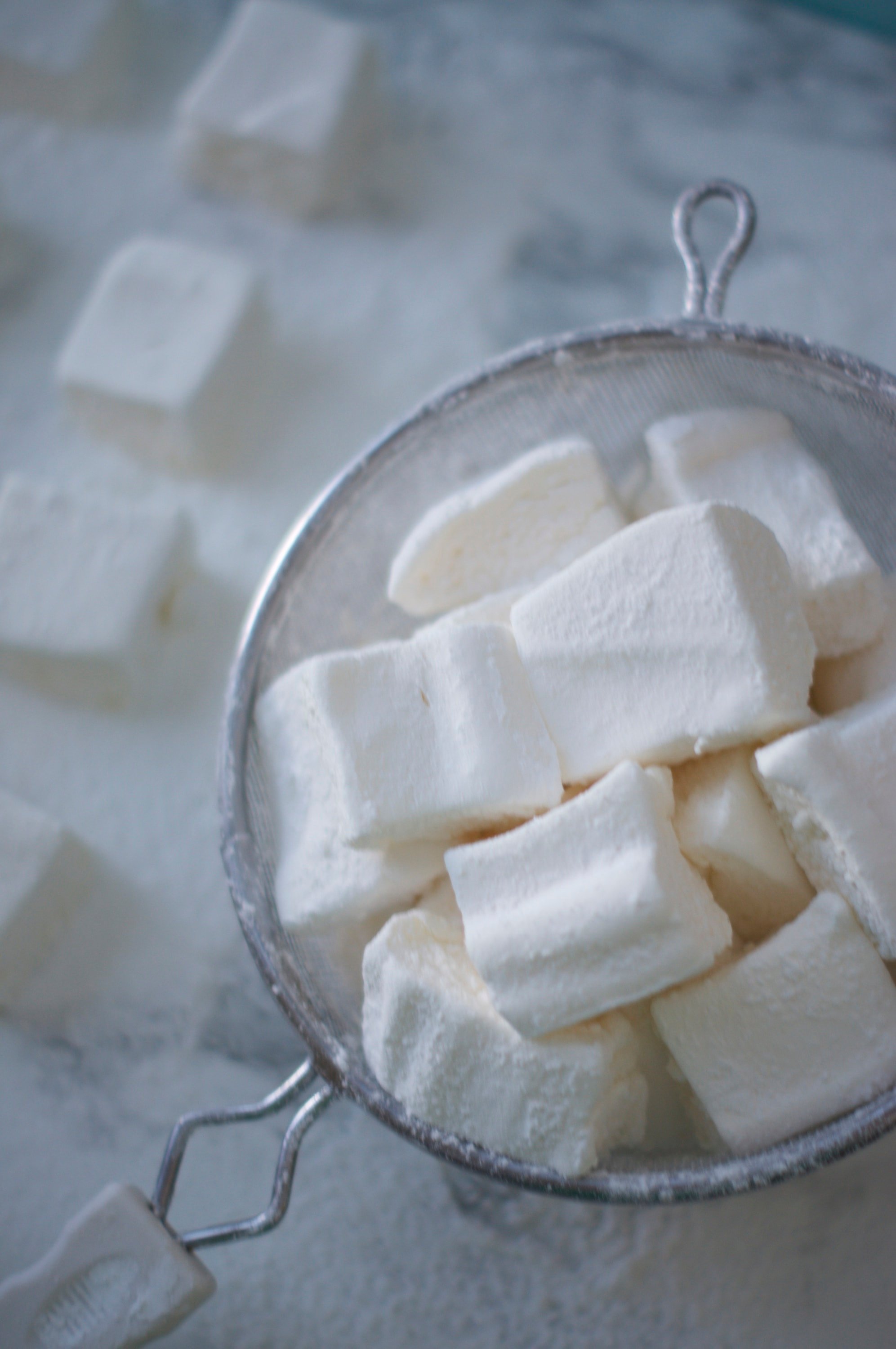 Spoke way too soon on that one.

Winter weather is back with full-force. And I forgot my gloves on my walk this morning. 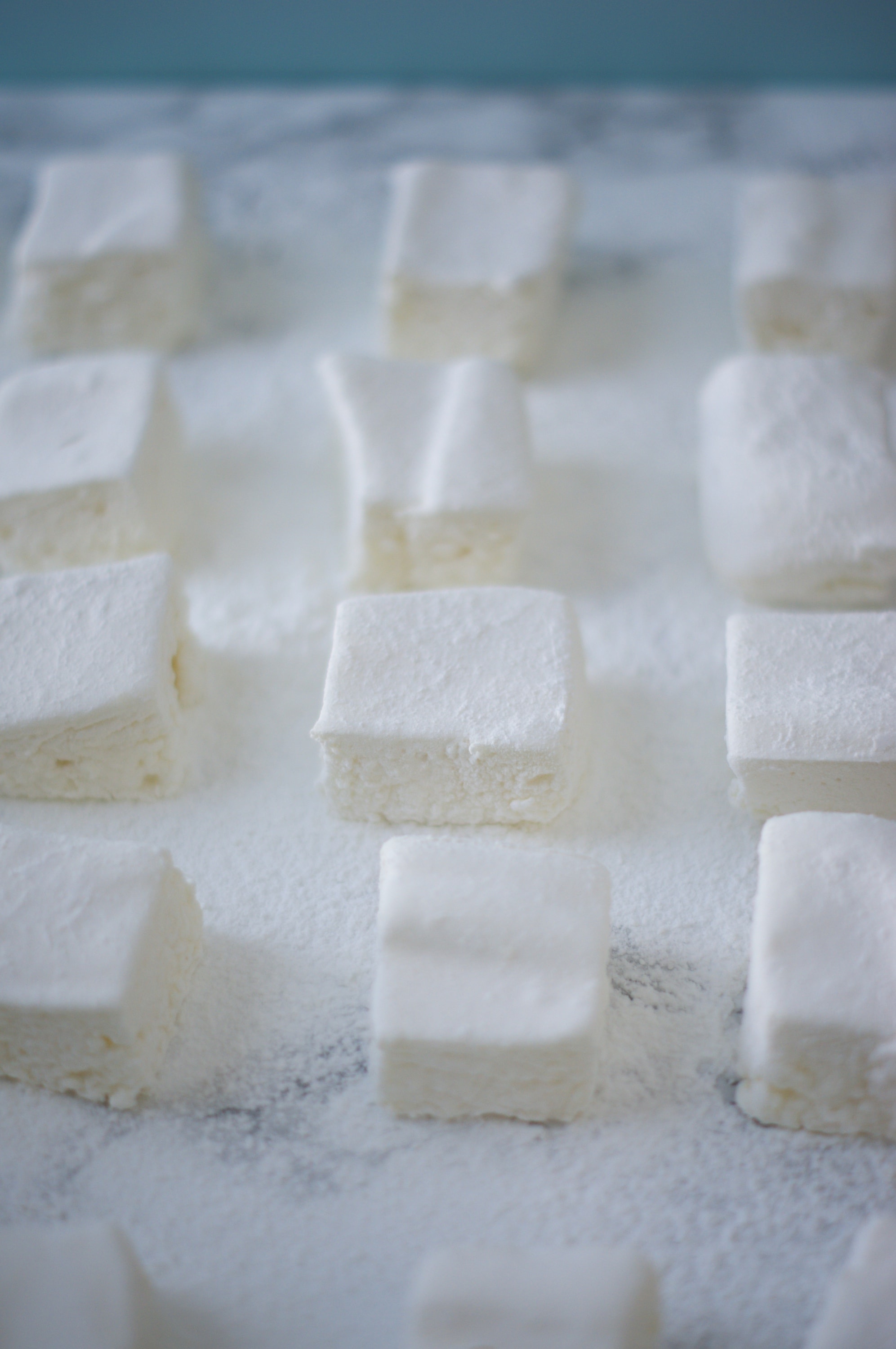 Luckily, I made marshmallows for the numerous cups of hot chocolate that will be absolutely necessary to survive. With bourbon for a little added warmth, ya heard? 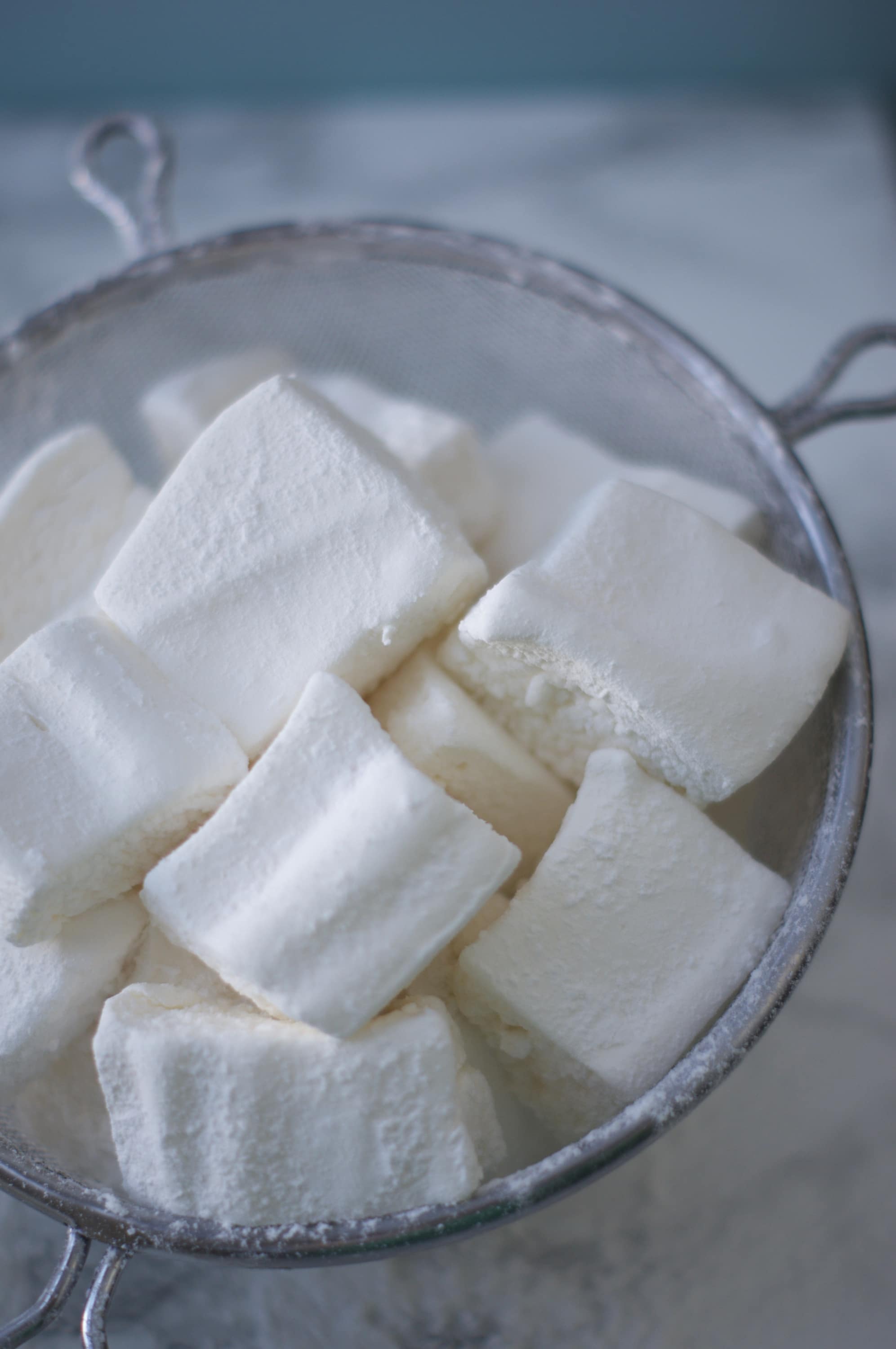 Spray a 9x13 baking pan with spray and cover in a layer of ‘Mallow coat. Set aside.

Bloom the gelatin in 125ml cool water, set aside.

In a small saucepan, heat the sugar, 160ml water, corn syrup and 1 tablespoon of the bourbon to 210 degrees, then 245 degrees.

While the sugar syrup heats from 210 to 245, in the bowl of a stand mixer fitted with the whisk attachment combine the egg whites, tartar, salt, and vanilla. Whip to stiff peaks.

With the mixer on low, SLOWLY pour syrup into egg whites.

Add bloomed gelatin to warm saucepan until liquidfied, stir in last of bourbon. Pour into mixture and whip on high until thick and cool, about 7 – 10 minutes.

The following day, sift more ‘Mallow Coat of the tops of the dried marshmallow before turning out onto work surface. Either cut into squares using scissors or fun shapes using your favorite cookie cutter! Gently toss cut marshmallows once more in ‘Mallow Coat to ensure an even blanket.

‘Mallows should be stored in a glass jar (not airtight, the exposure to air actually keeps them light and fluffy, as they’ll clump together if kept in an airtight container).

Sift together equal parts powdered sugar and corn starch (I typically do 2 cups of each), store in tupperware.