The doorbell rang. Edgar barked, all 20 pounds of him behind it, posturing, protecting. The postman was already down our stairs and onto the sidewalk by the time I got to the door. He waved back at me as I stepped outside, socked feet onto snowy stone. 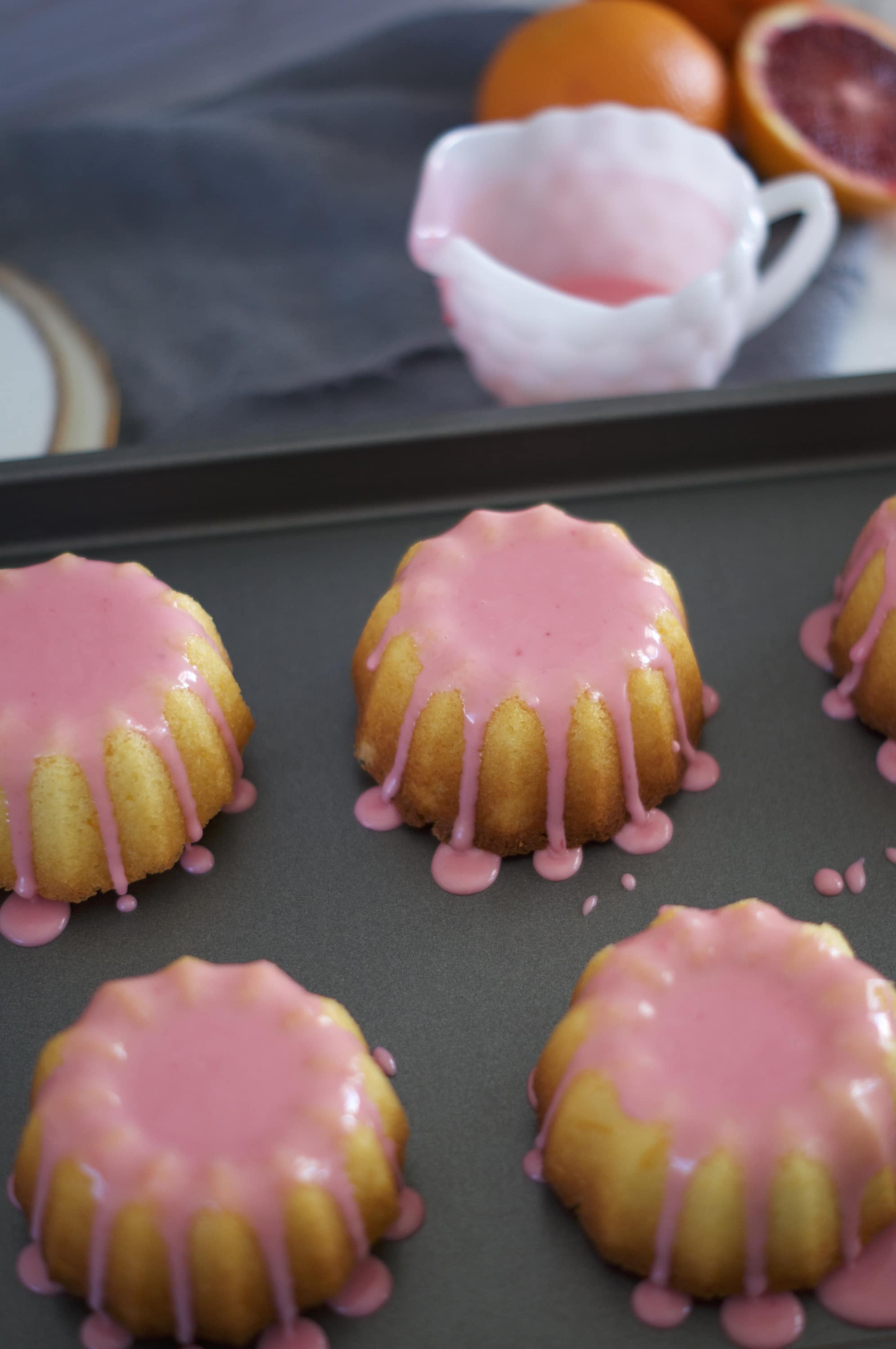 There was a package waiting for me – brown, slightly battered, and heavy. I hauled it inside. I recognized the address, the stickers on the side.

If I thought Edgar had been interested in the mailman, it was nothing compared to how enamored he was the package. I tore into it – he helped. In it we found gifts from Nick – a friend, former coworker, and immensely talented woodworker. 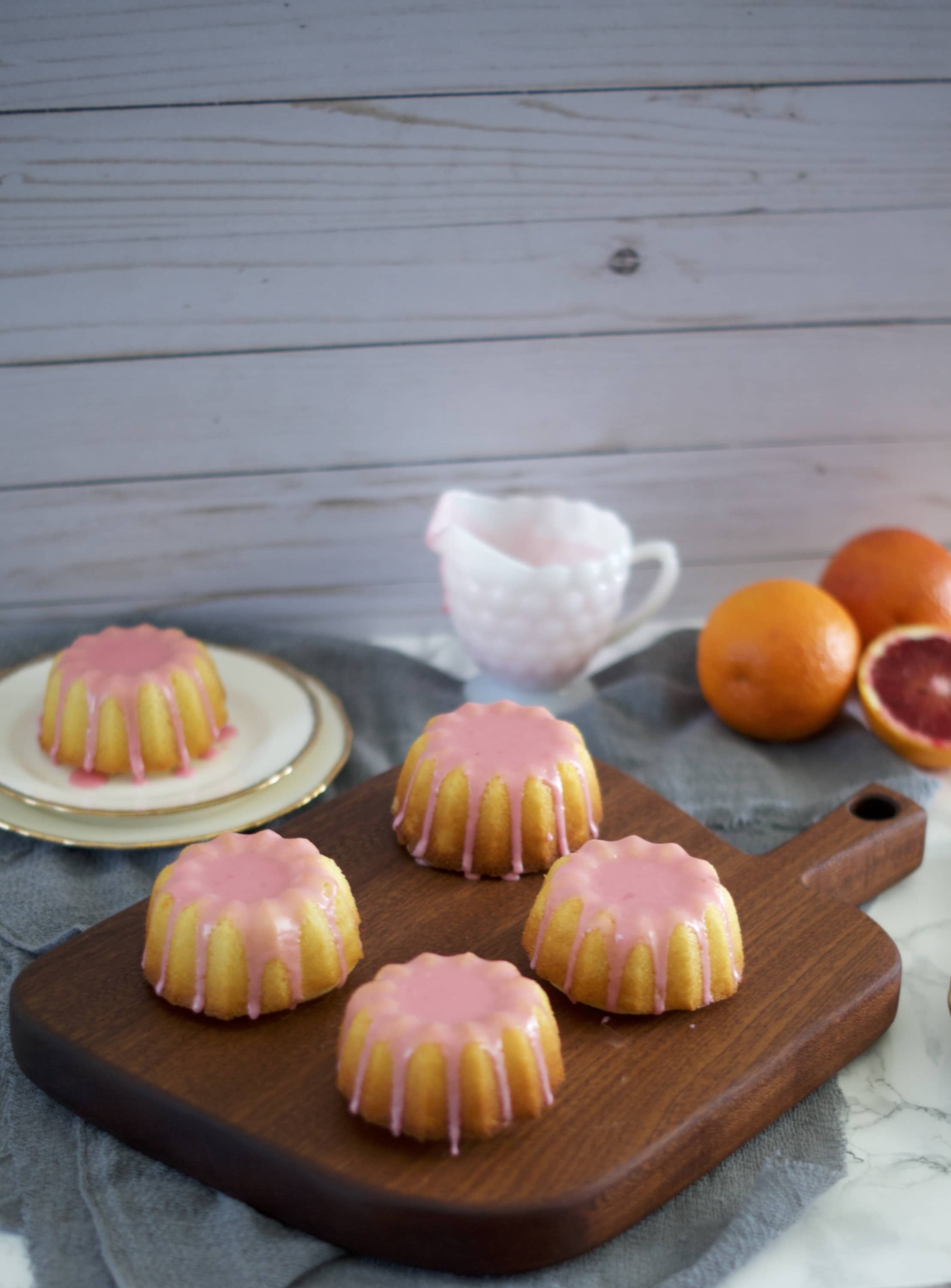 Among the packaging and the padding we found three beautiful cutting boards. I pulled them out, one by one.

The first was a striped one, rectangular, made of different types of wood. The colors ranged from deep and dark to light, nearly white. These came from different trees, different places, coexisting solely as the result of Nick’s own handiwork.

The next was the same shape, but softer, with rounded edges and a warm, rich stain. It felt like butter between my fingers as I slid it from the box. Nick’s logo was burned into the corner, his brand on everything he made.

The last board was even more beautiful in person. A few weeks earlier, Nick had sent me a text, a picture of his creation. The board was outside on his woodpile, hanging from the slim handle. 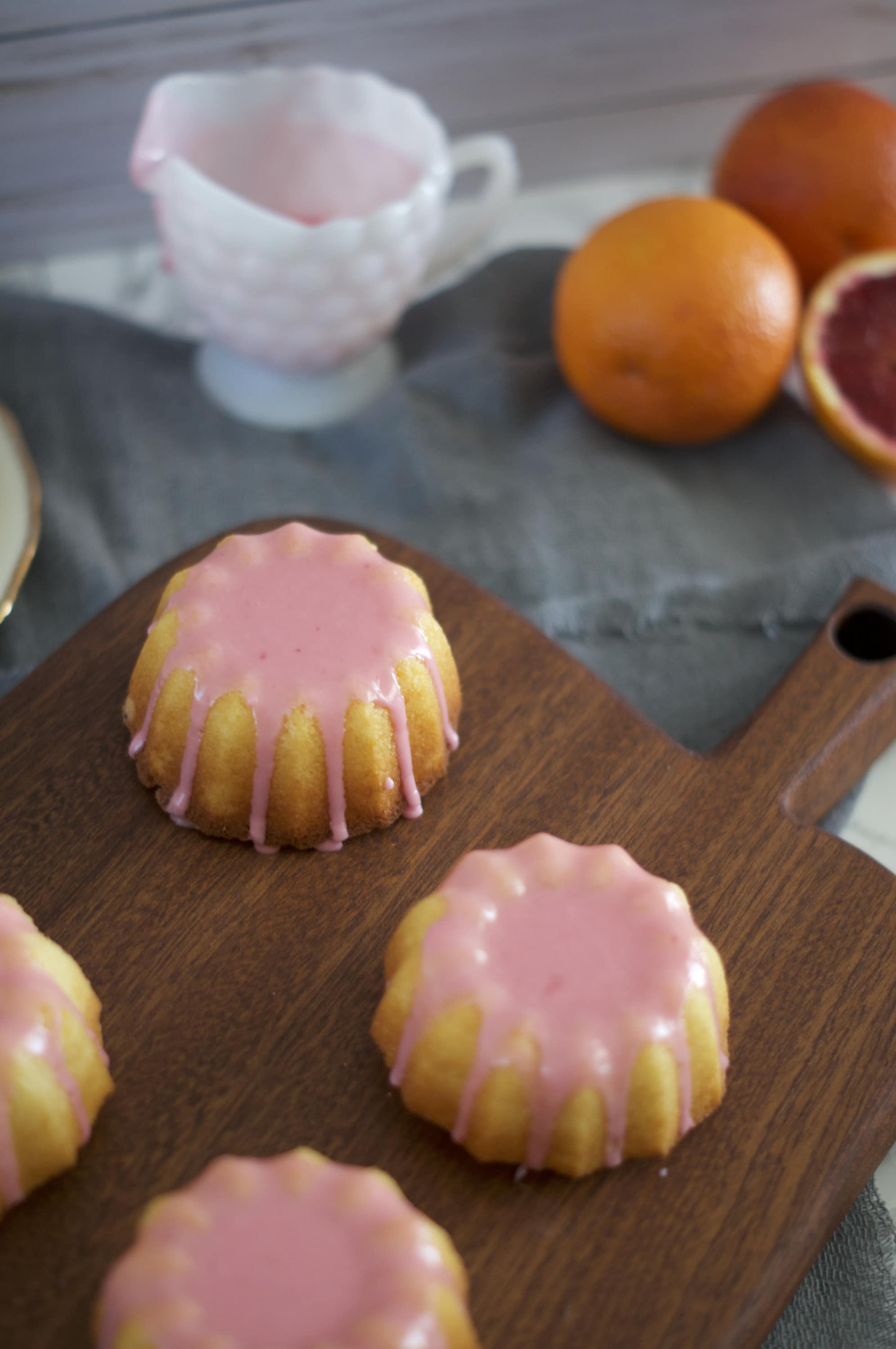 I knew what he meant in that text. It made even more sense when I finally felt the board, my hands closing around it on the bottom of the box. It was the thickest of the three, made of strong stock. It was solid. Curvy. Unique. It did look like me.

That’s the beautiful thing about being a maker. There’s an ability to turn the medium into a memory – personified and artfully crafted. Craftsmanship like that deserves an equally beautiful baked good. 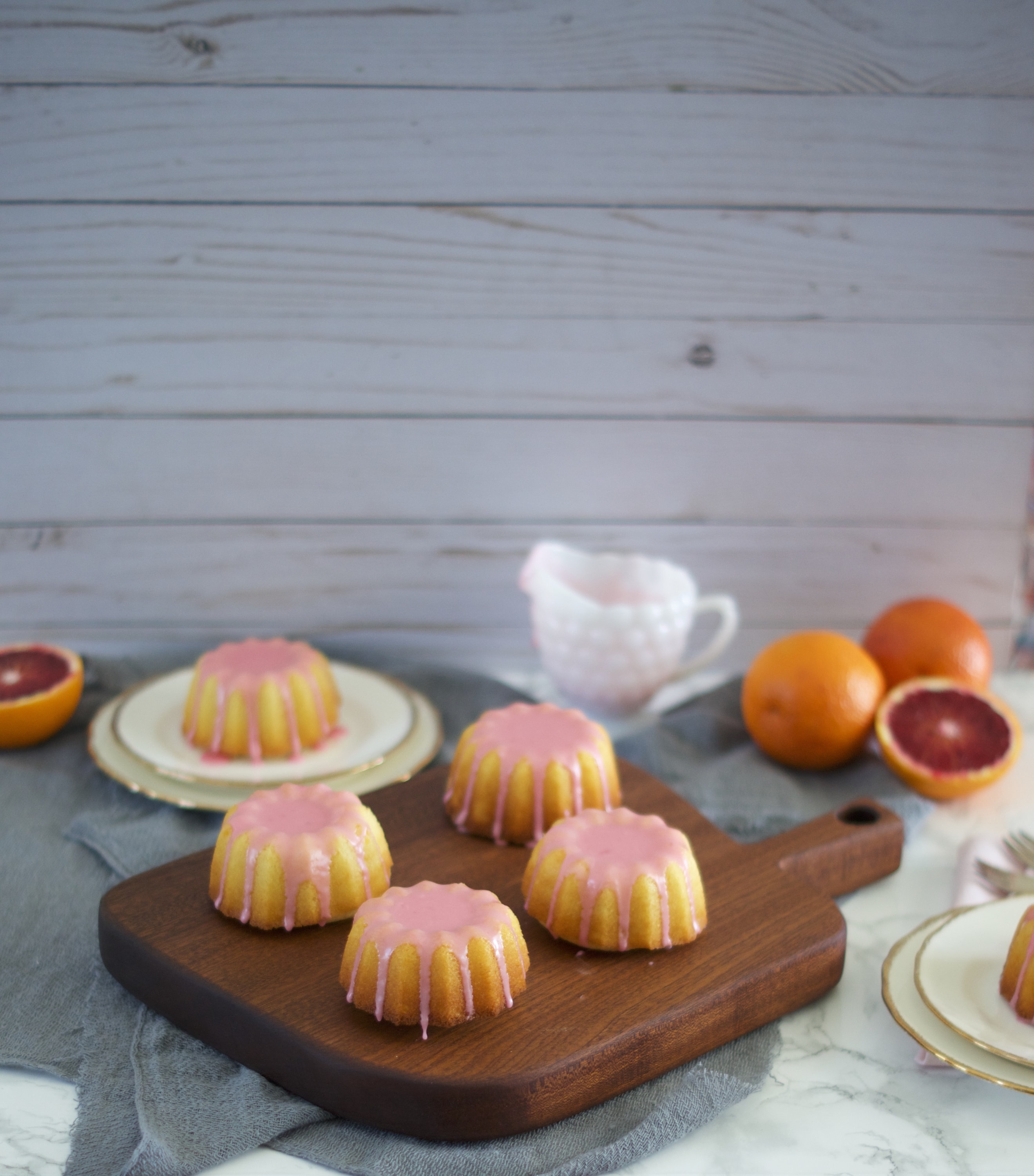 zest and juice of one blood orange, divided

Preheat oven to 350 degrees. Spray a mini bundt cake pan with baking spray and set aside.

In the bowl of a stand mixer, rub the blood orange zest into the sugar until fragrant. Add the butter and cream on medium speed until light and fluffy. Stir in egg, vanilla, and sour cream. Scrape down sides of bowl to be sure everything is incorporated.

Whisk together the flour, baking powder, and salt in a small bowl. Add the dry ingredients to the stand mixer in three batches, alternating with the milk.

Divide prepared batter evenly among prepared bundt pan and bake in preheated oven for 20 – 25 minutes, until cakes are golden around the edges and centers spring back with lightly touched.

Remove from oven and allow to cool on rack for ten minutes before flipping over and removing from pans to cool completely.

While the cakes cool make a simple blood orange glaze by mixing the juice with about 2 cups of powdered sugar, adding more or less until your desired consistency is reached. 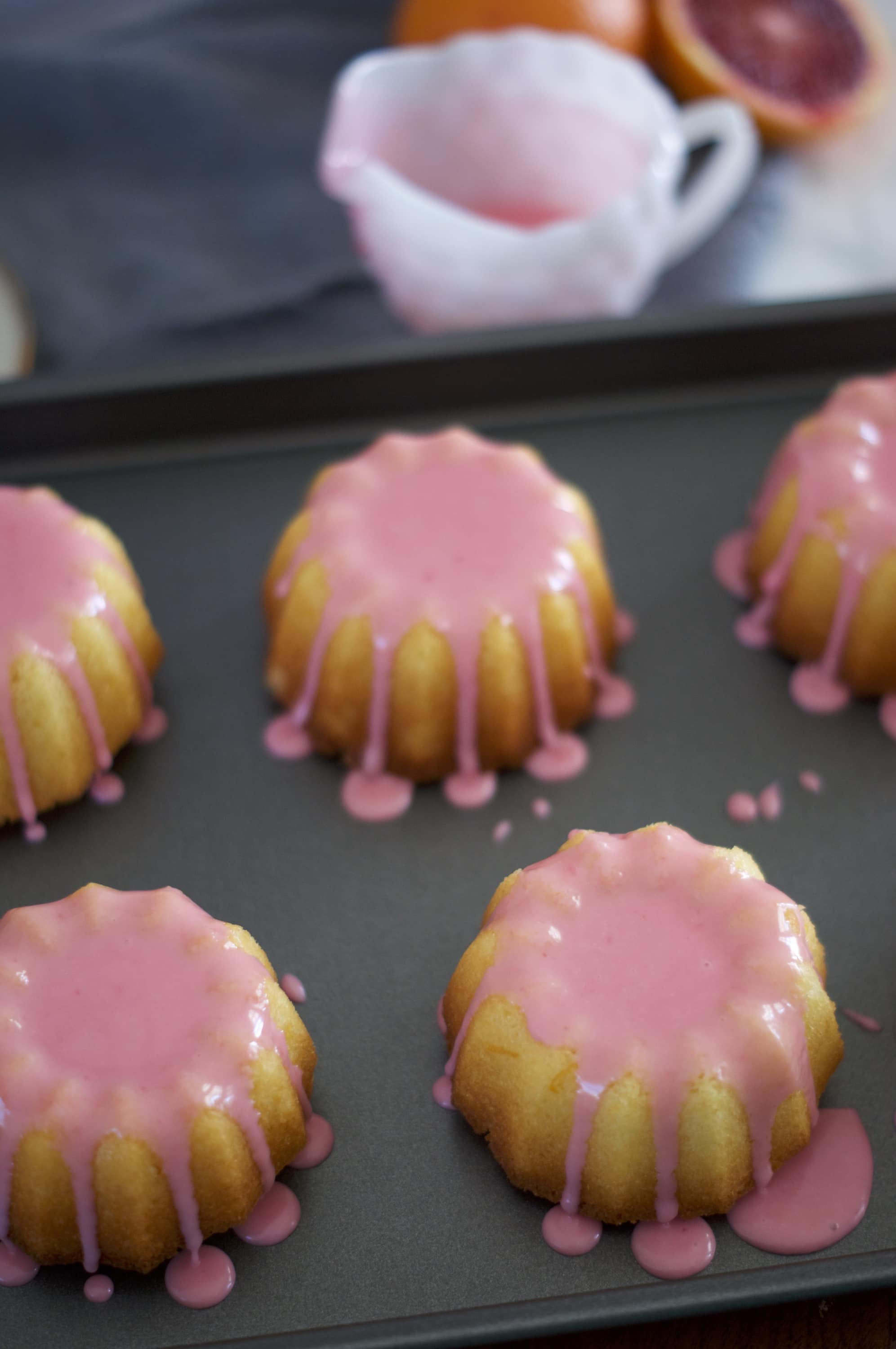