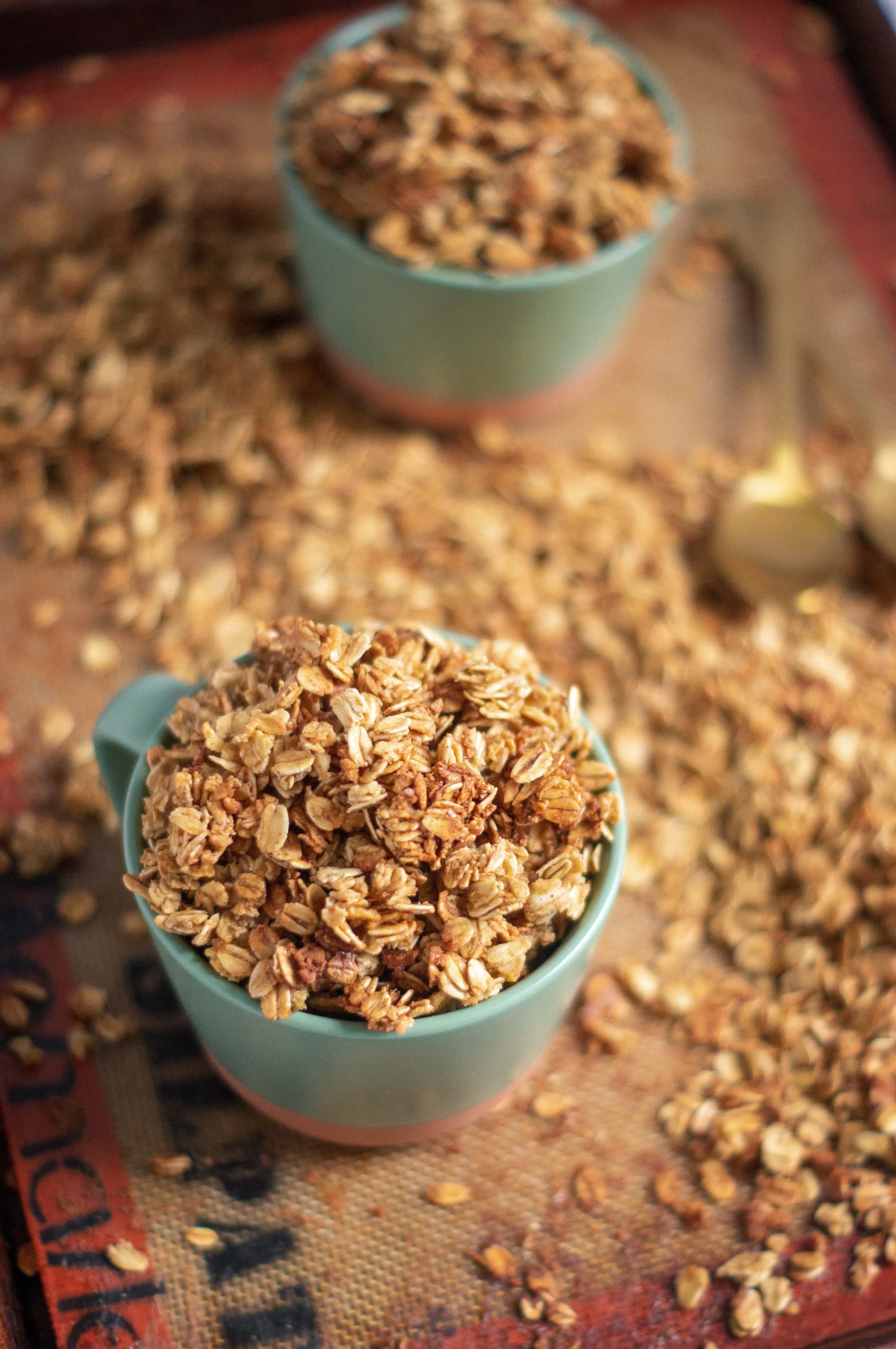 Not actually. But I didn’t like how she made me feel. Behind, inexperienced, and so uncool it was painful. Of course, this had nothing to do with her or her actions towards me, and everything to do with myself. And my insecurities. It was a new job, I was still unhappy in SC, everyone else in that kitchen knew the rhythm and how things worked. How they worked. I didn’t. And it killed me not knowing.

There were inside jokes I wasn’t a part of, techniques I’d never heard of before, a storage system in the fridge that was entirely new to me. Next to her – tall, blonde, round blue eyes behind the hippest glasses – I felt as if I could bathe in a thimble. And often wanted to hide under one during my shifts. 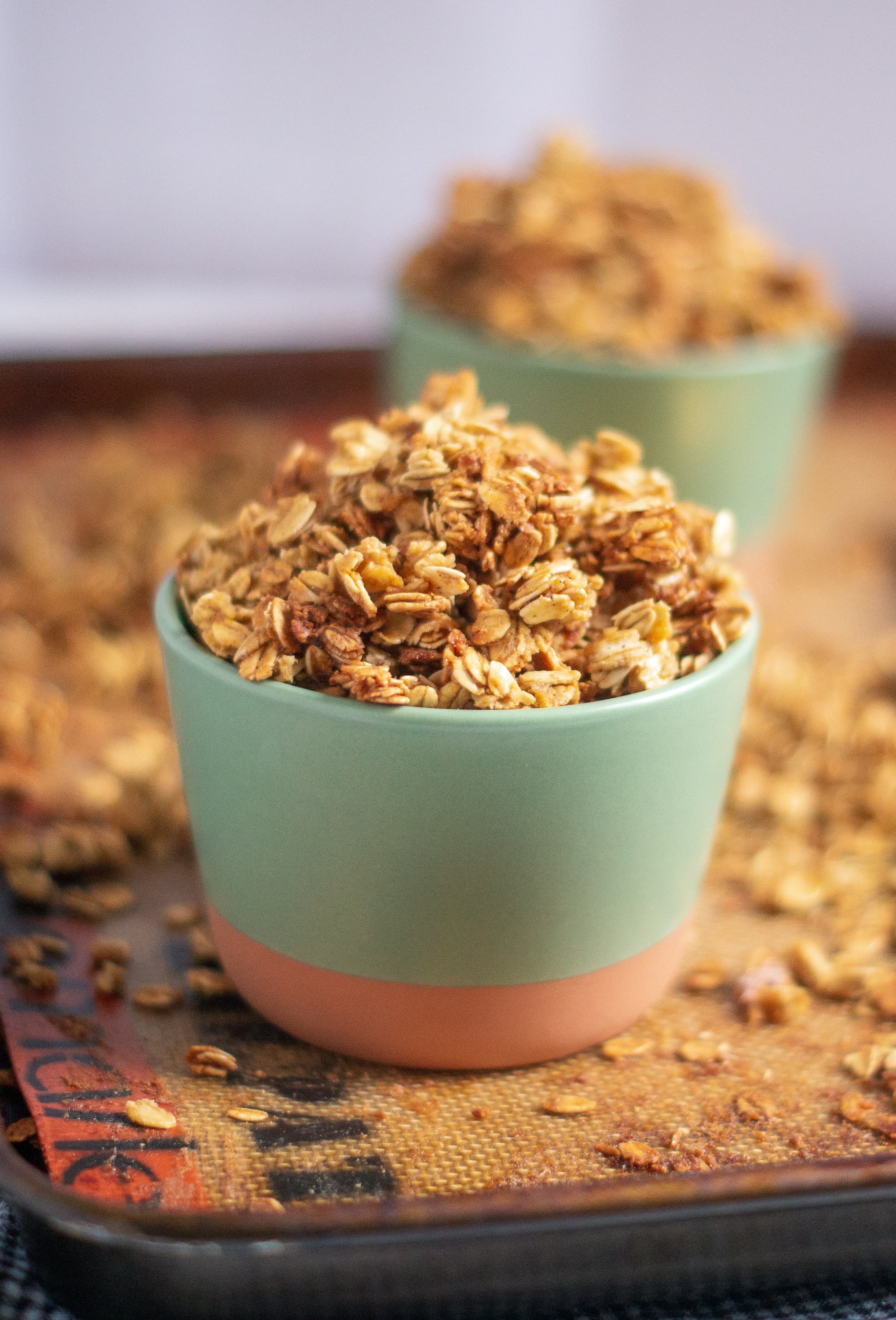 My dislike for her was solidified the day she showed me how to make gnocchi (something I’d never done before, phony food connoisseur that I was). Her technique was simple and quick and almost effortless. She was as fluid as the water simmering between us. I was green with envy at her abilities. During conversation, I found out she was a few years younger than me and turned the deepest shade of forest. I felt so behind, she seemed so ahead. 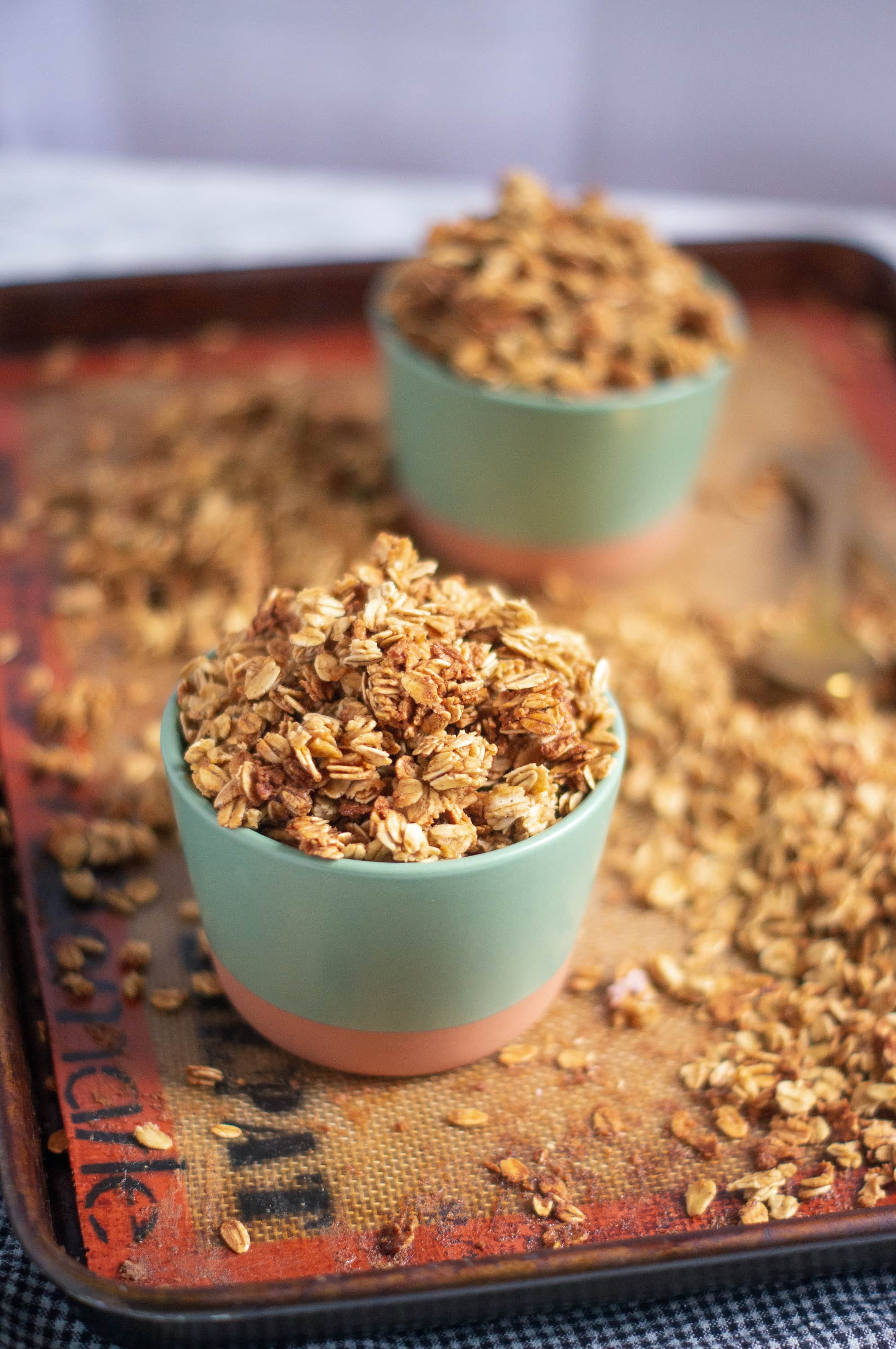 And then, one day, she messed up. She left granola in the oven too long. Way too long. It was burnt. Charred. Inedible. She’d ruined a dish.

A part of me, the pettiest, nastiest, meanest part of me, was happy when it happened. She wasn’t perfect. She messed up. Vindication!

Then, I saw how much it upset her. How much she felt that mistake. How much it threw her off her axis in a way that as all too familiar to me. No, she wasn’t perfect. Just like I wasn’t. Yet, she blamed herself. Just like I did. It was in that moment I felt a shift, the soft click of my humanity switching back on. My heart, which grew three sizes that day, went out to her. 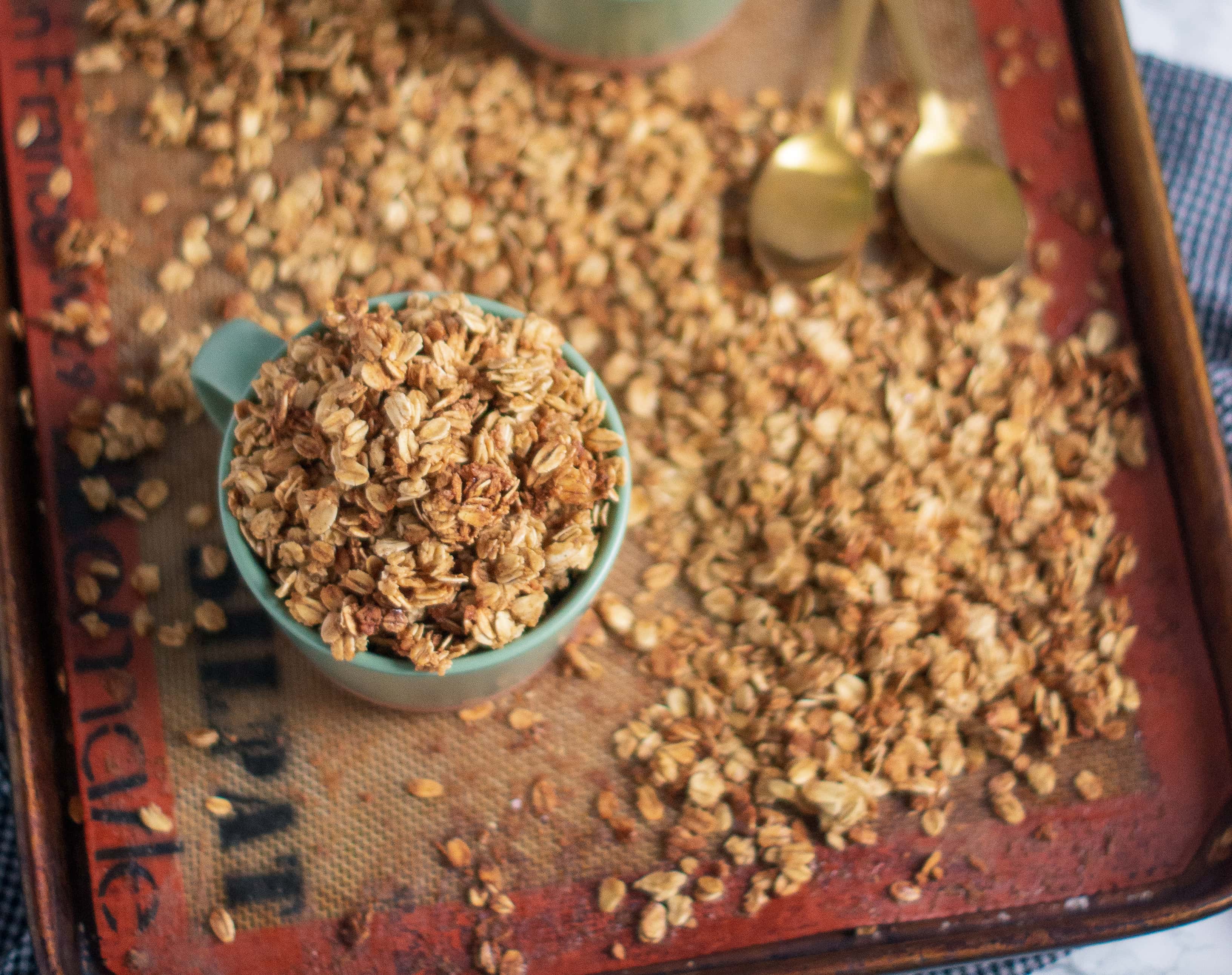 We hustled and worked together – really and truly this time – to whip up another batch, paying special attention to the timer. It was out of the oven and ready to go before service started. The shift went well – there may have even been a joke or two shared between us.

After that day, after seeing her as she really was and not as the enemy I’d made her out to be, a friendship blossomed. The two of us did too. No longer scared or anxious or envious around her, I was able to be more myself, my true self. Tender, soft. Not too terrible at making desserts, either. And she was more open with me, less guarded and more engaged. She taught me a lot about the kitchen and about herself. Because I let her. 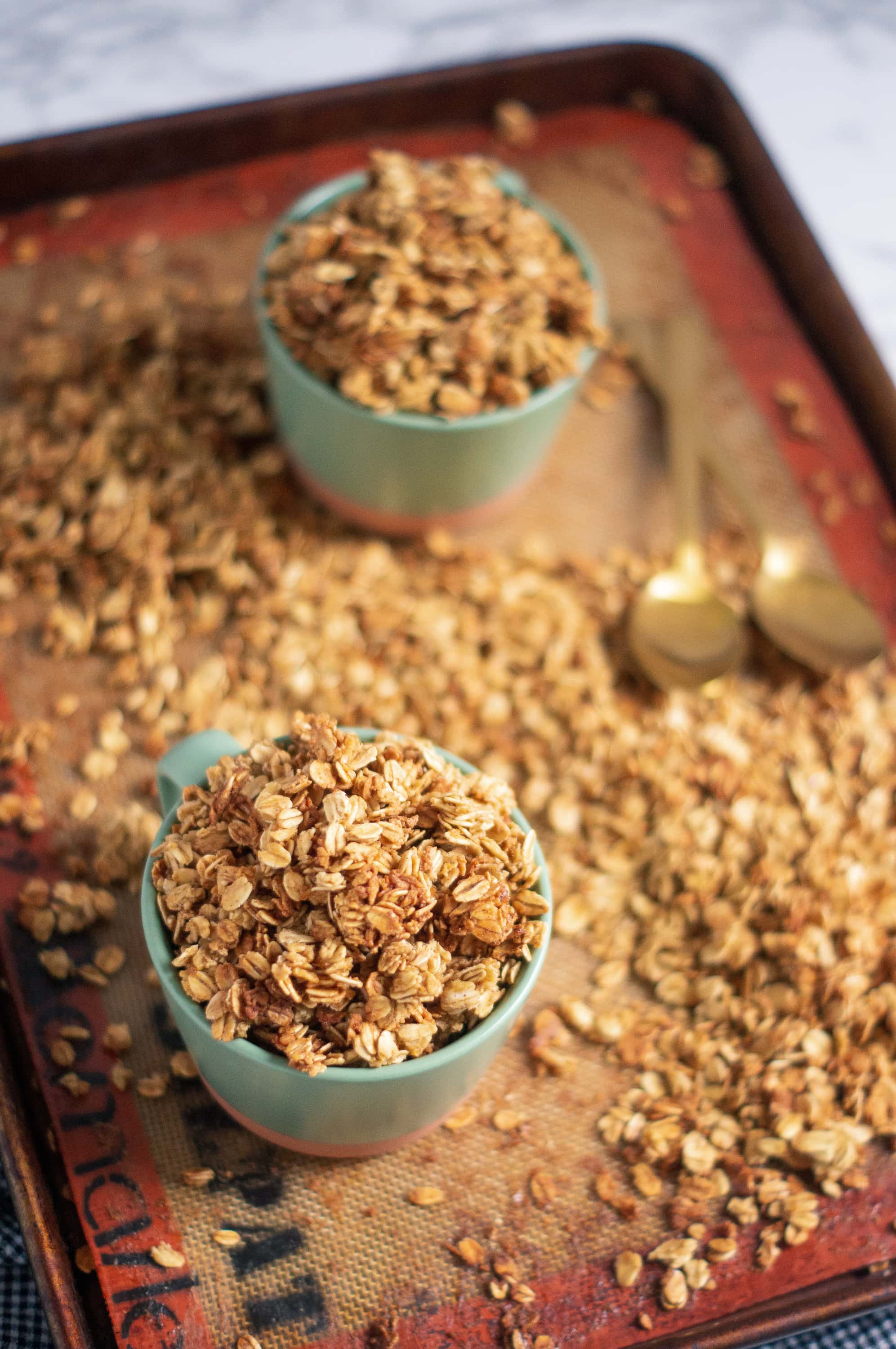 She’s still teaching me. About cooking. About herself. About myself. No longer threated but thriving.

All those tender and soft spots – once raw and ragged from my own picking and poking – she encourages. Applauds my emotions, asks my opinions. Jen sees me now because I’m not afraid to show her. And she likes me! Blessedly, thankfully. And I like her. Oh so very much. I miss her. I text her. I hug her. I eat her cake (better than mine, and I’m ok with it).

I think of her when I make granola. And pay special attention to the timer. 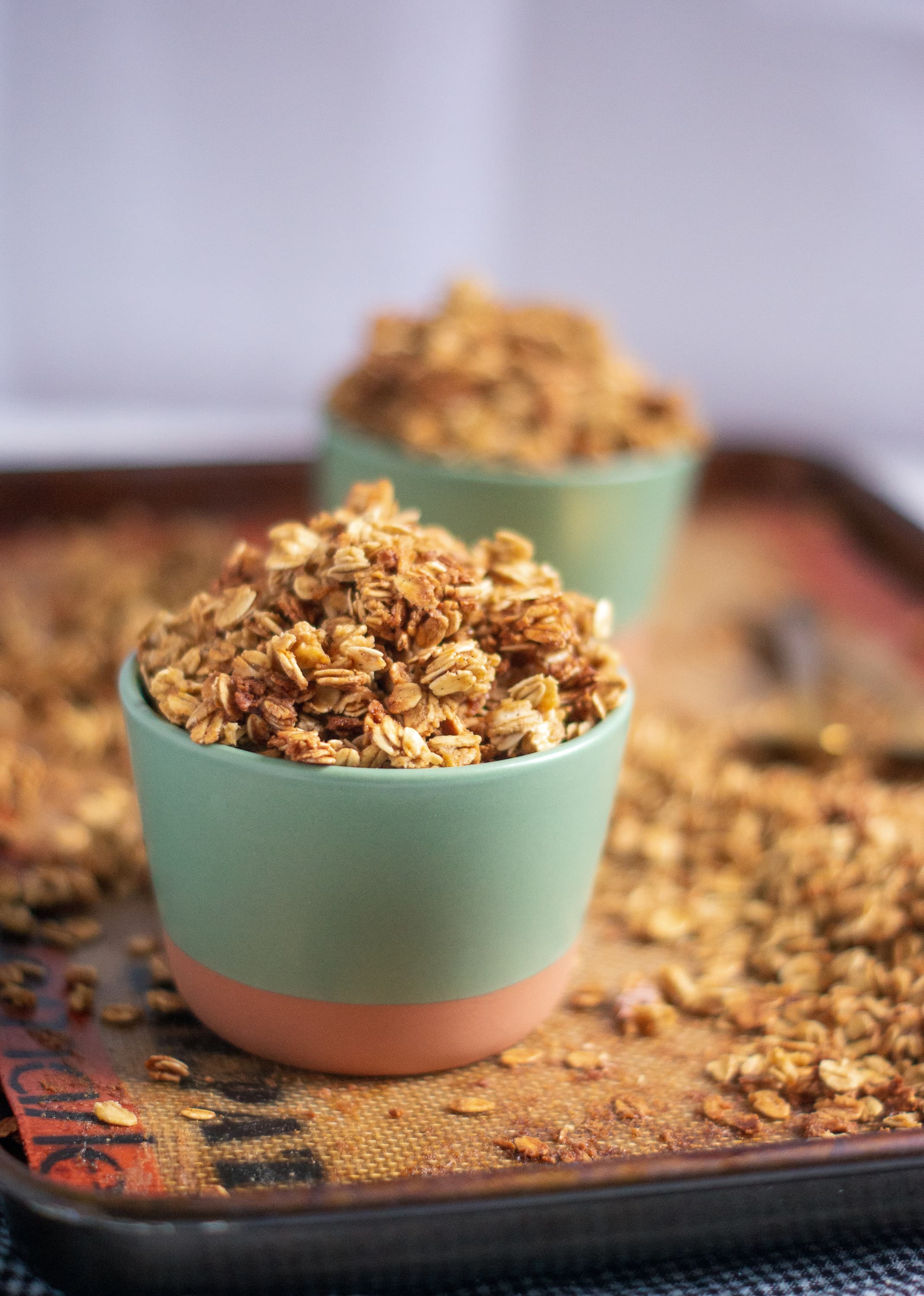 Preheat oven to 375 degrees. Line a baking sheet with a silicone baking mat and set aside.

In a medium saucepan combine the brown sugar, maple syrup, egg whites, and vanilla seeds. Whisk together over medium-low heat until combined.

In a large mixing bowl whisk together the oats, salt, cinnamon, and pepper. Pour sugar mixture over and stir to coat.

Pour in an even layer onto prepared baking sheet and baking in preheated oven for 35 – 40 minutes, stirring every 15 minutes.

Remove from oven and allow to cool before storing in an airtight container for up to two weeks.