I just spent the last 10 minutes watching a video on YouTube about makeup dupes. Which seems fitting since today I have another “dupe” of my own! Much like the scones from yesterday, this is a recreation of one of my favorite dishes in Chicago. 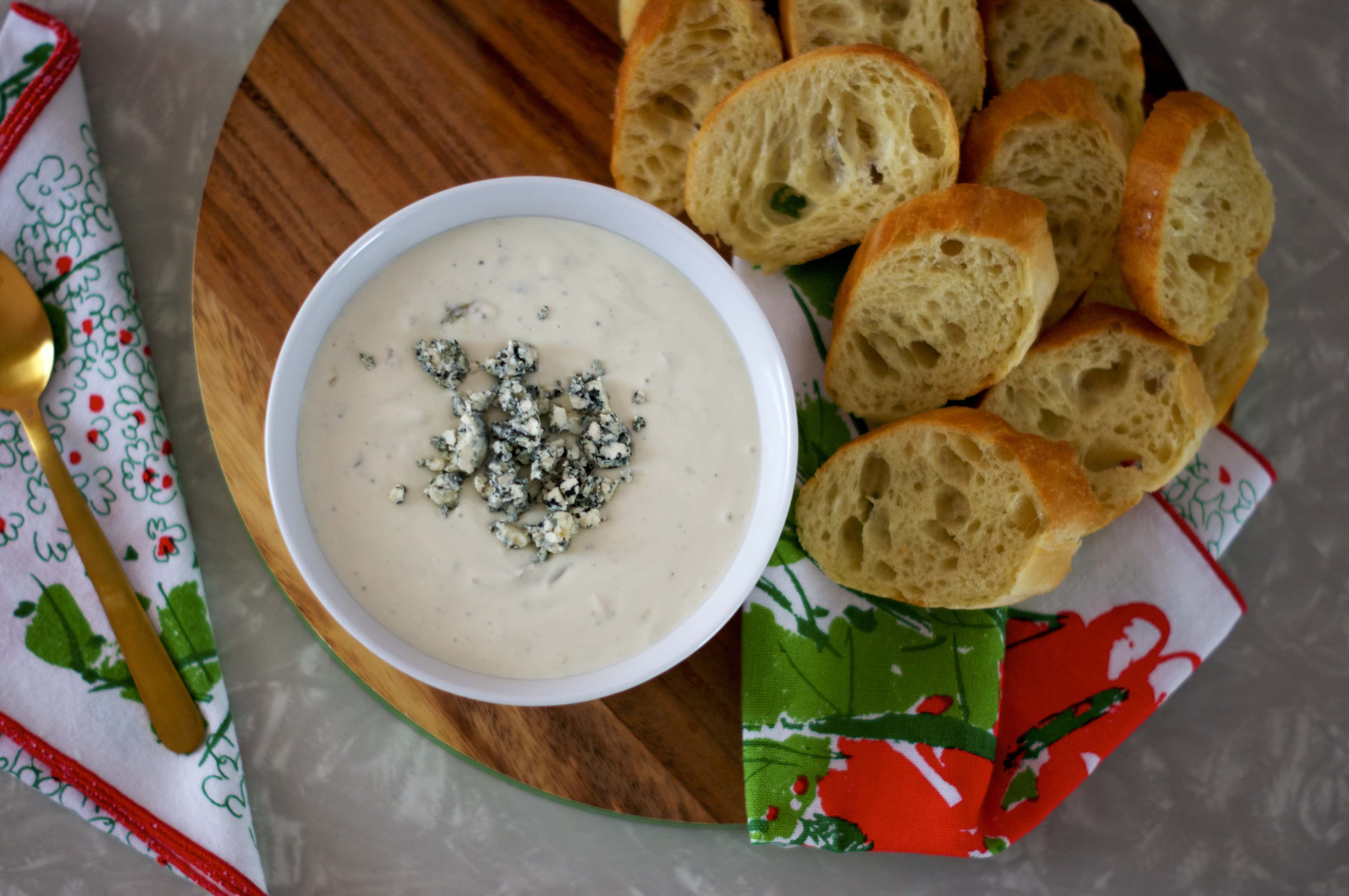 There’s a place called Glenn’s Diner just off the Montrose stop on the Brown line that I frequented during my studies. The first time I went was with my family on one of their visits. Glenn’s had been featured on an episode of Diners, Drive-Ins, and Dives and piqued our interest. (This is all too familiar to me.)

With its wall full of cereal and daily fresh fish offerings written on the chalkboards, Glenn’s quickly became a staple in my rotation of restaurants. When I was assigned to cover the Ravenswood neighborhood for an entire quarter, I began going even more, regularly taking friends and family when they visited, getting heaping bowls of lobster fettuccini or chicken and waffles. 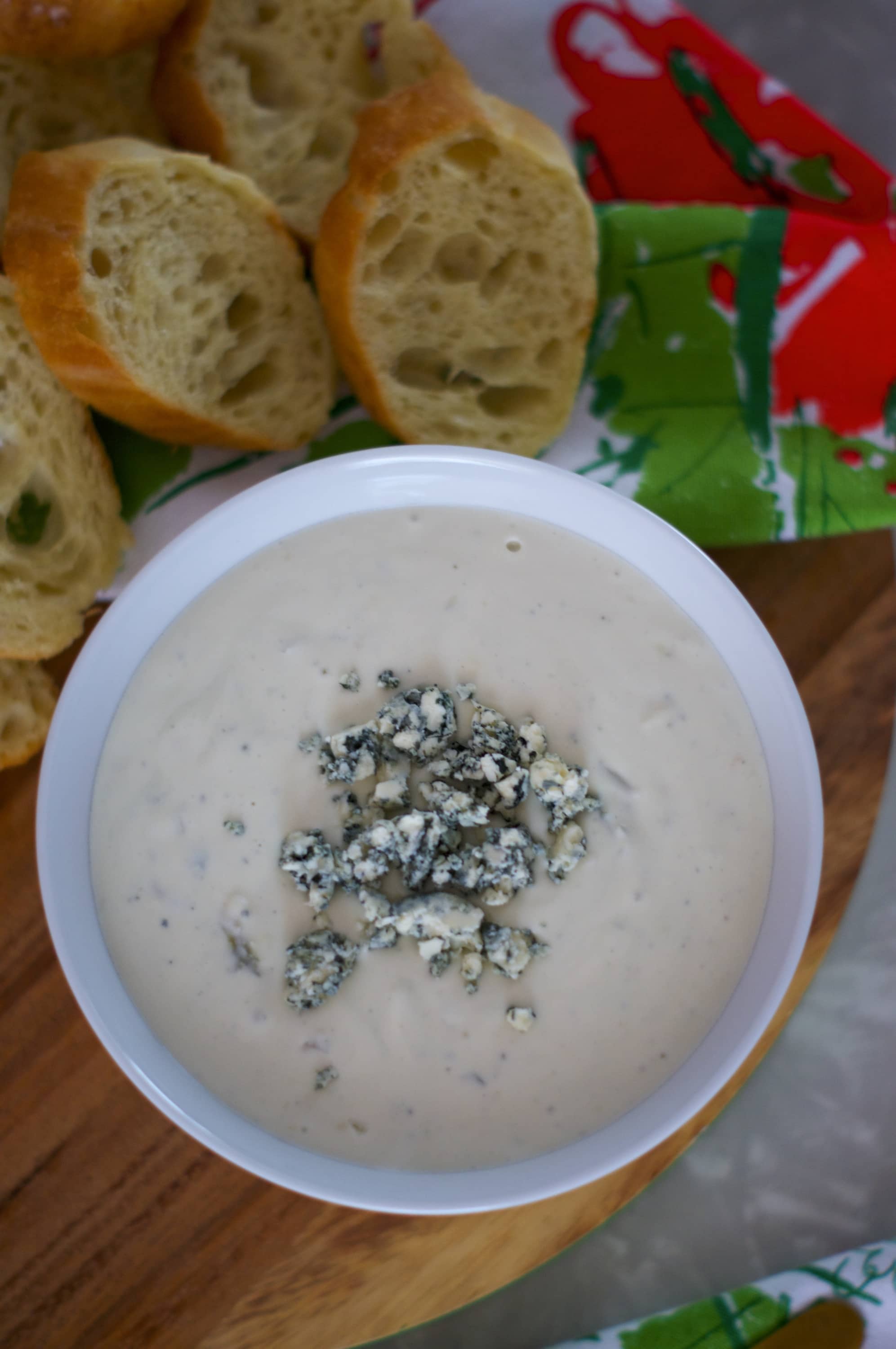 No matter what entrée I decided to get, or who I was with, the meal always began with an order of gorgonzola garlic bread. Because OHMYGOSH! Buttery, crusty bread doused with creamy, tangy gorgonzola cream…it was, in a word, divine. So much so, that I routinely began asking my servers for the recipe. And was turned down. And again. And then again (I bet they really liked me there). Eventually, the chef begrudgingly told me what was in the sauce but neither the quantities nor the method.

So I was left to my own devices to figure it out. AND FIGURE IT OUT I DID! Huzzah!

Feel free to benefit from my trial and error. Maybe for Valentine’s Day? Have this be a precursor to a beautiful candle light dinner? Or eat it all by yourself. I won’t judge. 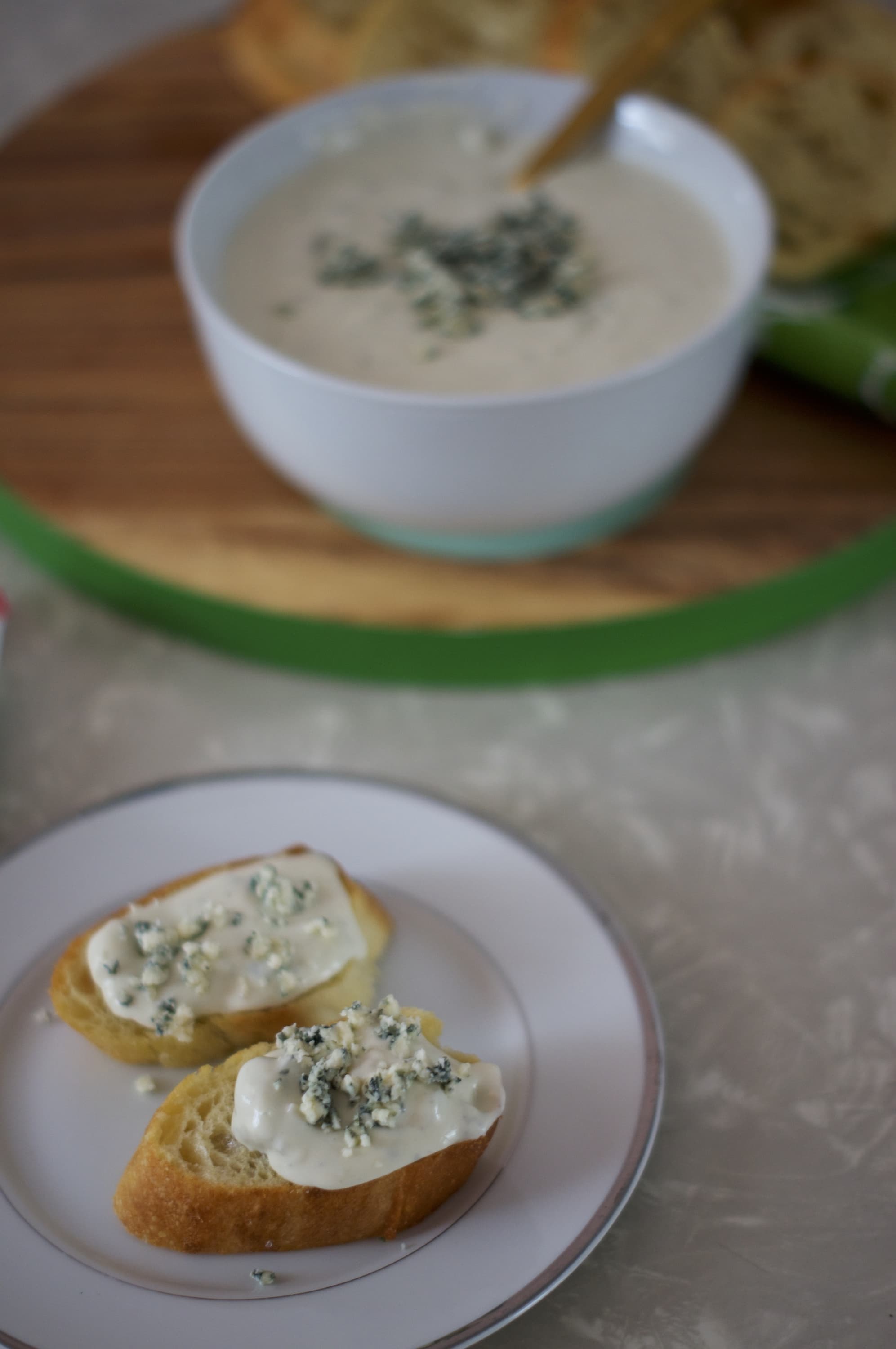 In a medium saucepan, warm the butter and olive oil over medium heat. Add the onion and sauté until translucent. Add garlic and cook until fragrant, about 1 minute.

Pour wine into pan and cook until reduced by half, stirring occasionally.

Add in the Worcestershire, lemon juice, milk, and cream cheese. Whisk until smooth. Remove from heat, stir in the gorgonzola, garlic powder, salt and pepper.

Serve with toasted and buttered bread. 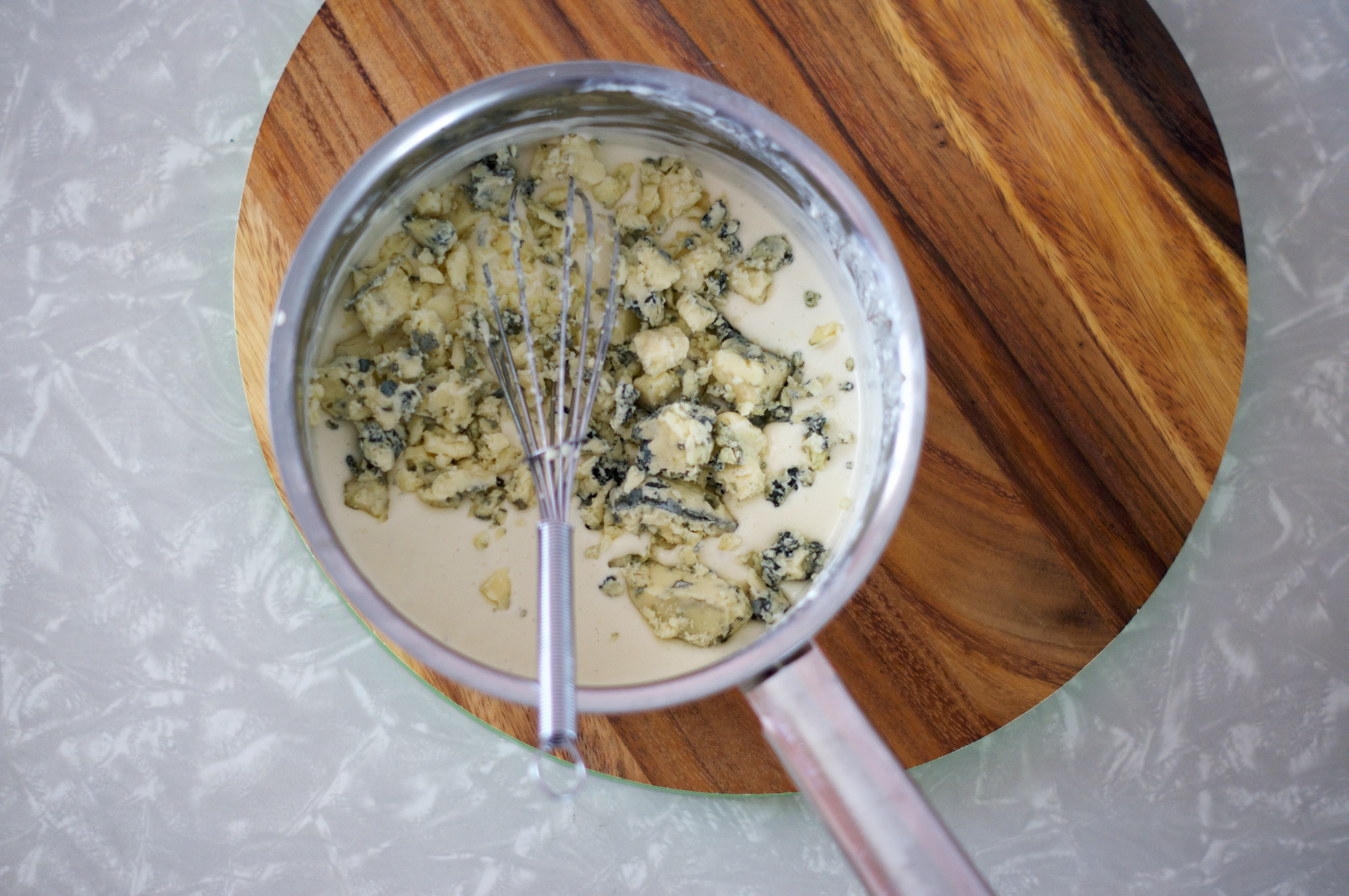