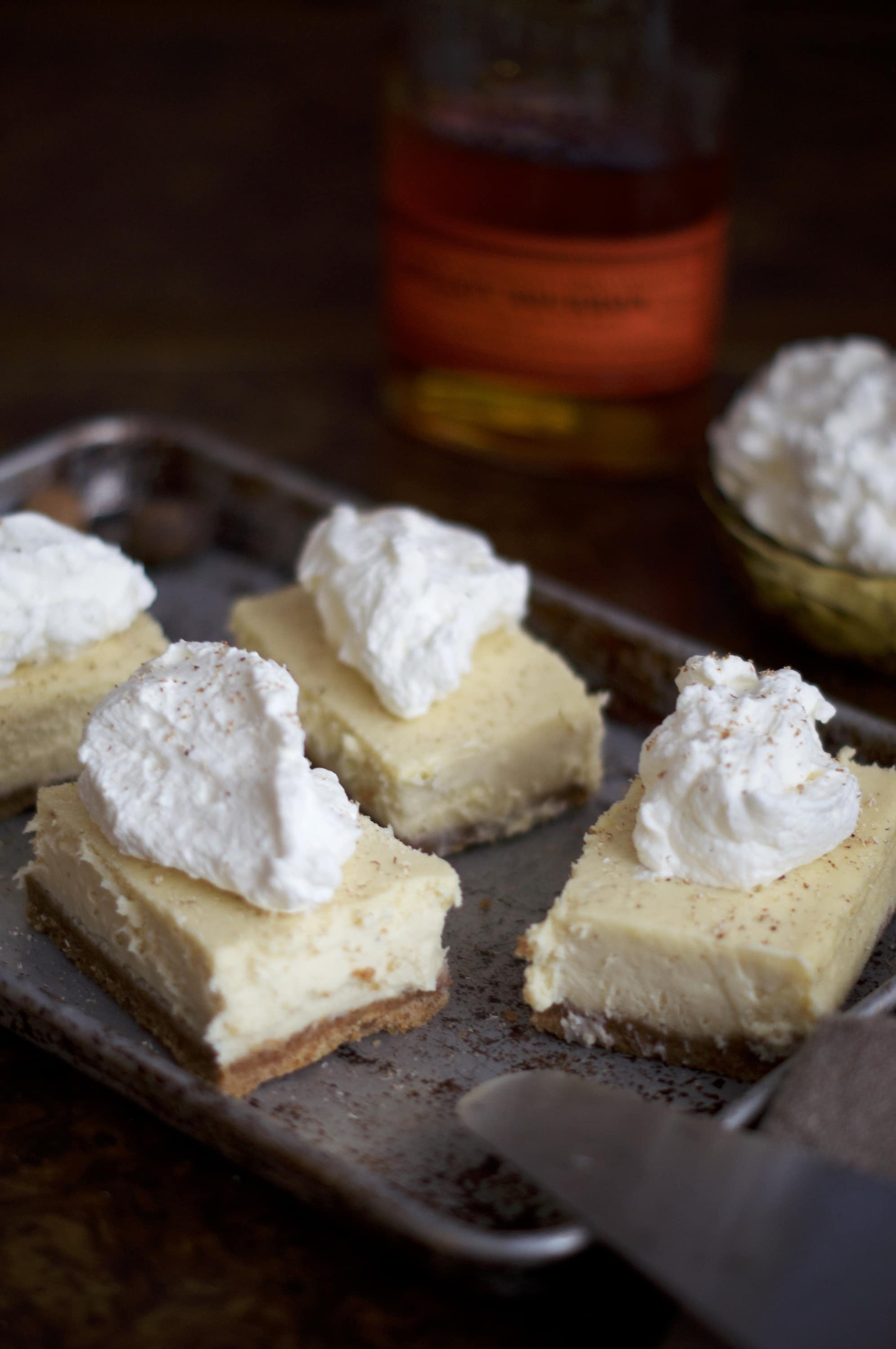 The first Monday of the New Year has to be filled with a lot of hope and optimism instead of the regular “blahs” that Mondays are known for, right? Or is that just me? 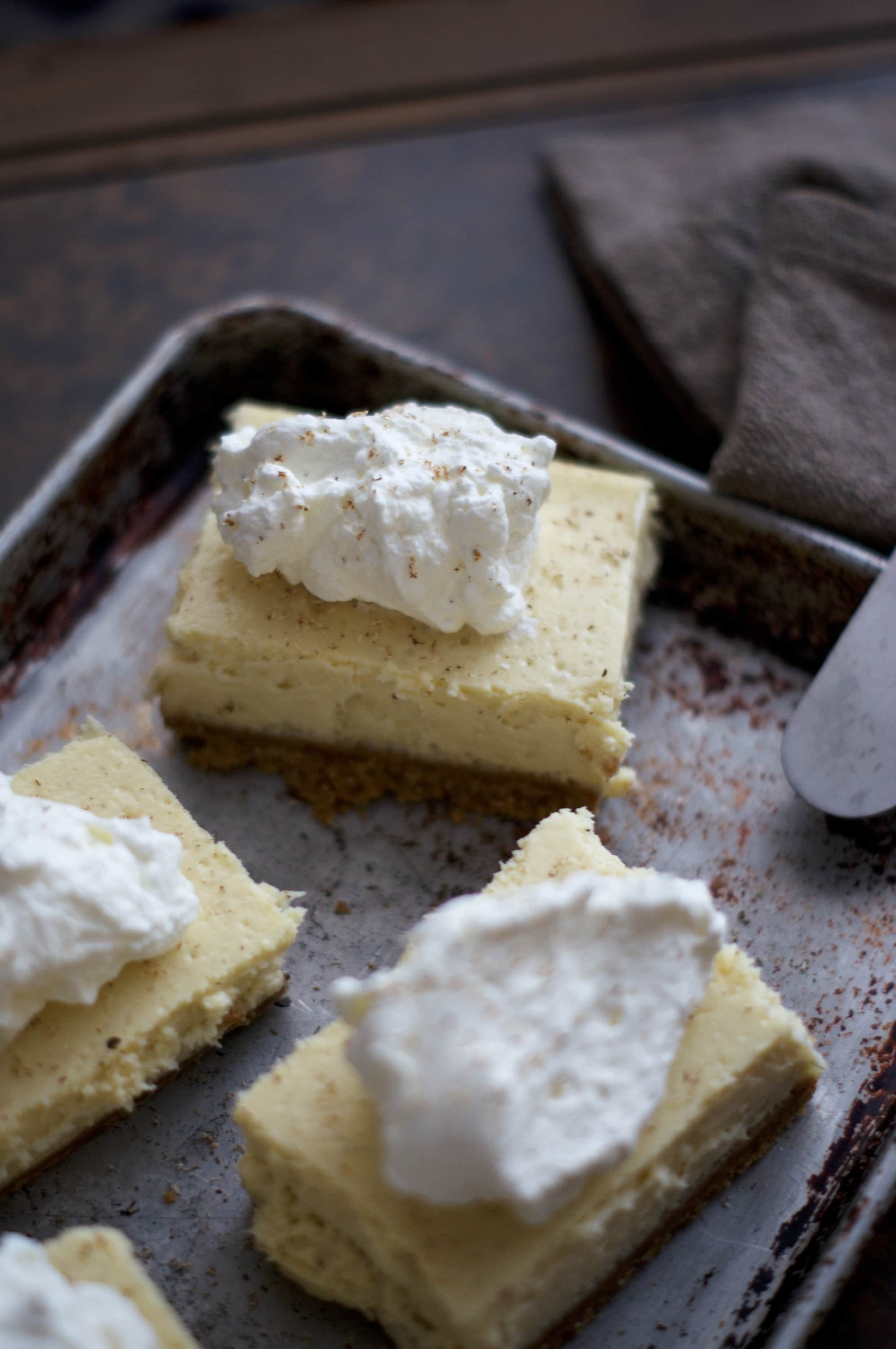 See, I set intentions rather than resolutions. Which are basically synonyms, I’ll concede to that, but intentions are different. At least to me. 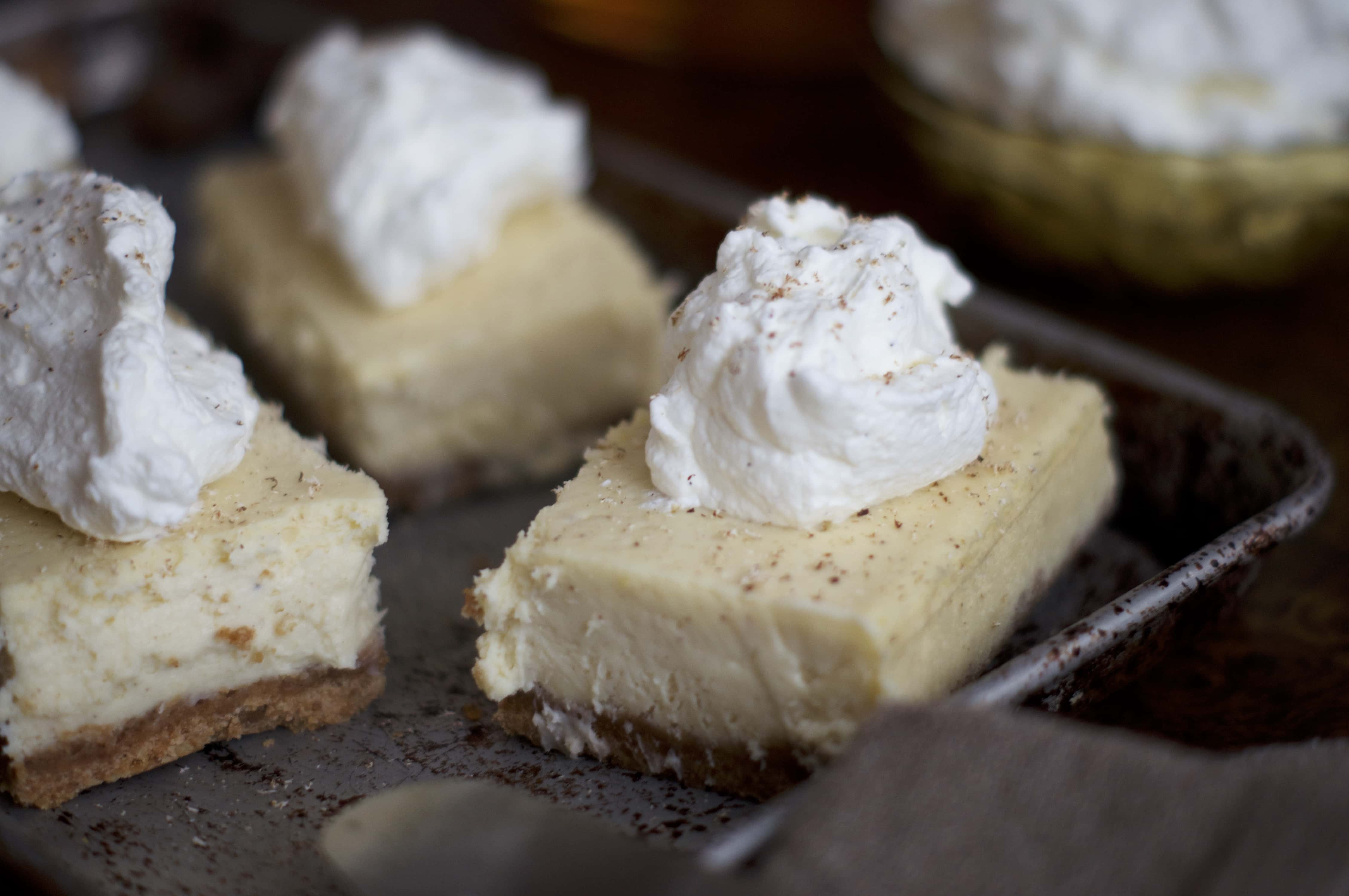 They’re about adding to life in the coming year, versus subtracting, which seem to be the main theme of resolutions. Not that it’s a bad way to look at things or a bad way to do things; I’ve just found that intentions are better for me than resolutions. It also promotes a sense of purposefulness. (Side note: wasn’t positive that was a real word, but it is indeed.)

For instance, this year I’m aiming to read more, make more, and save more. By doing all of those things (to the best of my ability), and by looking at it as doing “more,” I’m adding value to my time and my life versus subtracting it. Does that make sense?

My resolution could have been to watch less TV (subtracting something I enjoy from my life), but my intention is to read more (adding something I enjoy to my life). This will naturally lead to less television viewing without feeling like deprivation or a punishment. Same thing goes for making more. I want to make more things from scratch and sew more clothes (I’m an amateur seamstress). If I do this, I’ll naturally be buying less, and thus I’ll be saving more too! Two for one! What a deal! 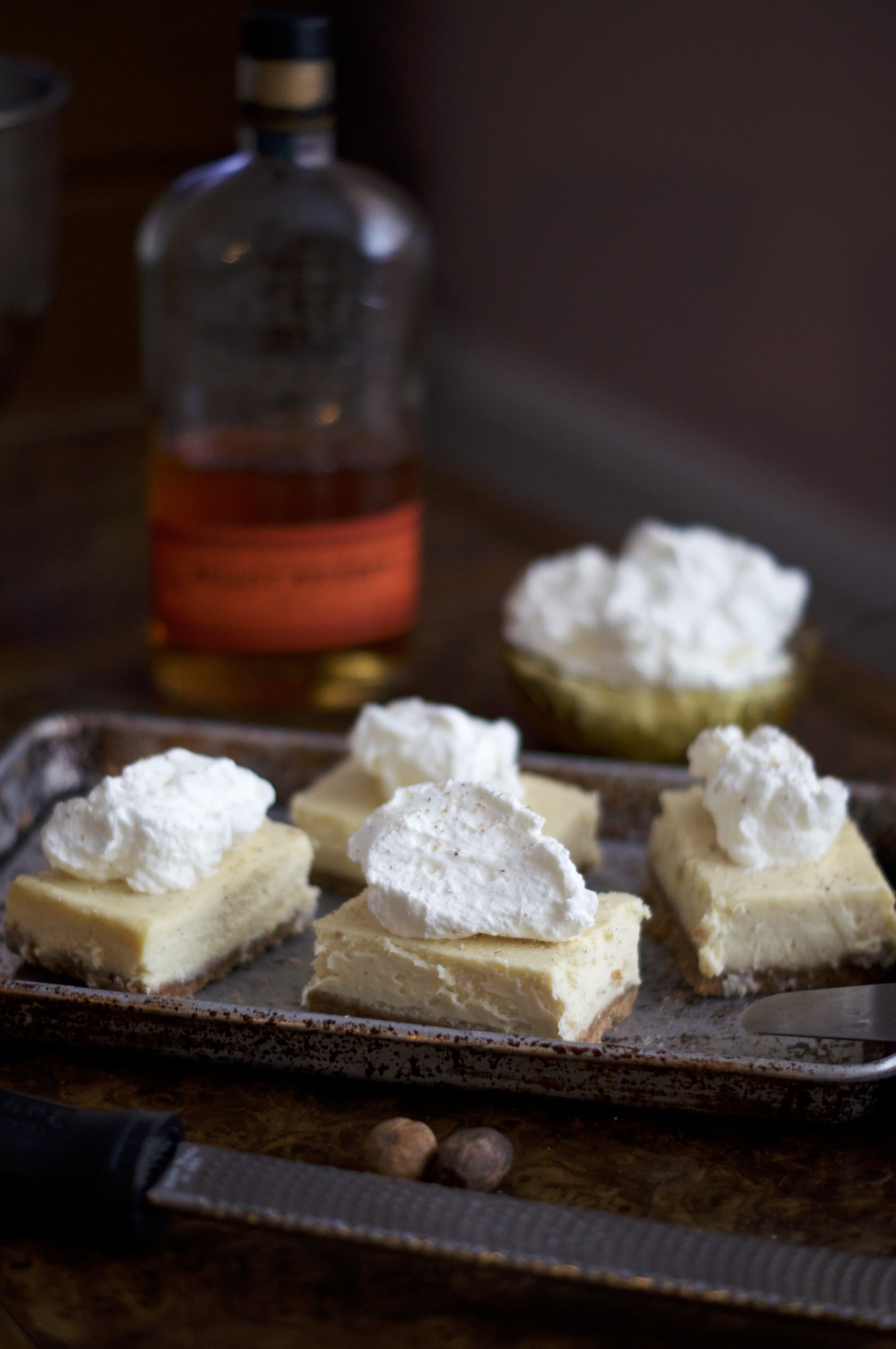 Because when you say yes to one thing you’re saying no to something else. I’m choosing to focus on the yes in the situation instead of the no. I’ve never been good with deprivation, I don’t know many people that are.

So, you really shouldn’t deprive yourself of these eggnog cheesecake bars. I made them using something that's abundant this time of year - a little leftover eggnog. I was gifted a big jar of the homemade stuff from a friend (Hi, Bunny!) and didn’t want to waste a drop. Which leads me to another intention – using more. Which amounts to wasting less! Huzzah!

It added a boozy punch to these easy peasy cheesecake bars. They’re less involved than other cheesecake recipes and cook quicker in a 9x13 pan so we can get back to eating more dessert in the coming year. 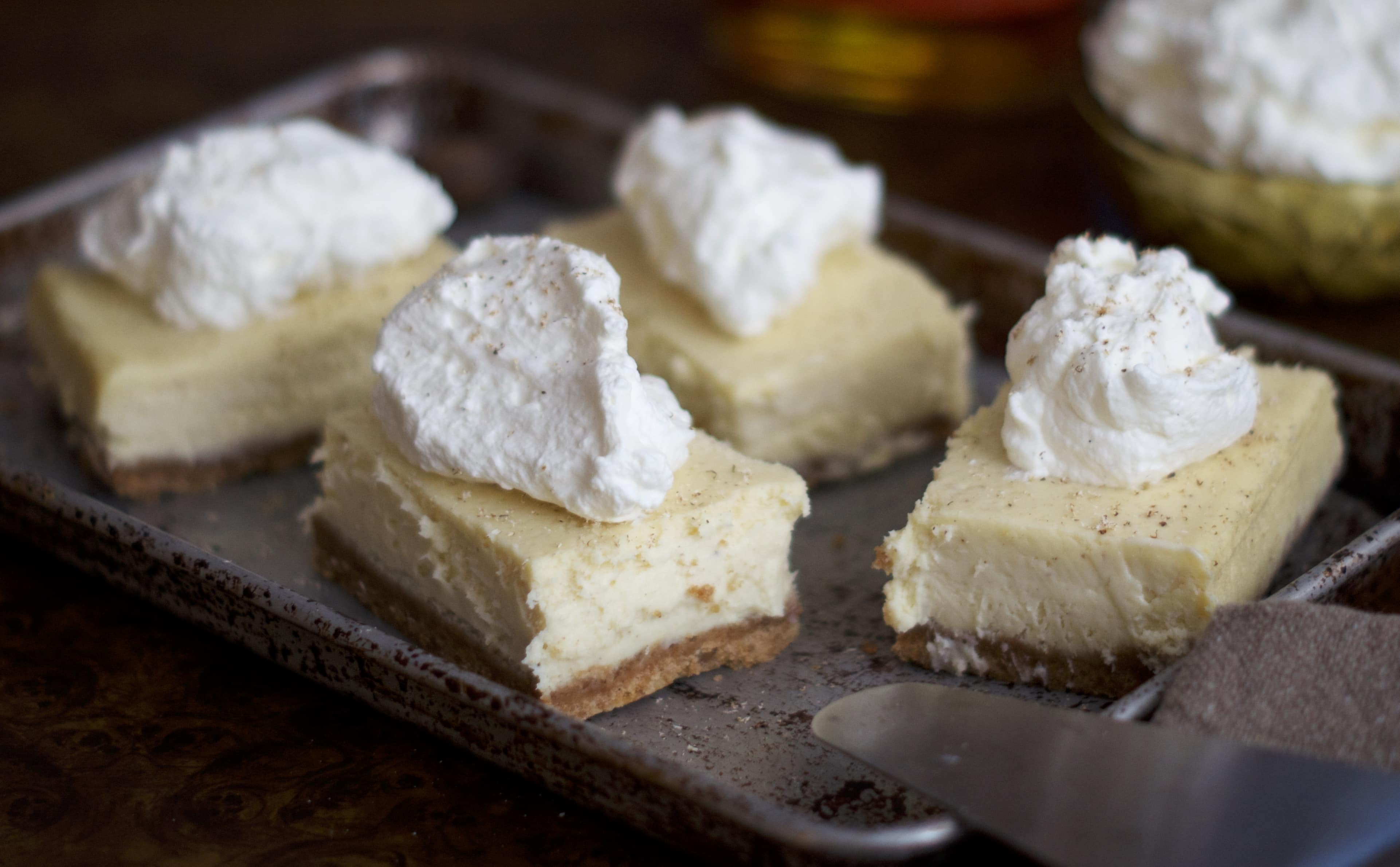 (Adapted from Martha Stewart, of course)

Preheat oven to 350 degrees. Spray a 9x13 baking pan with cooking spray and set aside.

For the crust: In the bowl of a food processor, pulverize the cookies until they’re the texture of sand. Add the melted butter, sugar, and salt. Combine until the mixture then resembles wet sand. Press into the bottom of the prepared pan and bake for 8-10 minutes, or until the edges begin to brown. Remove to rack to cool.

While the crust cooks, prepare the filling.

For the filling: In the bowl of a stand mixer, cream the cream cheese until smooth and no bumps remain. Add in the sugar and beat until fluffy, scraping the sides of the bowl as necessary, about 3 minutes. Add the eggs, one at a time, mixing well after each addition. Scrap the bowl in between each egg. Stir in vanilla, flour, salt, and spices. Pour in the eggnog and stir to combine. Again, scraping the bowl as necessary to prevent any lumps.

Pour filling over baked crust and return to the oven for an additional 30 – 35 minutes, or until the center no longer jiggles.

Allow to cool completely on rack before covering and refrigerating for a few hours, or preferably overnight. 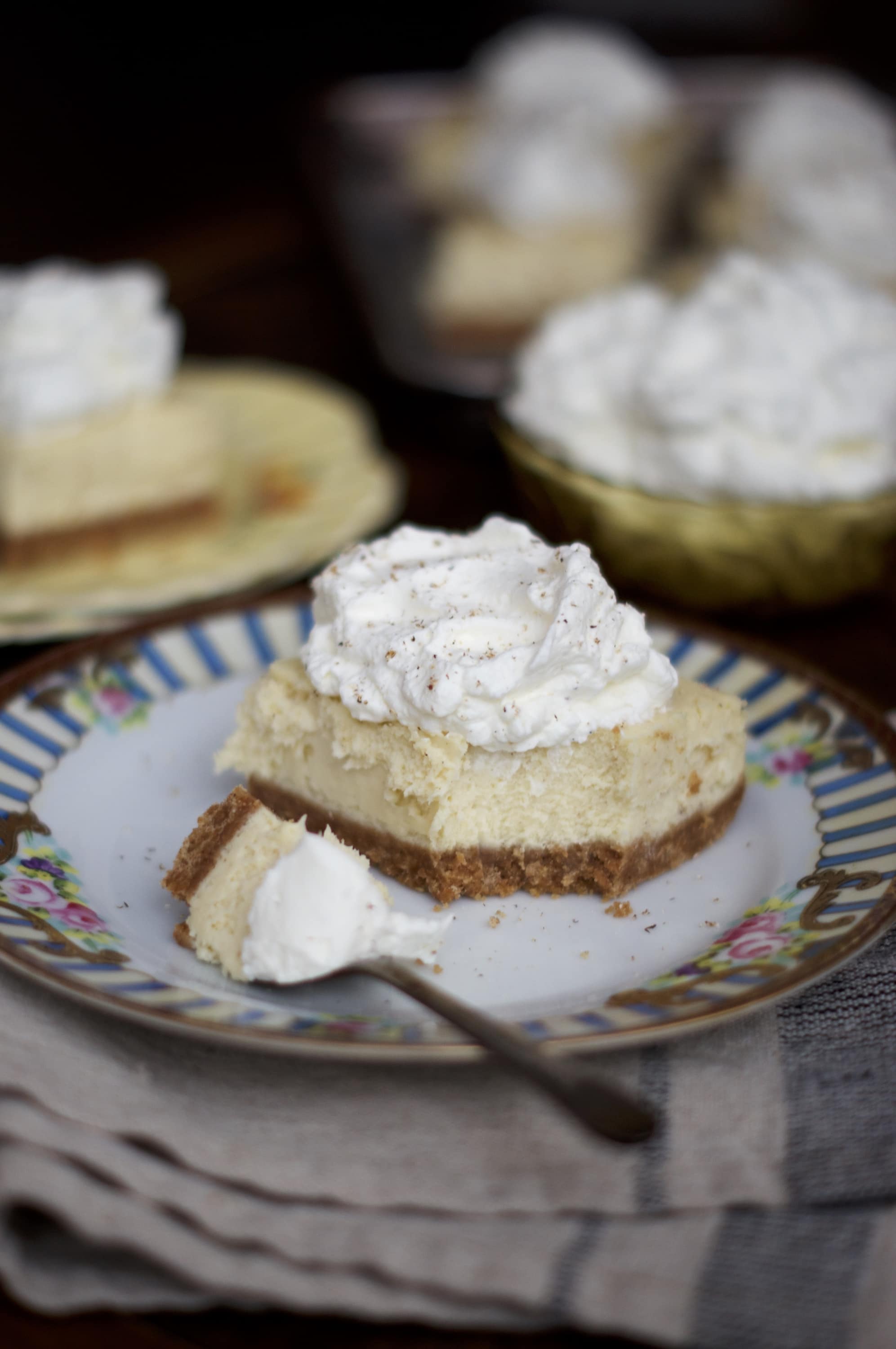