Crossing the state line was like passing through a filter. Everything became a little more golden, the edges softer. If I hadn’t recognized the light, the way the winter sun shined down on the road, I would’ve thought the lack of sleep and excessive time alone had finally taken it’s toll on my addled brain. 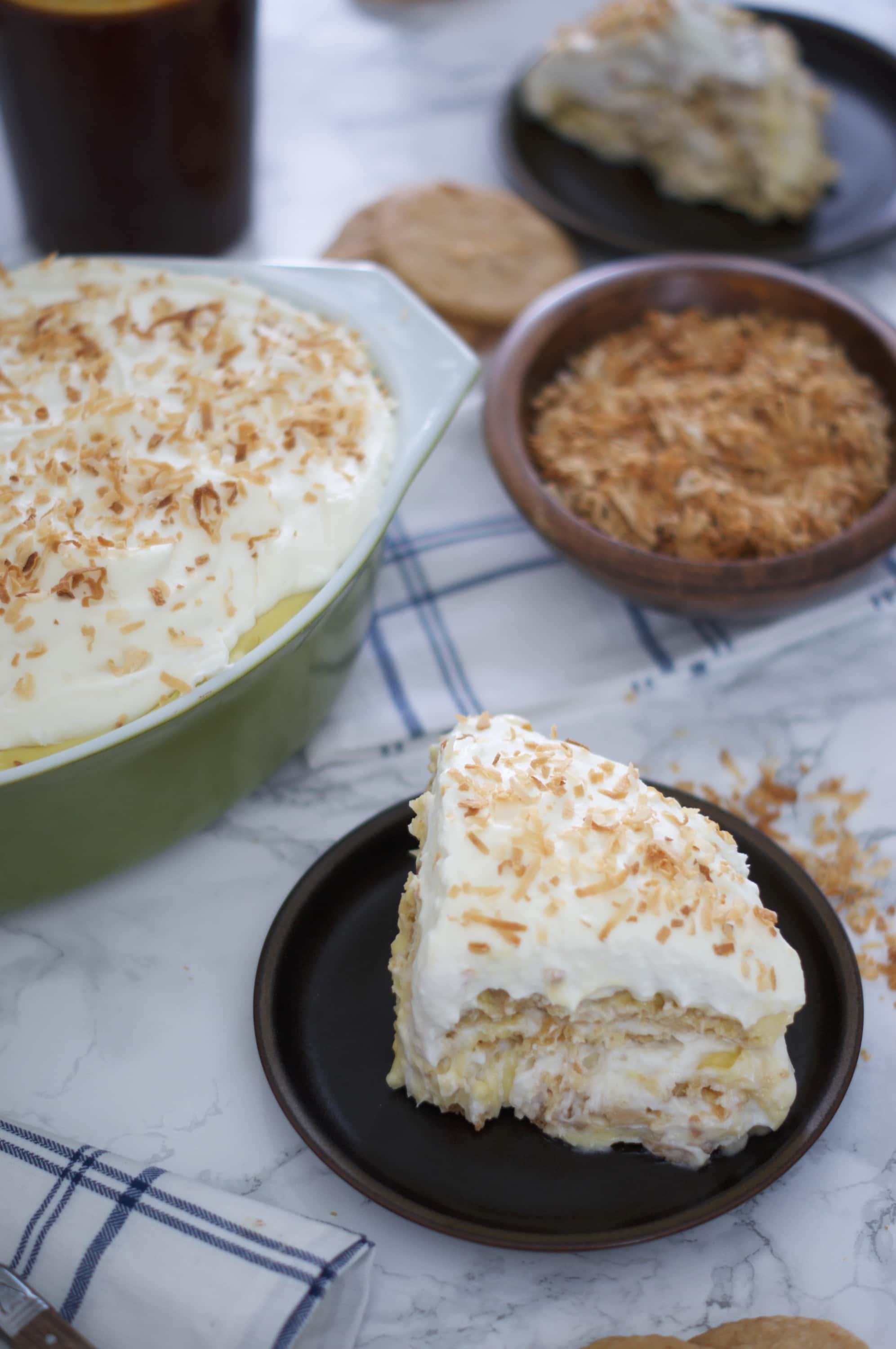 But I knew this light. I had seen it before. For years. It was dusk in South Carolina. Wintertime.

The next morning I rose before the sun, the closed blinds in my room producing a whisper of silvery light. Dawn was coming. I watched it appear over the fields of my family’s farm. The start of my first day back. I knew exactly where to begin, too. 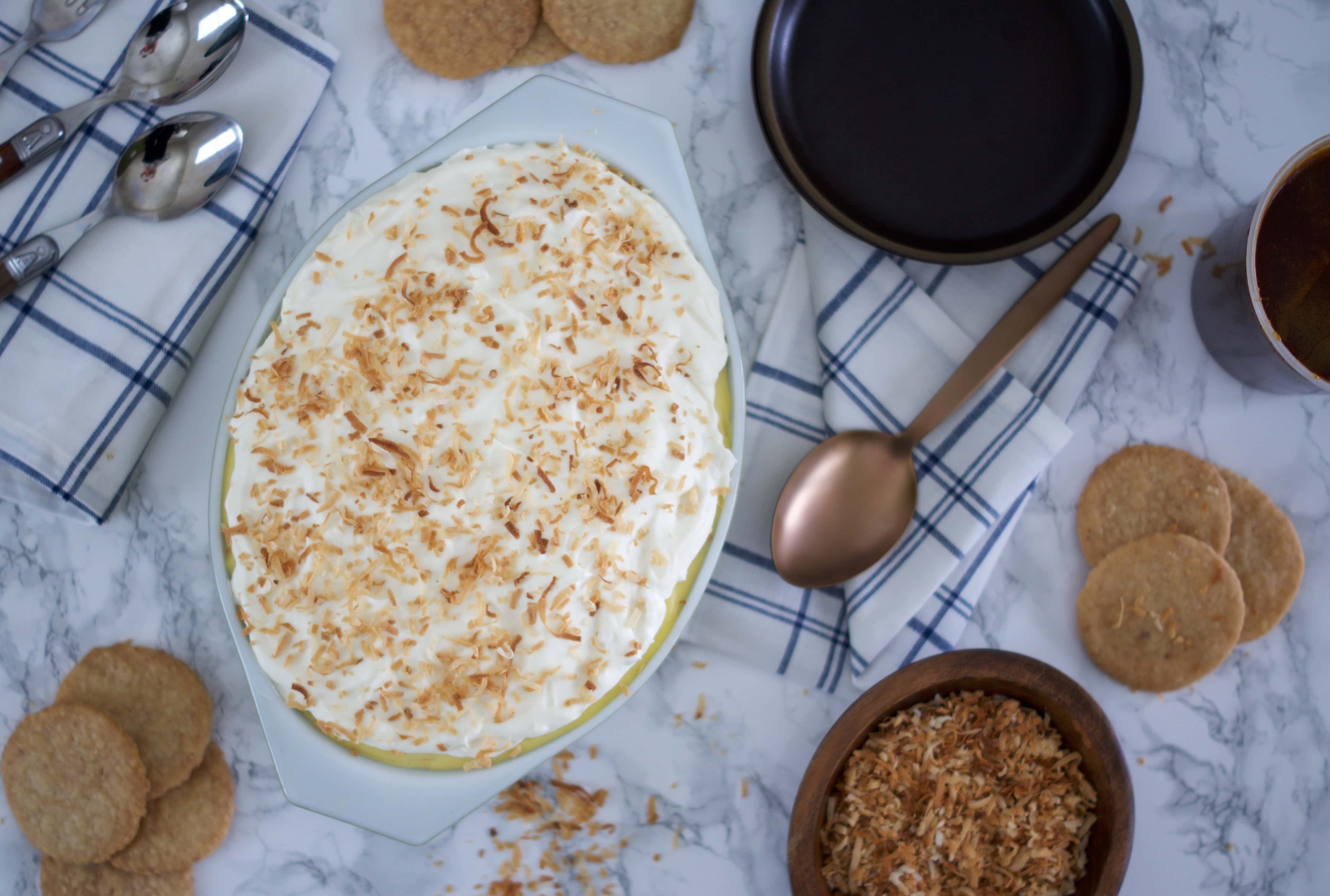 I parked my car in its usual place – un-shaded and exposed, guaranteed to warm up inside. The asphalt was already absorbing the heat, the light.

I forced myself to pass the back door. I wasn’t an employee anymore, this entrance wasn’t mine. Instead, I went in through the coffee shop. A regular customer.

“What’re you doing here?” Katie asked, both enthusiastic and incredulous as only she can be. I hugged her tight, tears welling up, my heart in my throat, unable to answer her question.

I saw a flash of blue-blonde hair out the corner of my eye, seconds later a gentle tap on my shoulder. I turned to see Jen, beaming – she knew I was coming, the only one who’d been aware I’d appear that afternoon. She enveloped me in a hug with her long arms. The tears spilled over as we spun.

The spinning ended and I faced the kitchen. Kris stood there, behind the gleaming prep table. He gave me a happy pout, a fake-frown transforming into a smile, and headed down the hall toward me. Now the tears were flowing more than falling. My shoulders shook, heaving sobs as we embraced.

Collecting myself, I went to order coffee. I let the familiar sounds wash over me – the steaming milk, the keyboard clatters, Lindsey and Callie’s sweet voices. I leaned against the coffee bar – cool cement in contrast with soft wood - the color of honey. 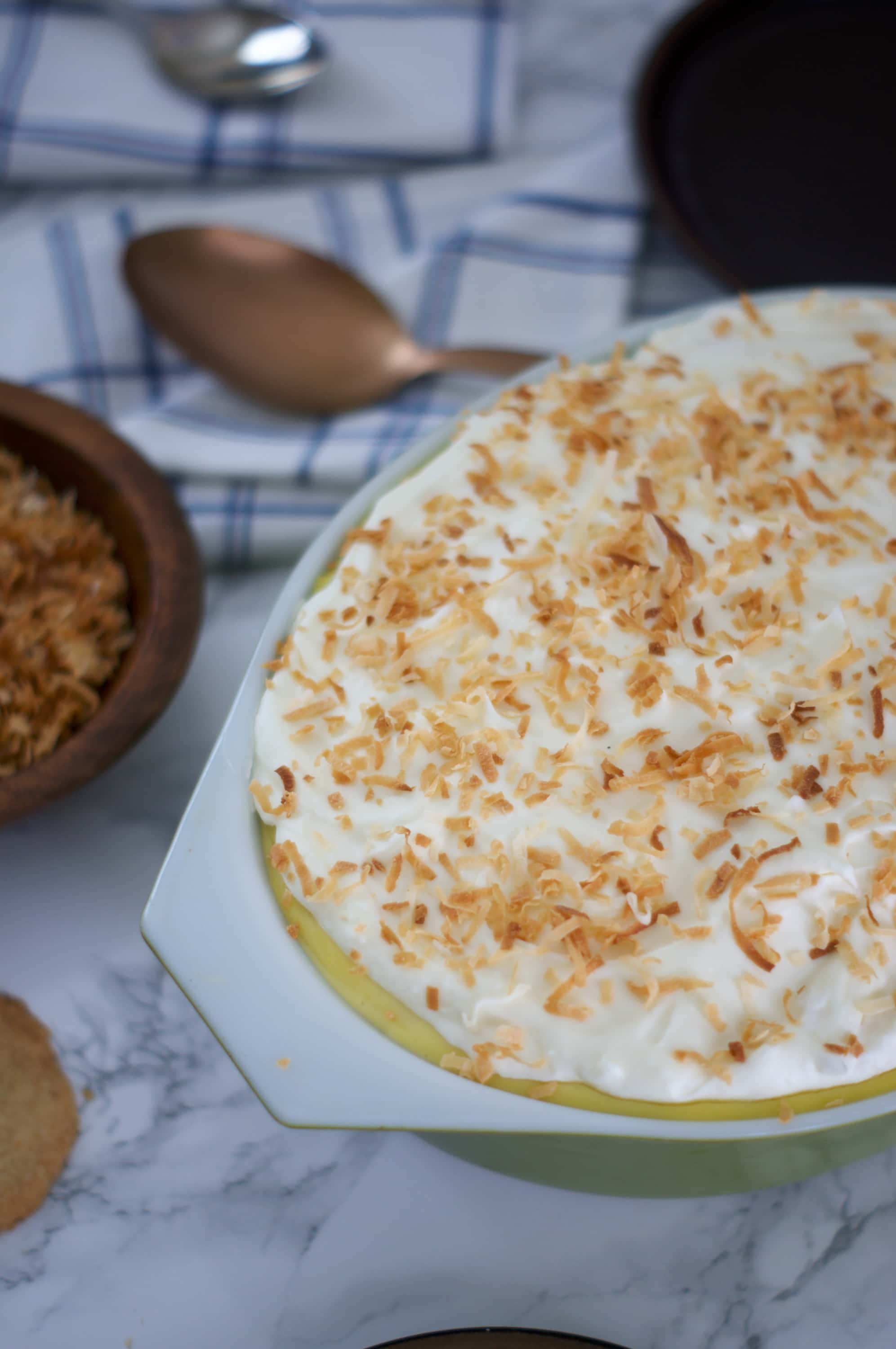 I sensed Alex before I saw him, turned to see him standing behind me in the doorway. One step, two steps to close the gap.

Instead light. Lightness in his presence, in being back at GB&D, being home.

“So…uhh…I don’t know what your plans are while you’re here, but…do you want to make some desserts?”

Nothing would make me happier. 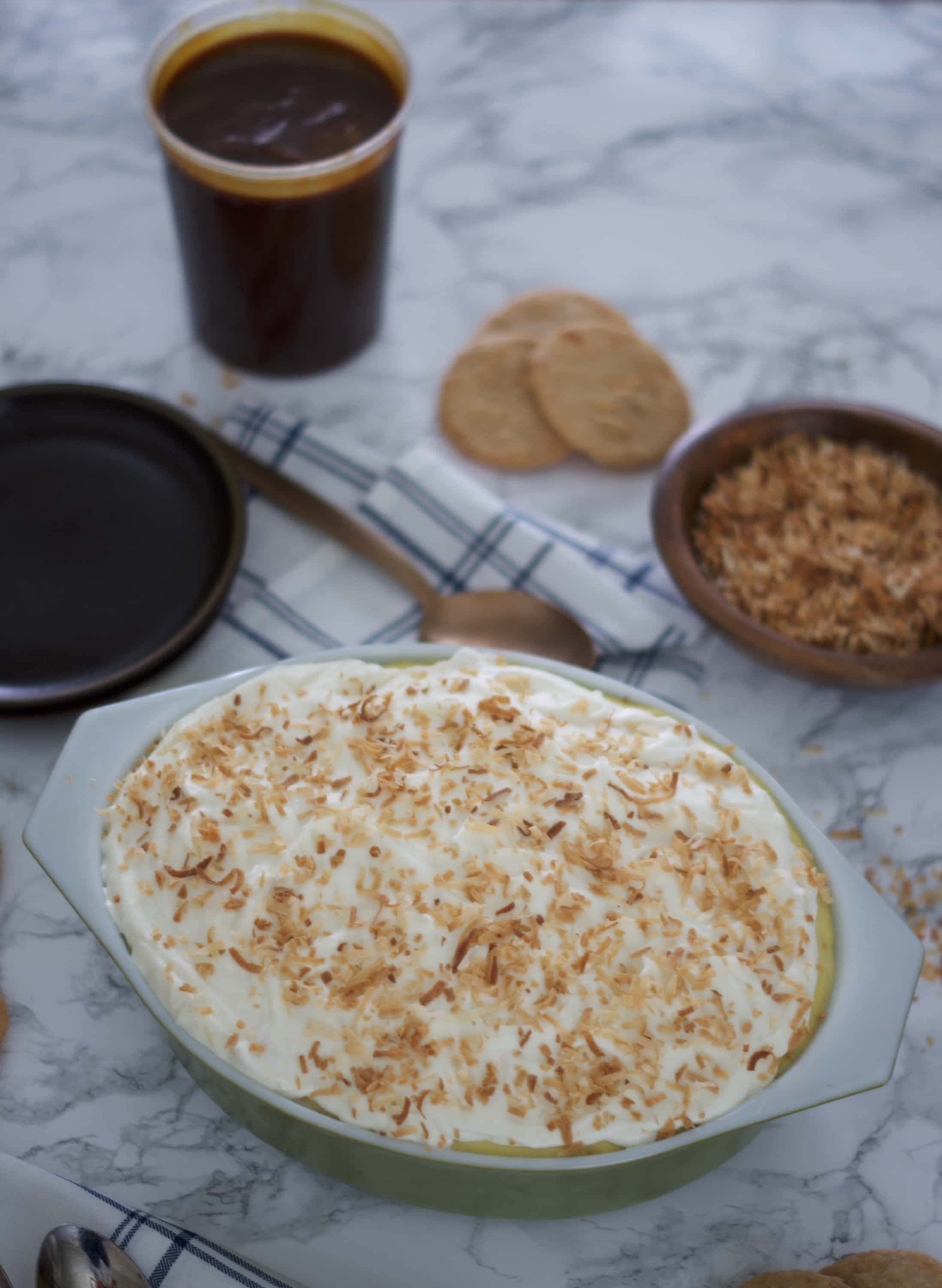 That decided, I took up residence at the corner table. Alex’s favorite spot. The place we had my interview.

Surrounded on both sides by windows it had the best view of the goings on both in and out of the restaurant. The afternoon sun slanted in through the panes, the décor seemingly picked out to compliment the rays – copper and plants and brick absorbing and reflecting in just the right way. The room itself hugged me, putting me at ease. The line grew, shrank, grew. I watched Jen. Alex. Kris. Katie. I cried. I ate the best burger I’d had in months. 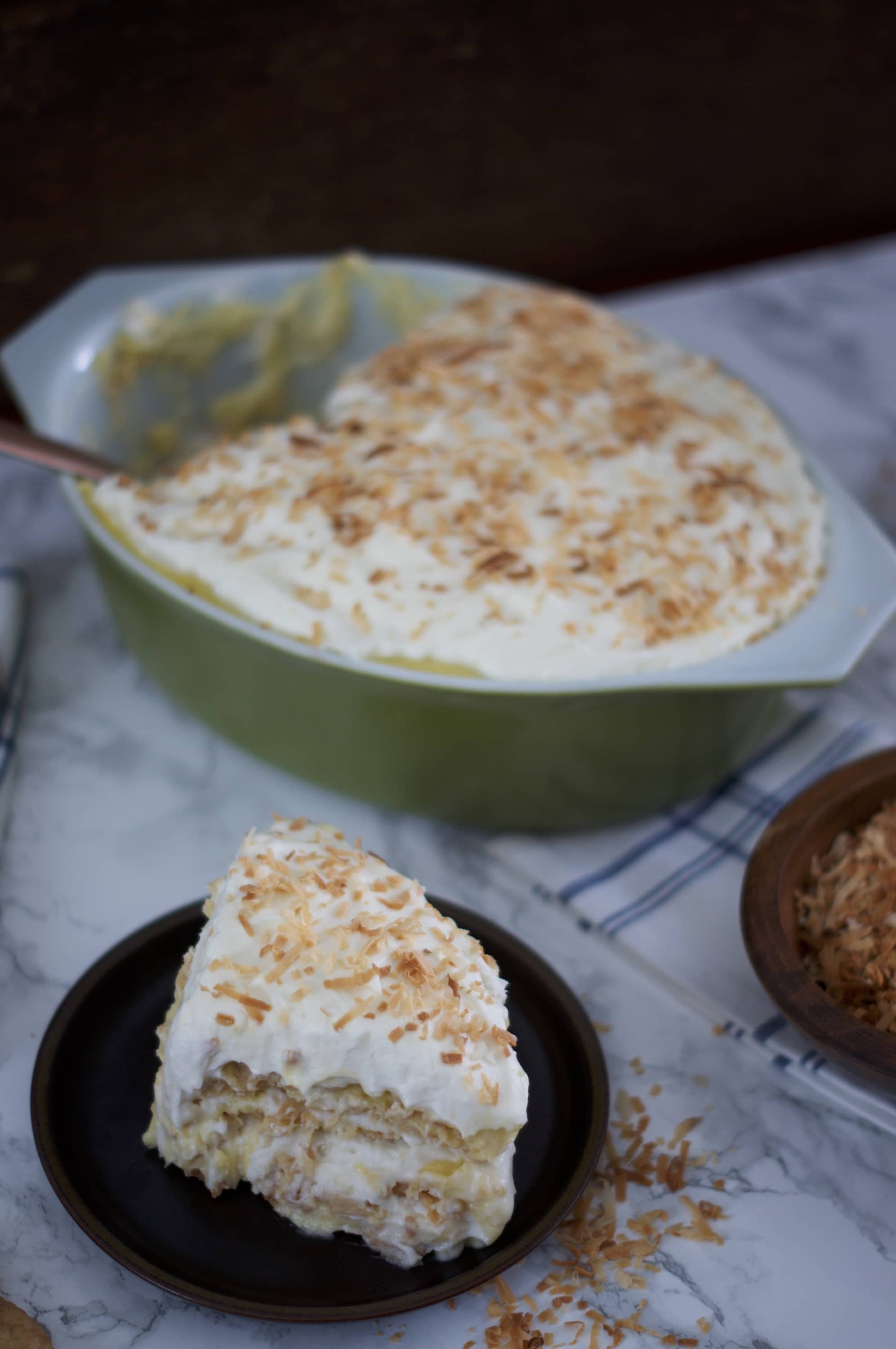 In the morning, I returned, ready to work. But my station wasn’t where it used to be. A lot had changed in six months. Remodeling, rearranging. Alex’s quest for the perfectly situated kitchen never quite accomplished.

I found the mixer in the Annex (named after Toby’s haunt in The Office), set it up on top of the new freezer, collected the ingredients and myself. The freshly painted walls glowed white-blue under the fluorescent lights. At the right angle, I could make out the paint drips from the old mural that lay underneath – round faces with even rounder eyes. My nerves bounced around all the silver and steel in the room.

Muscle memory and music overtook my senses. It took some getting used to – new things in new places, old things long discarded. After a few starts and stutters (and a loan of coconut milk from Kris), I had assembled my coconut icebox cake – a guaranteed crowd pleaser. 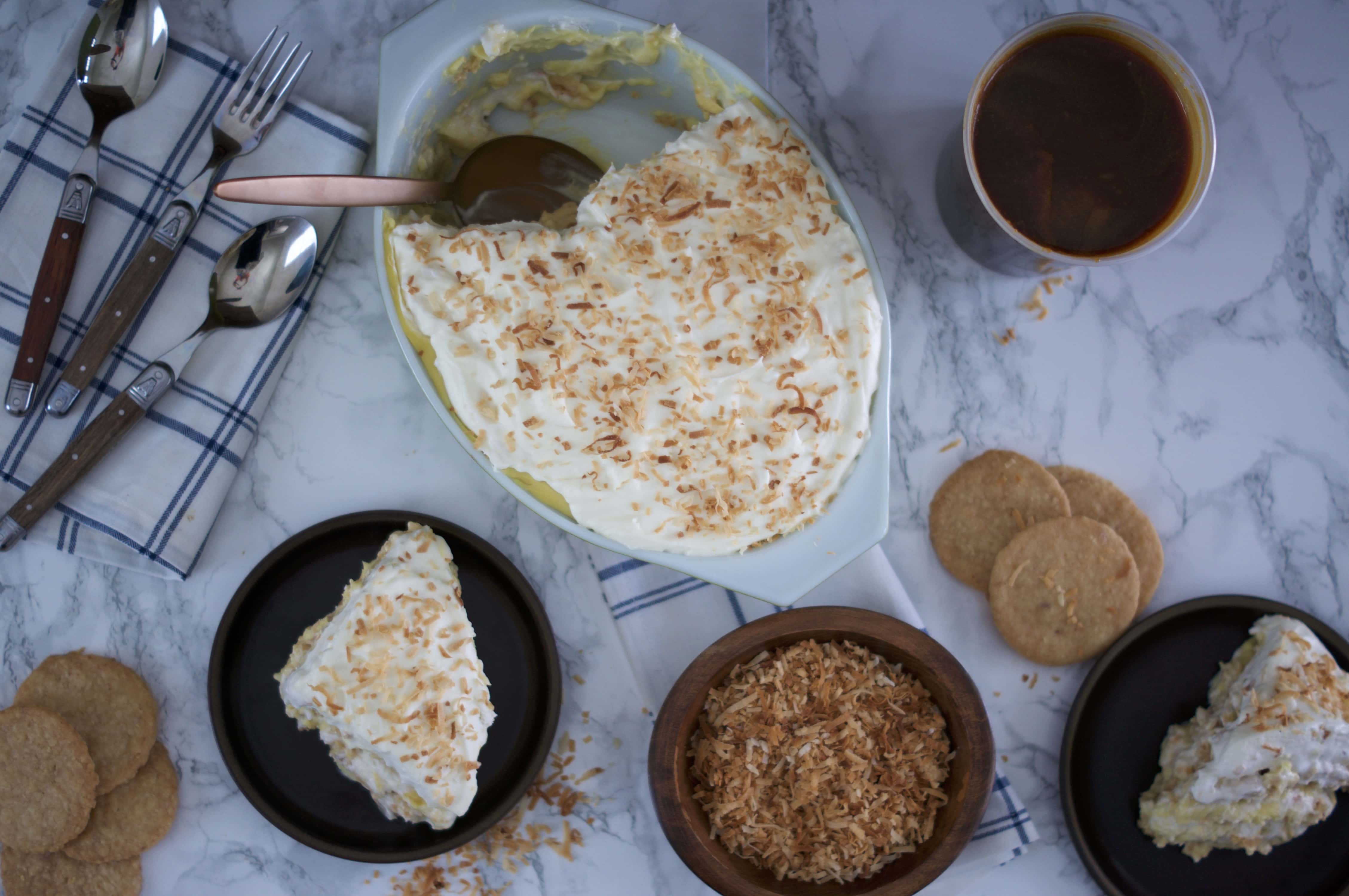 Dinner service that night was like I’d never experienced. The switch to table service had made all the difference. The pendant lamps glowed softly, warmth in the winter night, the din of diners never rising above the dim light – a constant measure of contentment.

The icebox cake sold out by Saturday night. Despite the abundance of short ribs and fried biscuits – I felt lighter yet still. 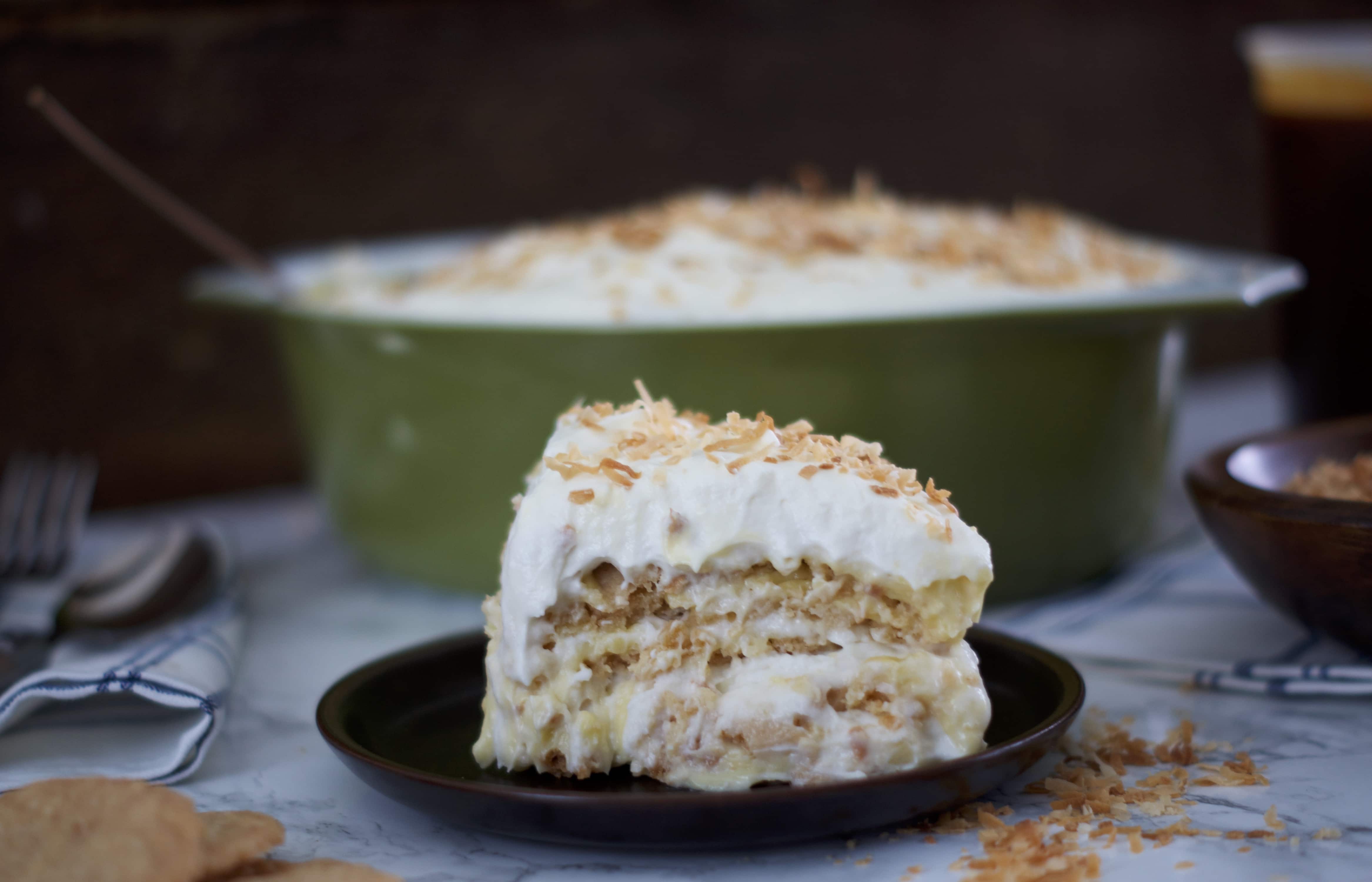 Commuting Sunday morning was as it ever was. Slowly creeping out of the driveway and down the nearly empty highway. Headlights passing me on one side, taillights guiding me on the other.

Jen was awaiting me when I got there – a little late despite my best efforts to be a model pseudo-employee. How many times had I done this? How many times could I still do this? Jen let me take the reigns while she readied the line for service. I fell into the familiar pivot of dough, oil, rack, then back. Again and again. The pile of doughnuts increasing as the daylight did. It crept over the painted farm fields and variety of vegetables on the building next door. A mural celebrating local produce – tinged the softest shade of pink by the rising sun.

“Wow. We have so much time left,” Jen said, pleasantly surprised. Hands on her hips, she surveyed the work we had done. The work she let me do. 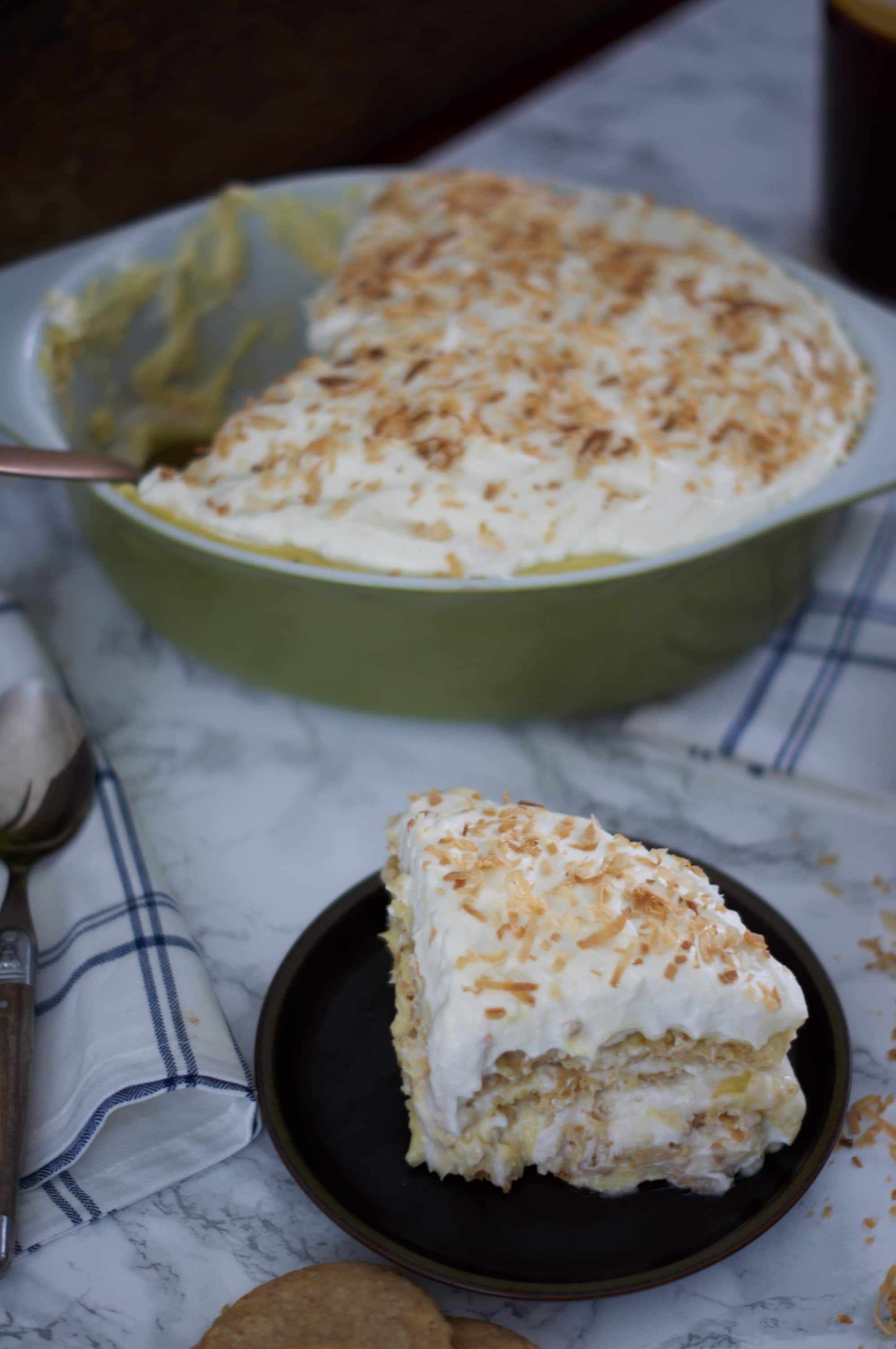 That night, when all the guests were gone and all the cleaning done, Alex and I shared a beer. New Glarus Belgian Red. A farewell tradition started the first time I left.

We sat comfortably, watching the cars go by outside. We talked about wine, apartment hunting, heart surgery, and ramen. Every once in awhile, passing headlights would illuminate a different corner of the room, a different feature of his face.

Suddenly, his entire face lit up, not from a headlight but with remembrance. He sprang out of his chair and started rifling on a shelf behind the bar. He returned with a slim, dark blue box. There was a large “GK” embossed on the top, surrounded by the outline of a spoon.

Inside was the Gray Kunz special edition spoon from last year. He took it out and handed it to me. My hand recognized the weight, the length of the handle. But this one felt softer, smoother than the others we kept en masse in the kitchen. It was copper – in fitting with Alex’s obsession. There were other flashes of it all throughout the restaurant – planters and pots and ladles and more. The entire bar front, which he’d made by hand, was distressed copper sheeting.

I rolled the spoon over in my hands as we continued to drink, to talk. About breadboxes, cookbooks, road trips, and regrets. The bottle ran dry long before the conversation would, but we had to concede. It was time to go. 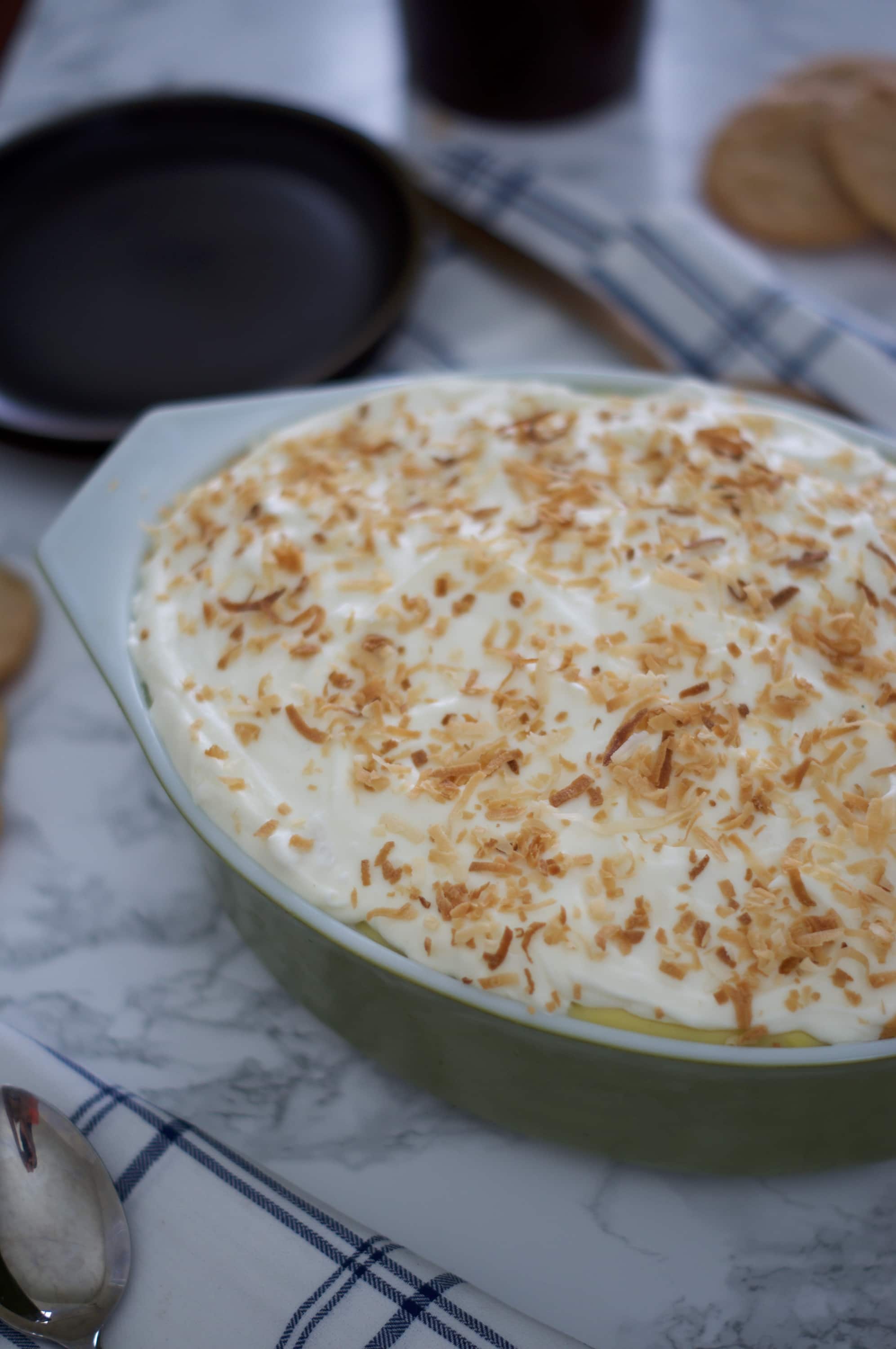 I took the proffered box without thinking, assuming I was only doing a favor. Holding onto it while he cleaned up the glasses, discarded the bottle. The crooked grin and extra sparkle in his eyes gave away what he’d just done.

“No! No! I can’t! This is yours!” I tried to hand it back to him. He shook his head, waved his hands in refusal.

“Amanda. Please, take it. It’s sat in that box for months. I’ve been waiting for the right time to use it. Obviously this is it.”

I accepted the box, and the spoon inside.

We readied ourselves to leave. I hit both switches on the panel beside the door – the back door. For employees only. The kitchen went dark.

“Nope,” he flipped one back on. The light above the door sprang back to life. “This light stays on or Amanda trips down the stairs and hurts herself.”

I began to tear up remembering that morning, that incident. It had been dark, as it always was when I started my shift. Without lights, I didn’t see the trashcans and tripping hazards – tumbling down the stairs on my way to silence the alarm. The nerve damage in my calf still flares up from time to time, a physical reminder of my life there. He had asked me about it while we sat with our drinks. I had stretched it under the table after being still for too long. 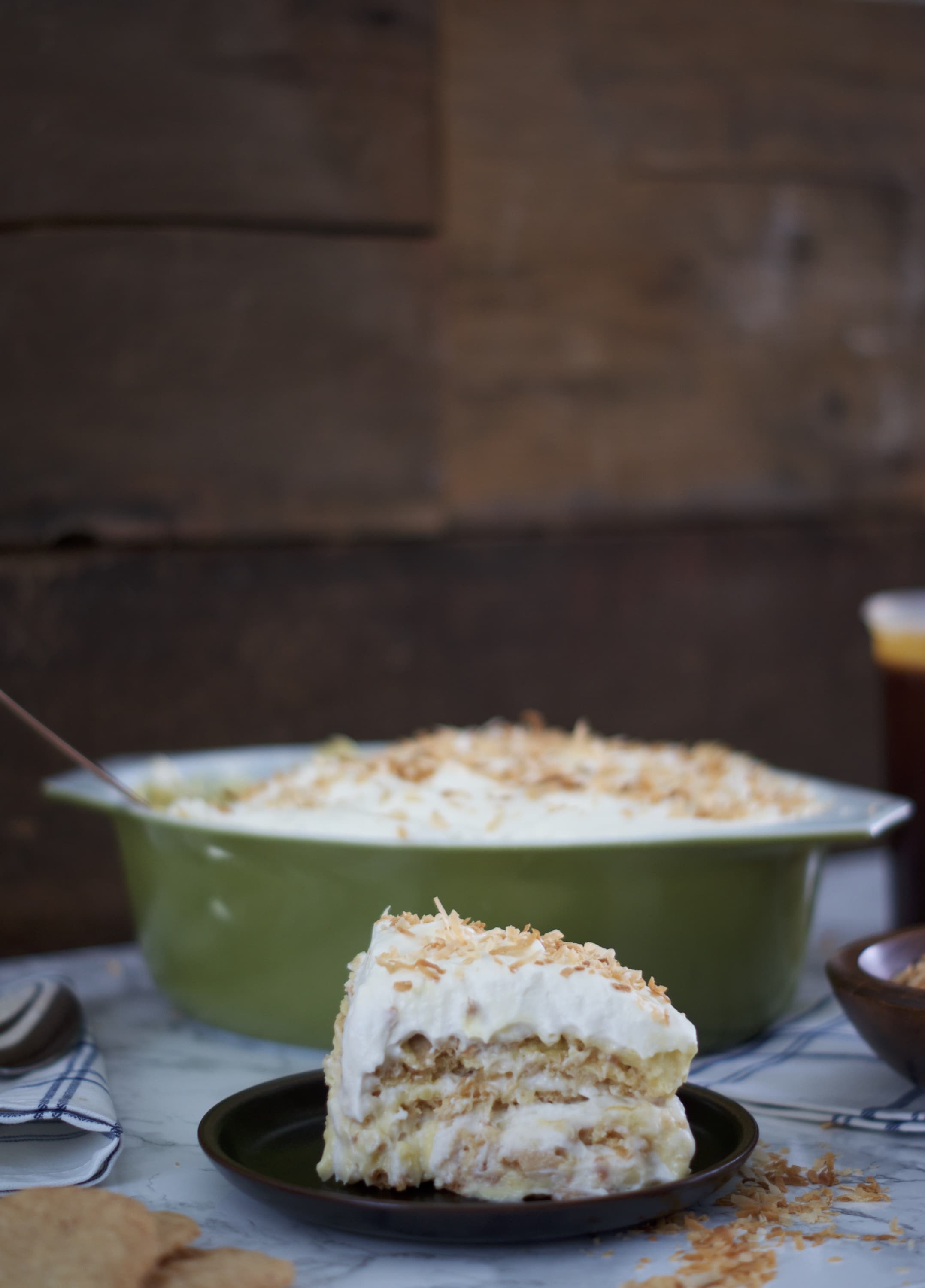 We walked through the rain. It had started just after we sat down. Our cars lay speckled with drops, the road slick with water, everything reflecting the amber streetlights. A small radius of orange glowing against the blackness of the night.

We said goodbye. For the night and for who knows how long. For what felt like the hundredth time that day, I cried. The generosity I had been shown under that roof – be it from Alex or anyone else – knew no bounds. Before, during, and even after my time there. He drove off and for the first time all week, I felt heavier.

I got into my car and set the spoon on the seat beside me.

For the Coconut Shortbread:

Preheat oven to 325 degrees. Spread coconut evenly on rimmed baking sheet and bake in preheated over 10 – 15 minutes, or until golden brown, stirring every five minutes. Remove from oven and allow to cool. Take half of the toasted coconut (about 1 cup) and pulse in food processor until finely ground. Reserve remaining toasted coconut.

In the bowl of a stand mixer fitted with a paddle attachment, cream the butter and sugar together until smooth. Add in the salt and vanilla extract. Add flour and coconut and blend until thoroughly mixed.

Pat dough out into disk on plastic wrap and cover. Refrigerate for at least one hour or overnight.

When ready to bake, preheat oven to 325 degrees. Line baking sheets with parchment paper and set aside.

Lightly flour work surface, rolling pin, and dough. Roll out to less than ¼ inch thick and cut into rounds using a 3 inch cutter (or use a square cutter if using a square pan).

Reroll scraps and cut more cookies until dough is used. (I like to keep the cookies waiting for the oven in the fridge to keep the butter nice and chilled before baking!)

Bake in preheated oven for 20 minutes or until lightly golden brown. Remove from oven and cool on wire rack.

For the Coconut Custard:

In a medium saucepot heat the coconut milk over medium heat until steaming.

While the coconut milk heats, whisk together the yolks, sugar, and cornstarch until thick and pale yellow.

When the cream is heated, slowly pour some into prepared yolks and whisk to temper before pouring egg mixture back into the saucepot. Cook over medium heat, whisking constantly, until thickened, about seven minutes. Stir in salt, vanilla extract, and butter until smooth.

Pour custard into clean bow and cover with plastic wrap. Place in fridge to chill for at least two hours.

For the Coconut Whipped Cream:

To get the coconut cream, gently open the tops of the cans – you’ll see the thick white cream on top, scoop this out, leaving the coconut water behind. Put this in the bowl of a stand mixer and discard the liquid. Using the whisk attachment, whip the coconut cream until light and fluffy. Pour in the heavy cream, powdered sugar, salt, and vanilla extract. Whip on high speed until medium peaks form.

To assemble the icebox cake: