I have a hard time liking what I make. 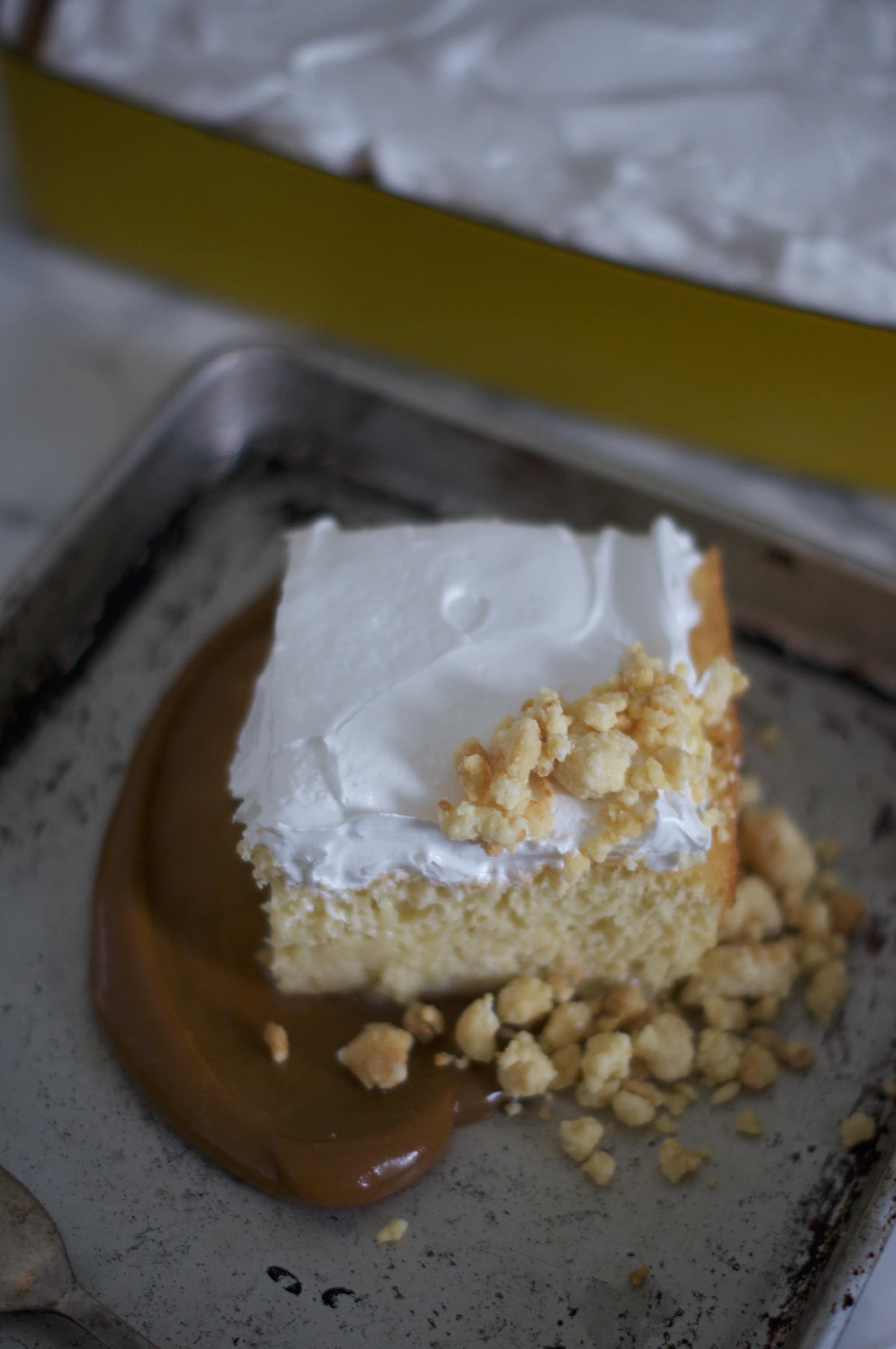 Not because it’s not good. It is! My friends and family and random strangers who I share my wares with all enjoy what I make. They are enthusiastic and emphatic in their praise.

I am, however, my harshest critic. Always have been, (probably) always will be. (I shudder to think at someone being harsher to me than I am.) I’ve got a bad case of perfectionism with a touch of the imposter syndrome – so even if a dessert is good, even great, I think it can be better. 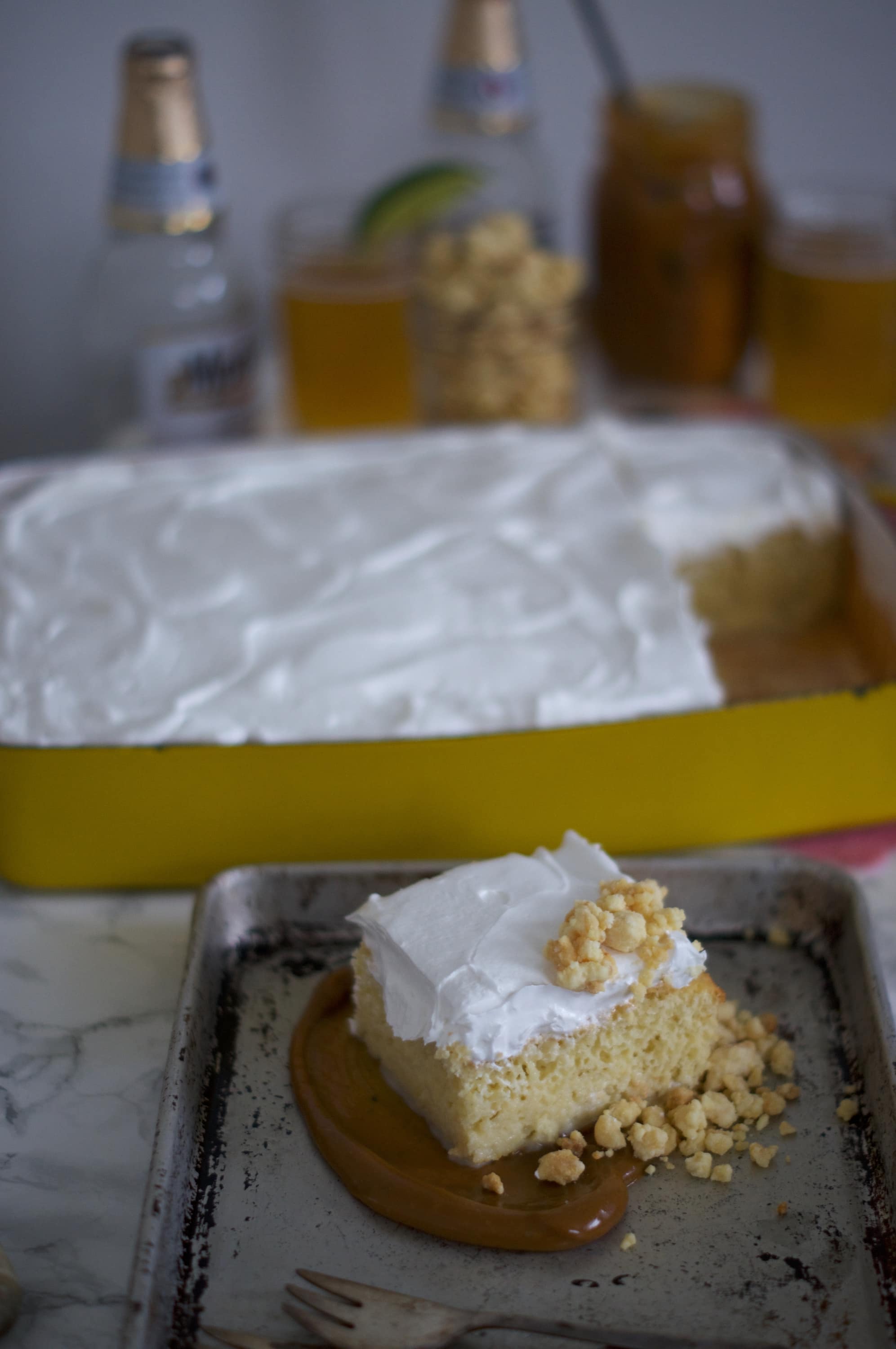 There are exceptions – of course. My banana cream pie, for instance. Or my browned butter chocolate chip cookies. Marion’s mayo cake is beloved by everyone – even me! 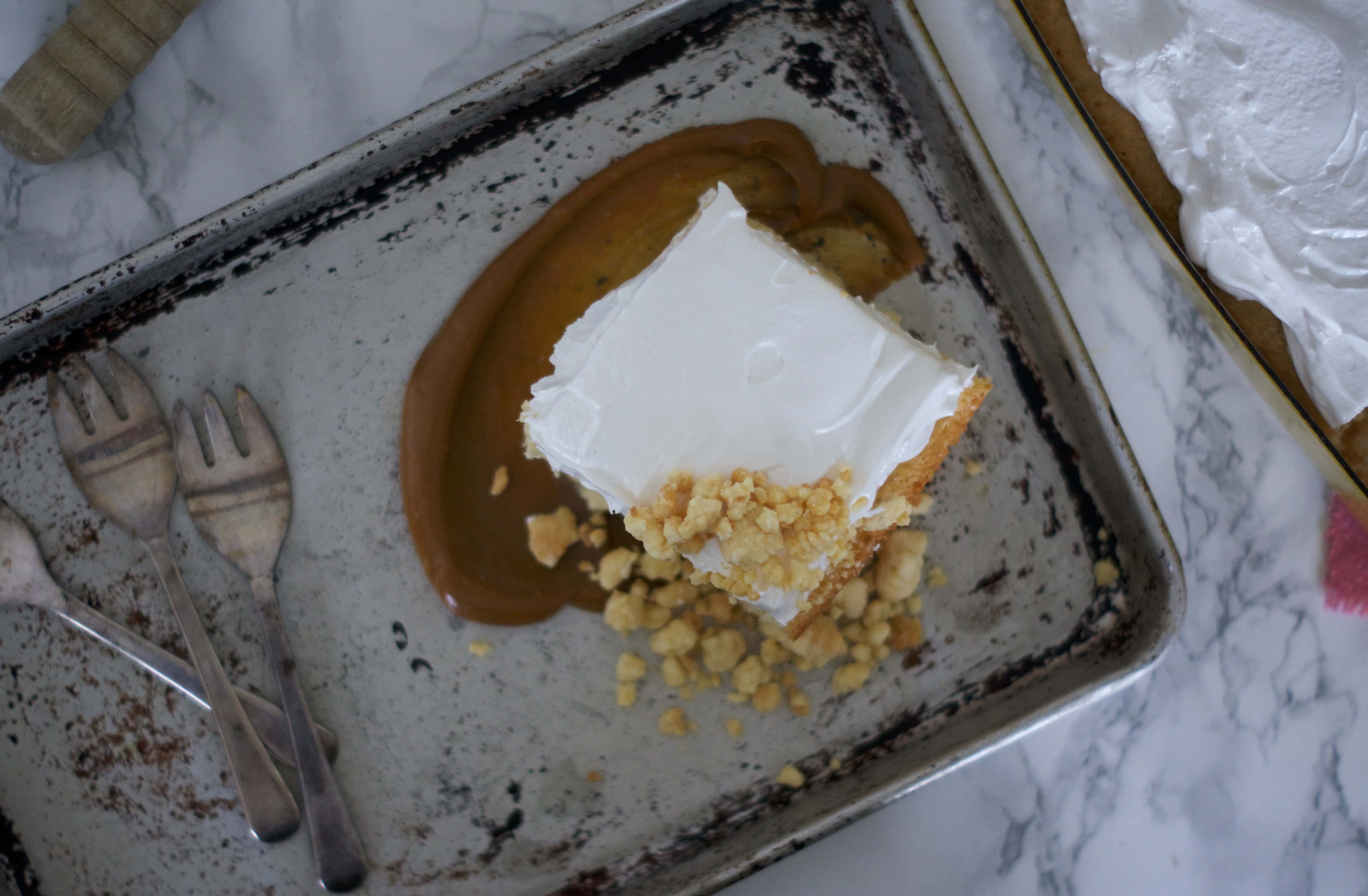 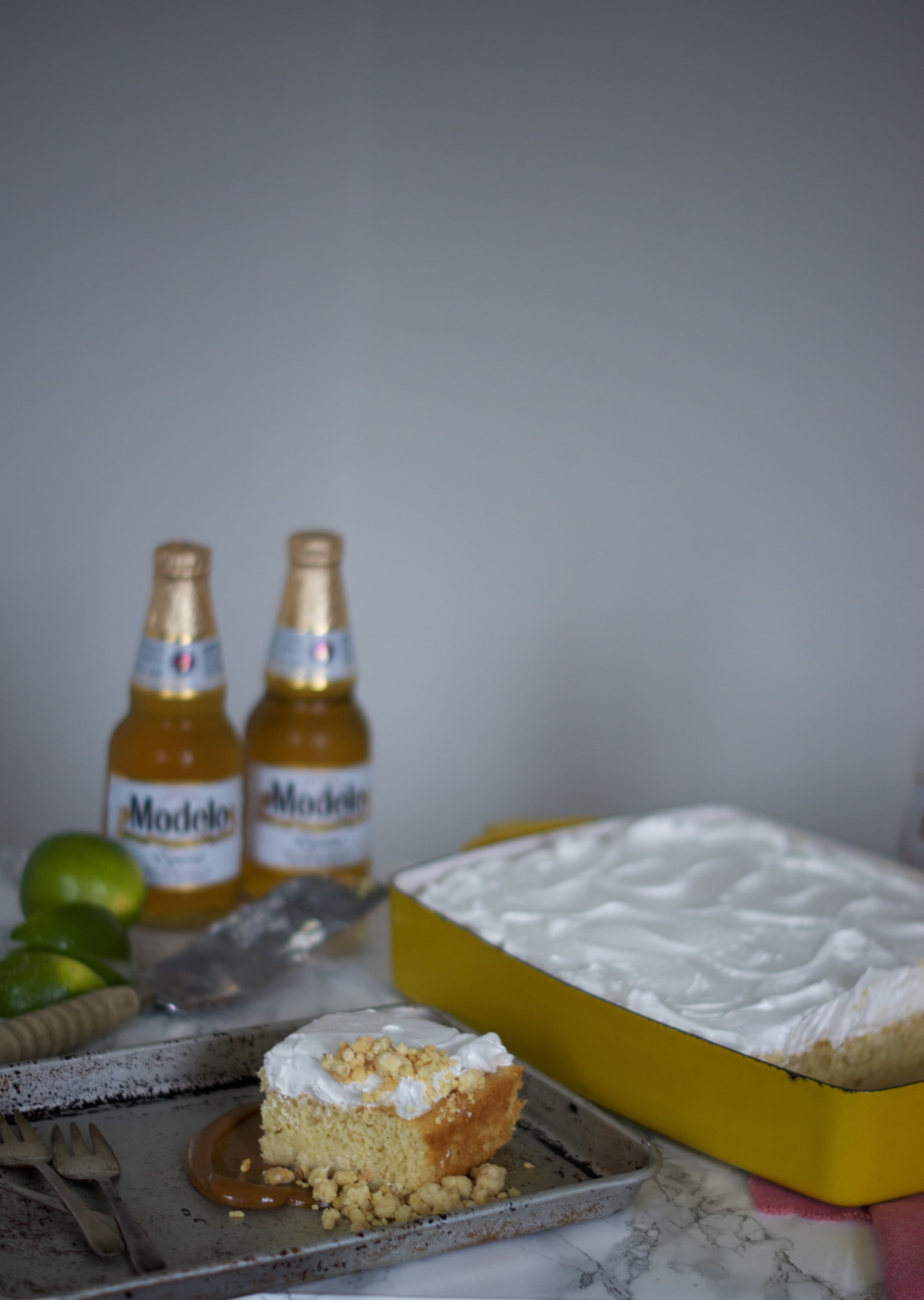 6 eggs, separated with whites whipped to soft peaks with ½ tsp. cream of tartar

⅓ cup beer, preferably a Mexican lager such as Modelo

Preheat oven to 350 degrees. Line a 9x13 baking pan with parchment paper and spray with baking spray, set aside.

Whisk together the flour, baking powder, salt, and cinnamon, set aside.

Cream together the egg yolks and sugar until pale and thick, about three minutes. Add the beer and extracts, stirring to combine. Carefully stir in dry flour mixture, scraping down the bowl to be sure everything is fully incorporated. Gently fold in the whipped egg whites until a smooth batter forms.

Pour into prepared pan and bake in preheated oven for 25 – 30 minutes. Remove from oven and allow to cool for 20 minutes.

While the cake cools mix together the following in a large measuring cup:

Using a meat thermometer or a cake tester, poke holes all over the cooled cake and slowly pour the milk mixture over the top. The liquid will absorb into the cake after a few minutes.

Cover and refrigerate cake for several hours or overnight to let the milk fully absorb into the cake.

½ cup beer, preferably a Mexican lager such as Modelo

In the bowl of a stand mixer fitted with the whisk attachment, whip the merengue powder, beer, and salt on low speed until combined. Increase speed to medium-high and whip until soft peaks form.

While the merengue whips, add the sugar, water, and honey to a medium sauce pot. Place over high head and cook until sugar syrup reaches 240 degrees (soft ball stage). Immediately remove from heat.

Reduce mixer speed to low and slowly drizzle in hot sugar syrup to whipped merengue. Increase speed to high and whip until mixture has cooled and it fluffy and glossy. Add in vanilla. Spread over cooled cake.

Now for the extra two milks that really put this cake over the top!

Serve with a sprinkling of Milk Crumb from Milk Bar and a drizzle of the easiest slow cooker dulce de leche, found on Genius Kitchen.