Seth and I are en route to Greenville right now.

I’ve got a list of about a dozen or so places I want to take him in the next week. Food, drink, more food. 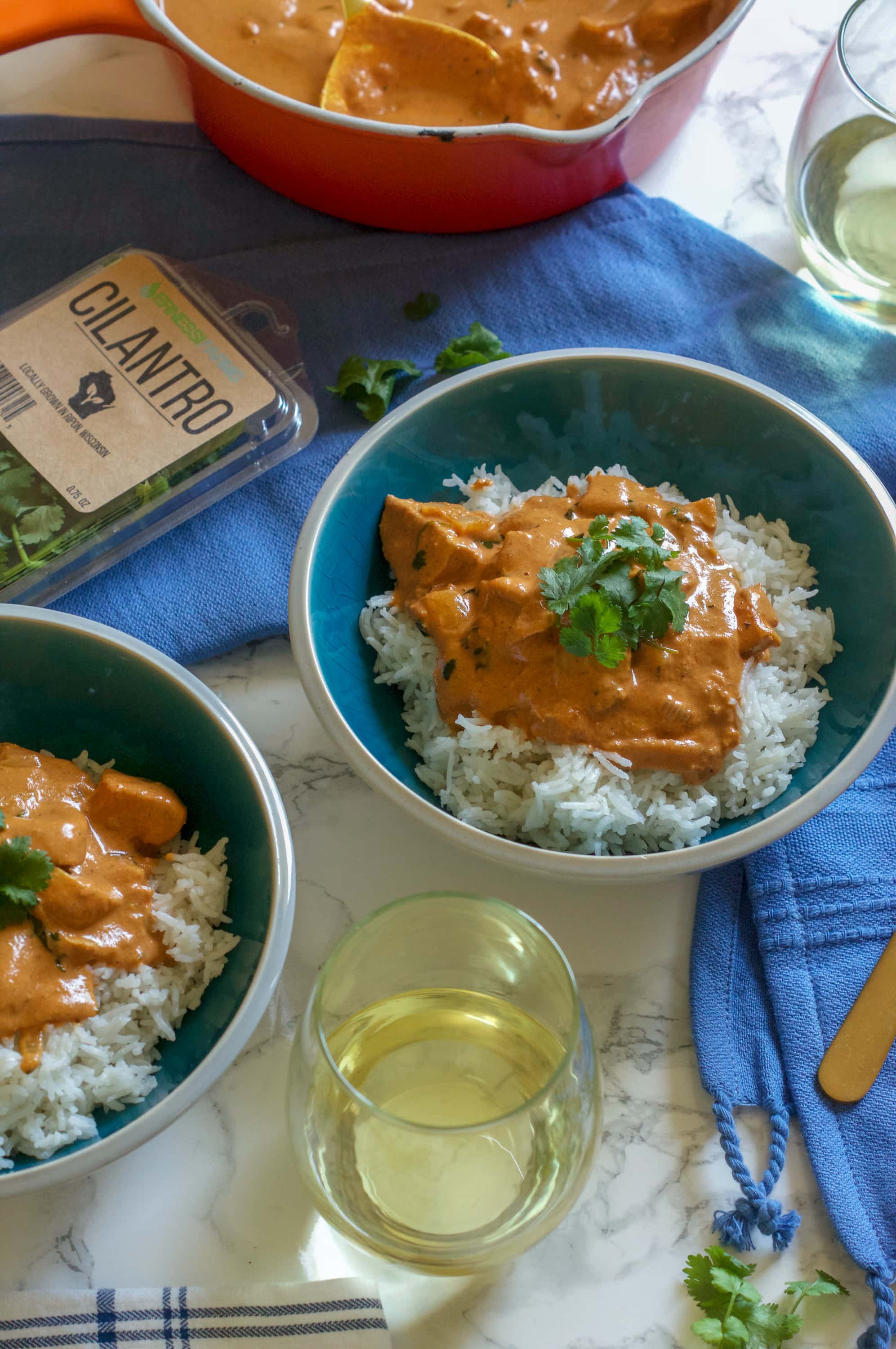 He knows I’m a planner. Knows I like to have game plans and goals – tangible things that we can accomplish on our days away. There’s breakfast at Tandem, coffee at The Village Grind, dinner from Bacon Brothers. And, of course, many a meal eaten at GB&D.

Hopefully, there will be time to stop by my favorite Indian restaurant for their lunch buffet. Paying a mere $7.99 means gaining access to some of the best Indian food I’ve ever had (and, oddly, some of the most refreshing water that has ever crossed my lips).

It’s been so long since I’ve had their food that the withdrawals have forced me to recreate my own versions. First, naan and now chicken tikka masala. Tender, flavorful, and nearly as good as Handi’s, it’s easier than you think to make takeout at home.

So, if you can’t make it to the lunch buffet, head over to Ernessi’s site to check out the recipe!