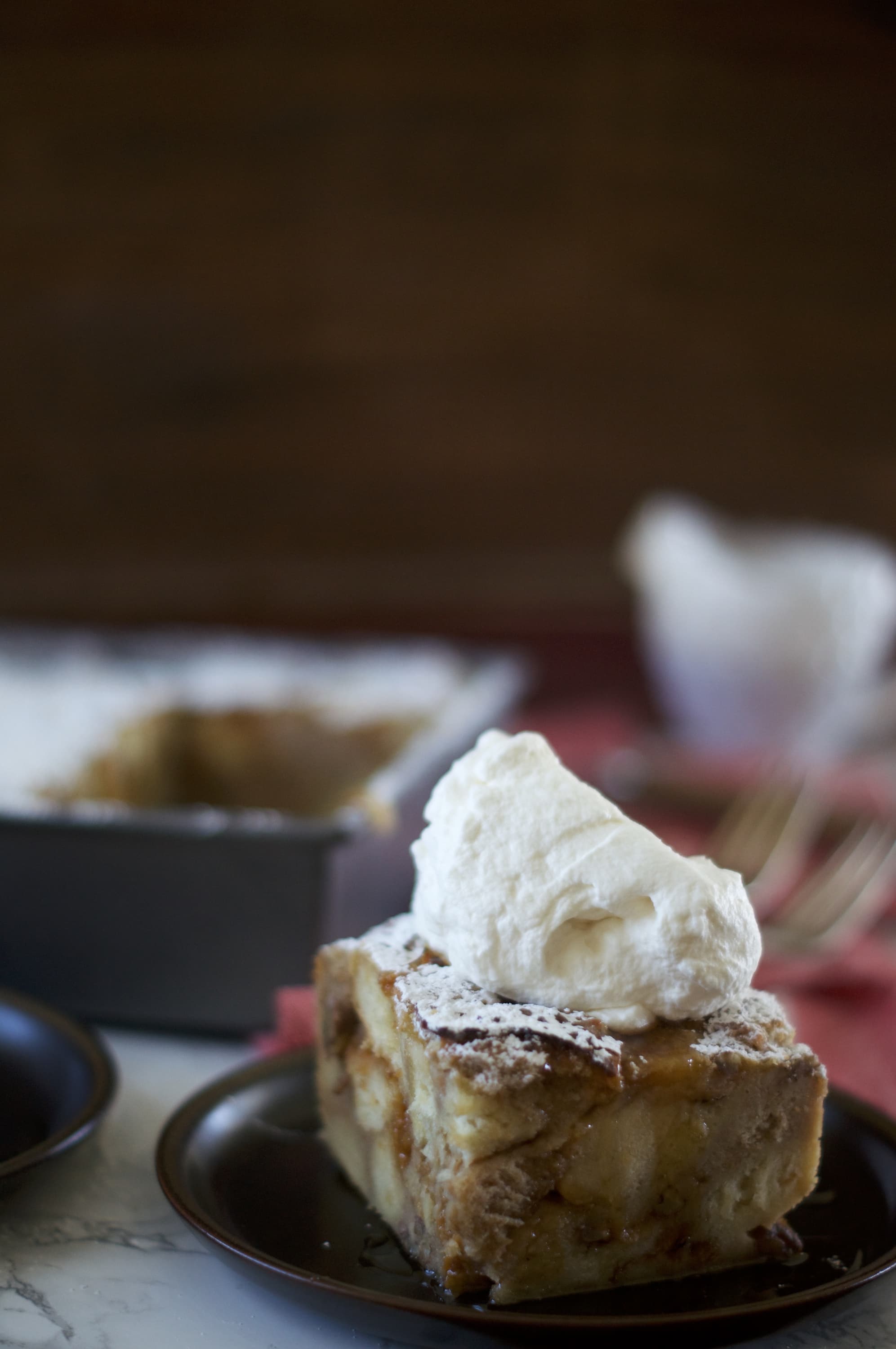 But I love Danielle.

And she loves bread pudding.

And she’s here! Finally. After months of planning and prepping – she’s here. In the flesh. Fo realz. She’s currently sleeping since we didn’t get home from the airport until nearly 2am. It’s so nice to know that when she wakes up she’ll have a pan of bread pudding waiting for her. 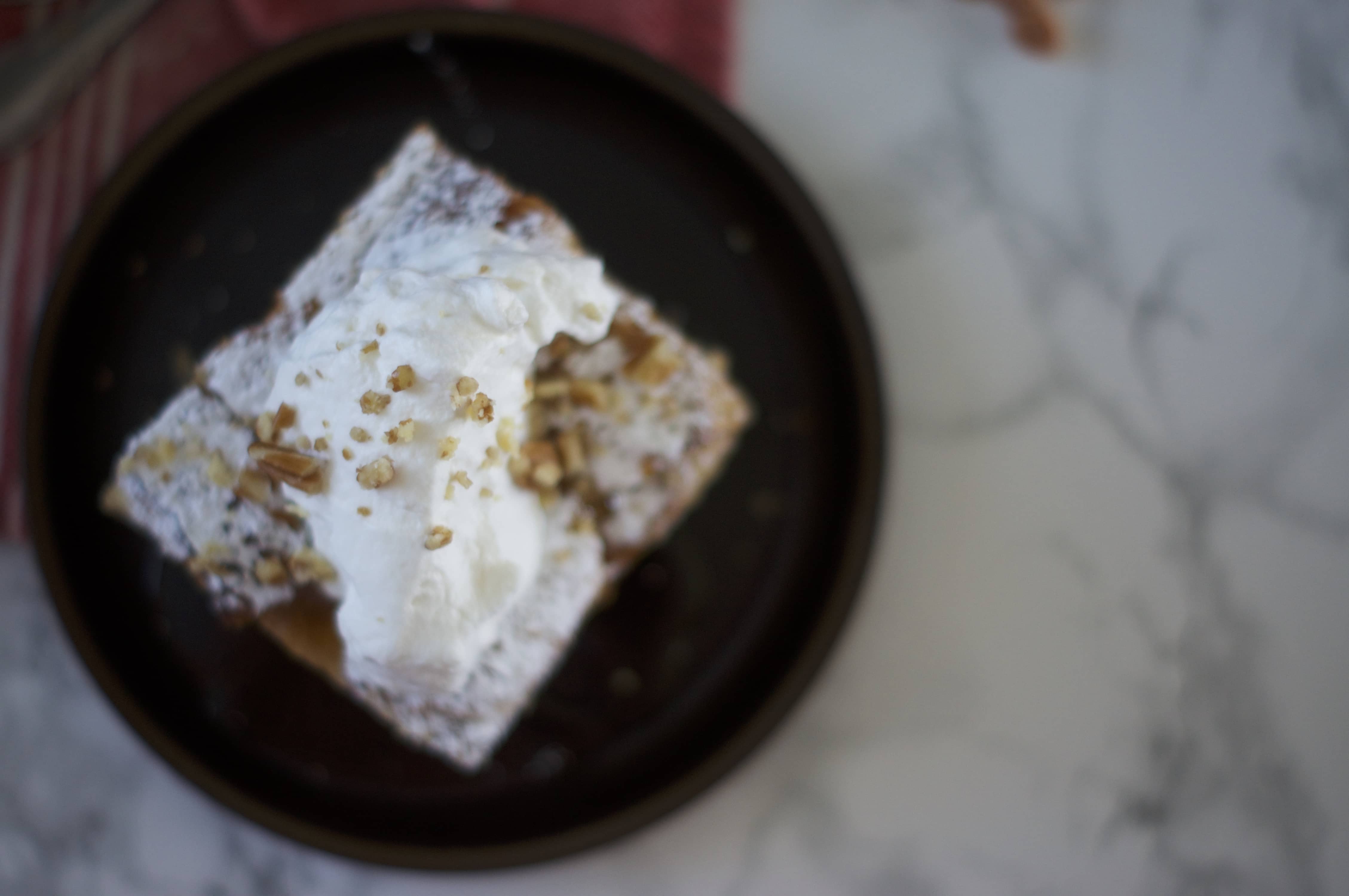 To be honest, I almost didn’t make it. Then when I realized I had the opportunity to put booze in something, I seized it. And threw in some butterscotch chips and toasted pecans for good measure. It was also the opportunity to make my friend happy. Because if she can fly across the country with a Chick-fil-A sandwich stashed in her bag for me, then I can make her bread pudding. It’s called friendship. 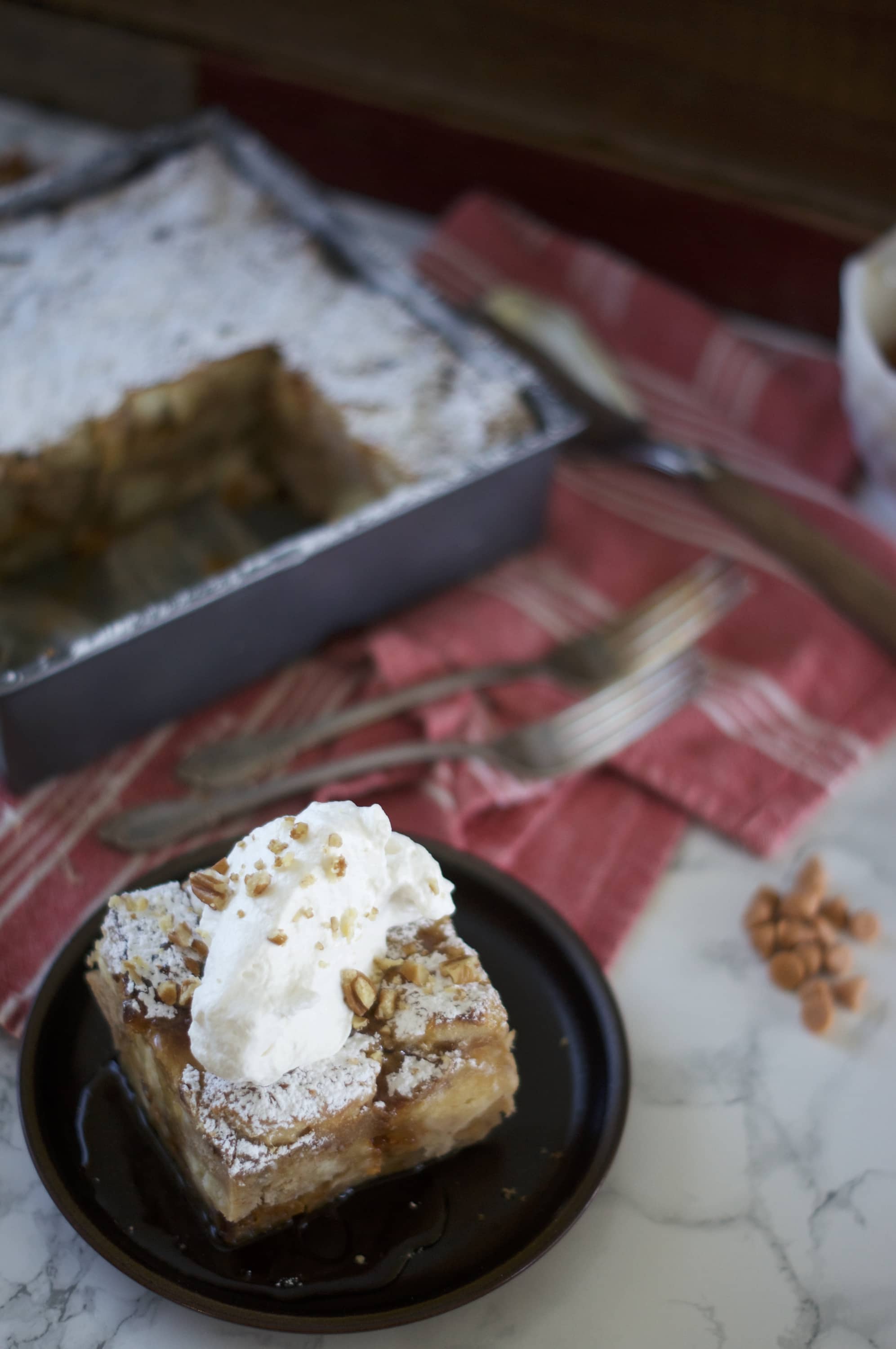 Preheat oven to 350 degrees. Line a 9x13 pan with parchment paper and spray with nonstick spray. Pour warm water into a large roasting pan and place in oven.

Put bread cubes in a large mixing bowl and set aside.

In a medium saucepot heat the milk, butter, and whiskey until the butter has completely melted.

While the butter melts, whisk together the eggs, brown sugar, vanilla extract, and salt. Slowly pour into the warm milk mixture and whisk to combine.

Pour custard over bread cubes and gently toss to coat and combine. Stir in butterscotch and pecans.

Pour mixture into prepared pan and set in large roasting pan. Place in oven and fill roaster halfway up with warm water to create a water – this will gently cook the custard of the bread pudding without drying it out. Bake in preheated oven for 40 – 45 minutes, or until center temps at 165 degrees.

Remove from oven and water bath and cool on rack until easy enough to handle.

While the bread pudding cools, whisk together the syrup and whiskey in a small saucepot and heat over medium heat for a few minutes.

For the whipped cream:

Add all ingredients to the bowl of a stand mixer fitted with the whisk attachment and whip on high for 3 – 5 minutes, until medium peaks form.