Have you ever been into a bakery that just has that certain “feel?” That’s light and airy, but not in a minimalist, slightly pretentious way. That feels bright and cheery and smells of the pastries in the oven and has a low, steady hum of happy activity? That’s comforting with big, open windows that let the sunshine in, warming your back as you sit and sip coffee while enjoying a treat. The one where regulars come in and are greeted with a smile and their order ready to go? 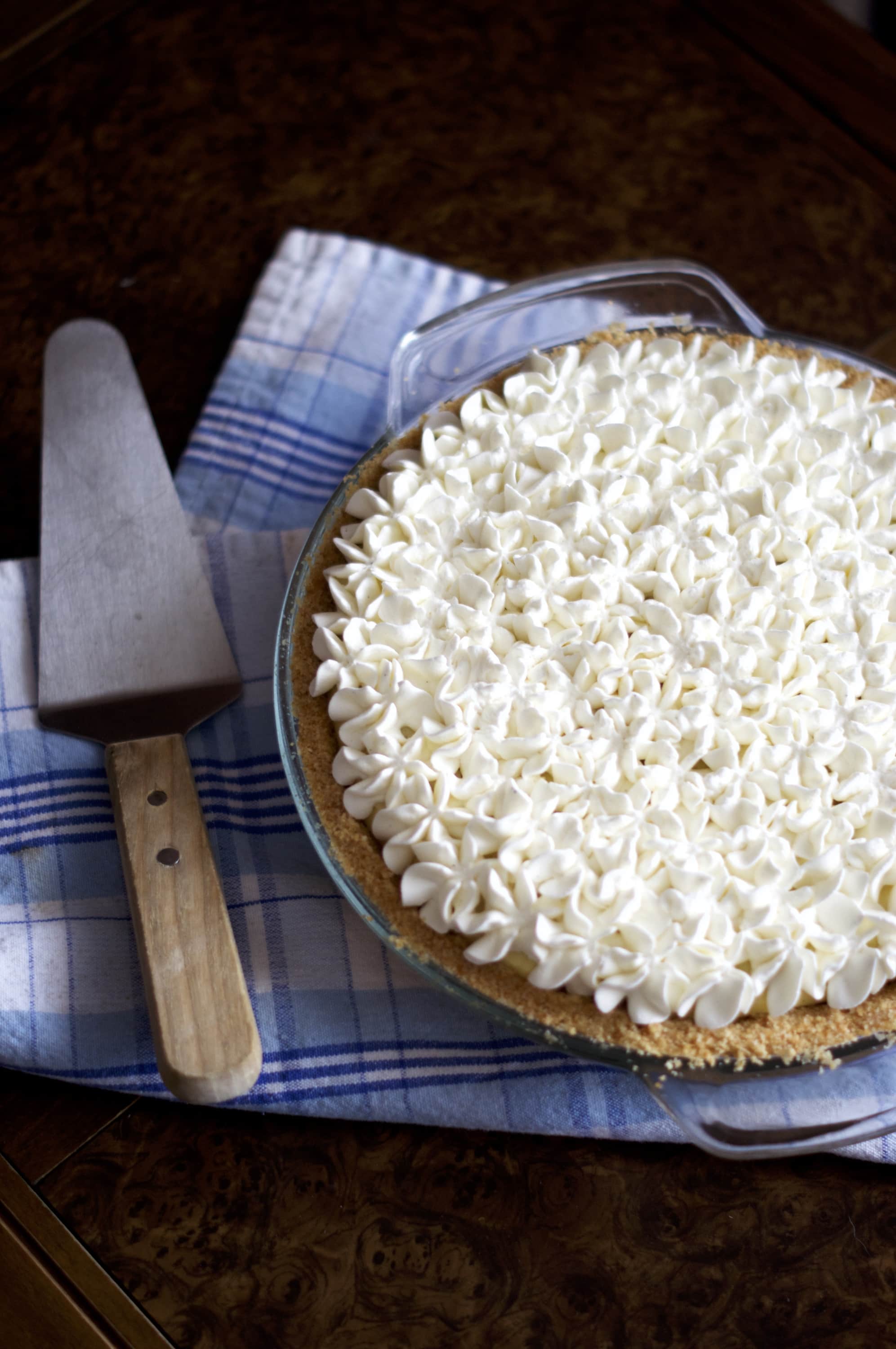 I’ve been to a few of those places. Bittersweet in Chicago, Fraiche (sadly, now closed) in Evanston, and Back In The Day Bakery in Savannah. They’re not only filled with delicious baked goods but also fill me with a sense of wonder, a feeling of “There it is. This is home.” 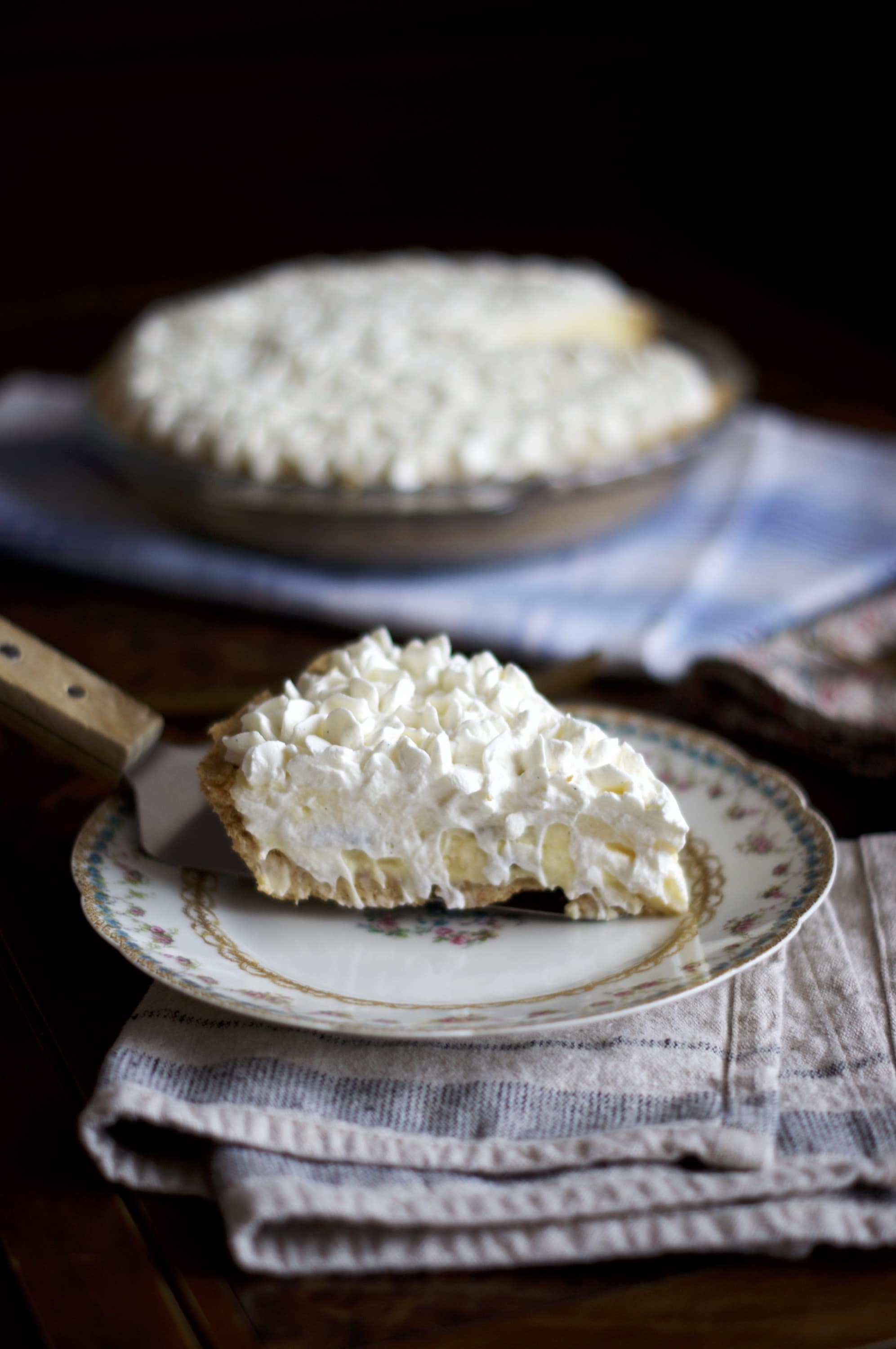 If it isn’t obvious after last week's post and now today’s musings, I’ve got Georgia on my mind, Savannah in particular. I want to go and walk the streets and visit Forsyth Park and spend an afternoon in that bakery that feels like home.

Until I do that though, I have this pie, practiced for years and perfected at last. The vanilla pudding has become the backbone of most of my pastry cream recipes, being deceivingly simple without being bland. The crust is a mixture of graham crackers and vanilla wafers, a little old south mixed with a Midwestern staple. The whipped cream isn’t too sweet, offering a textural contrast that ties everything together. 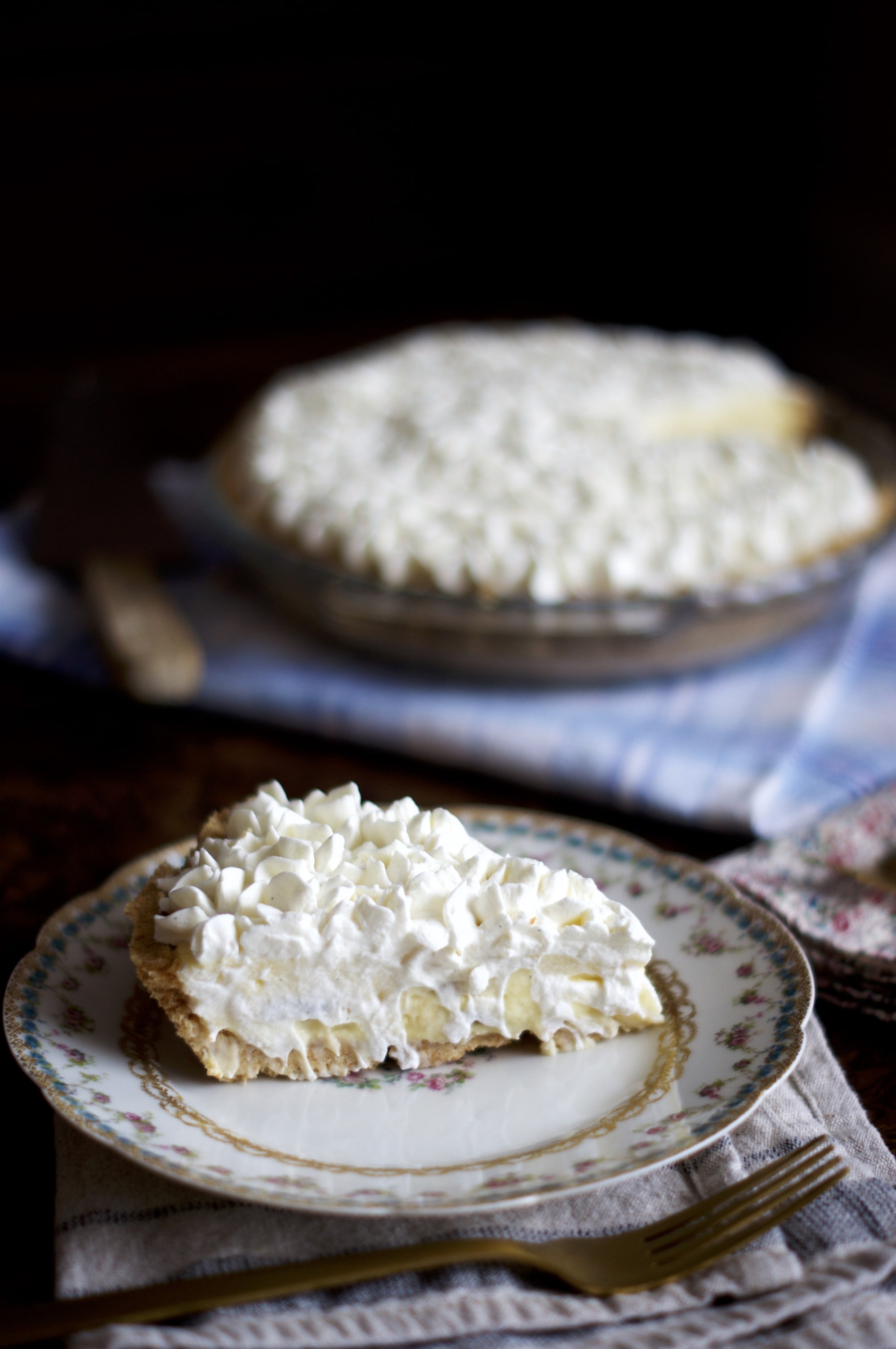 (makes 1 9-inch pie, adapted from Back In The Day Bakery)

In the bowl of a food processor, pulse the graham crackers and vanilla wafers until only fine crumbs remain. Pulse in sugar, flour, and salt. Stir in butter until mixture is damp like sand. Press into a 9-inch pie plate and bake in preheated oven for 7 – 10 minutes, until lightly golden brown.

In a medium saucepan, warm half&half until nearly scalding.

While the half&half warms, whisk together the yolks, sugar, cornstarch, and salt until light and thick. Once half&half is warm, pour a little into the egg yolk mixture, whisking to temper the eggs. Pour back into the saucepan and cook custard on medium heat, whisking constantly, until soft peaks begin to form. Remove from heat and stir in butter and vanilla extract.

Pour custard into a glass bowl, cover with plastic wrap and refrigerate until cool, at least 30 minutes.

Once crust and custard are cool, spread a thin layer of custard onto crust. Cover in sliced bananas and brush with lemon juice to prevent browning. Repeat process until bananas and custard are gone. Cover with plastic wrap and chill for at least 4 hours, if not over night.

When ready to serve, make the whipped cream. In the bowl of a stand mixer fitted with the whisk attachment, combine the whipping cream, powdered sugar, salt, and vanilla extract. Whip on high until stiff peaks form and serve atop pie.

Pie can be stored for 3 days. 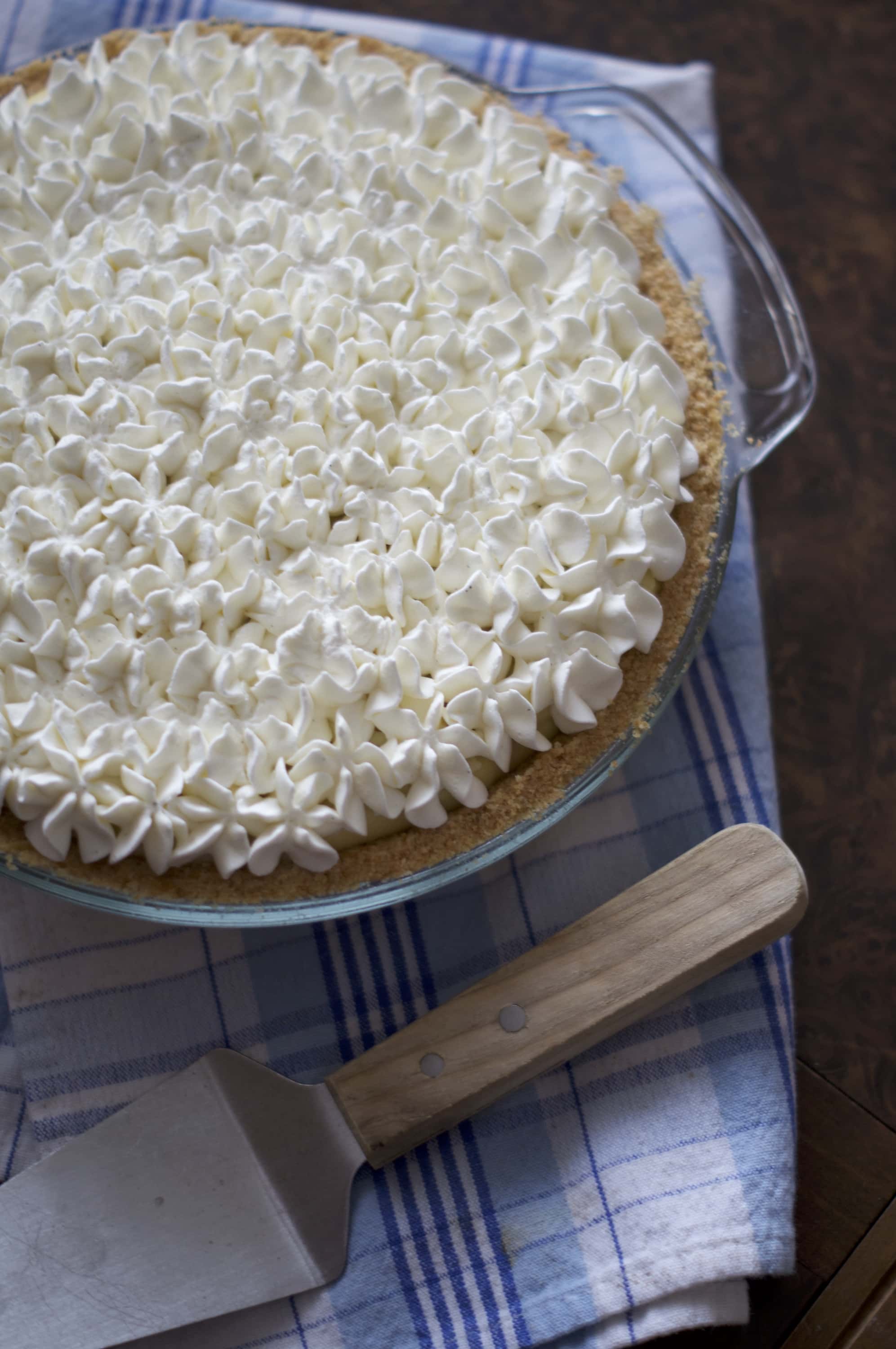